How do I divide this plant? 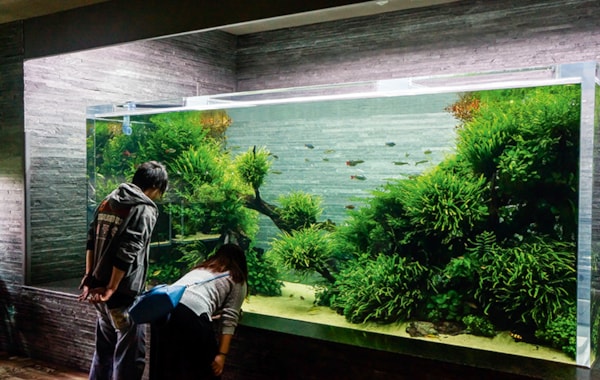 Neale Monks advises a reader on the best way to divide a Java fern.

Q: I have a massive Java fern that has been slowly growing in my tank for years. I want to cut it down a bit so that I can give some away to a couple of friends. How do I go about doing this without damaging the plant? It’s growing on a big piece of wood.

A: Neale says: The easiest way to propagate Java fern is to remove the little plantlets that develop on the ends of large leaves. These can be attached to a suitable rock or twig, and left to grow into mature plants. Java ferns tend to produce these freely, and eventually, once they have developed their own stems and roots, the plantlets detach and drift away until they settle into some suitable niche.

But when it comes to physically dividing the clump itself, what you need to do is cut the rhizome. This is the horizontal stem-like structure that encrusts rocks and bogwood roots, and from which the leaves sprout. If you look at a Java fern clump, there’s usually a big brown mass of hairy fibres (effectively the roots) attached to the solid structure the plant is growing on. Somewhere in there will be a green stem-like structure called a rhizome, and you can use a sharp knife to cut this in two.

Once done, the fibrous mass can be pulled apart into two or three pieces, as required. So long as the rhizome has some of its roots and some of the mature leaves, it should survive the process and quickly start encrusting any solid object that it’s attached to.