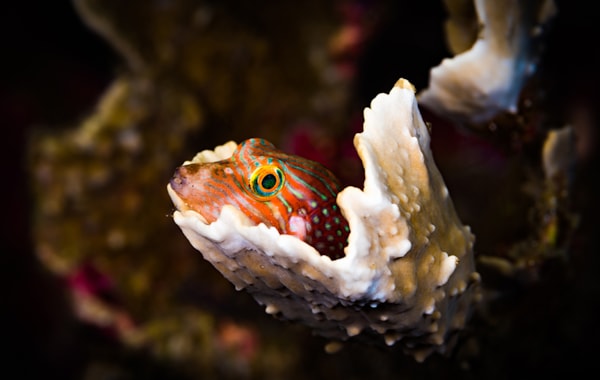 Do fish sleep? The problem with that is that sleep is usually defined as specific activity in the neocortex of the brain, and fish don’t have a neocortex.

Some species display ‘behavioural sleep’ which involves a physical resting stage with what appears to be reduced cognitive function. Some fish will even enter such a torpor that you can gently pick them up without them noticing (don’t try this at home).

Pelagic fish like tuna don’t appear to sleep at all, even in the physical sense. However it is suspected that the monotony of their environment is such that even when swimming through open spaces, there’s so little mental stimulation that the brain is able to update itself (the very function of sleep) without interruption.