Can I keep a turtle with a puffer? 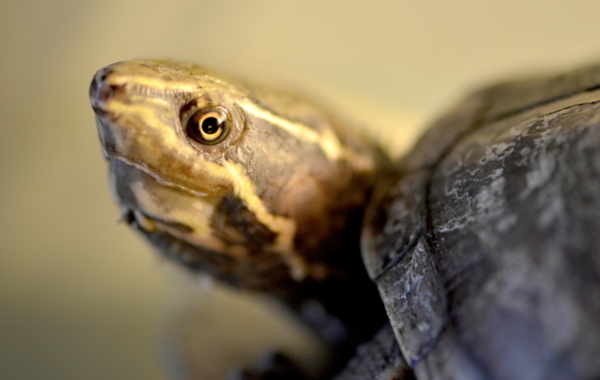 I have a tank containing a five-year-old Musk turtle (it only eats worms and pellets). Could I keep a Hairy puffer in the same aquarium? 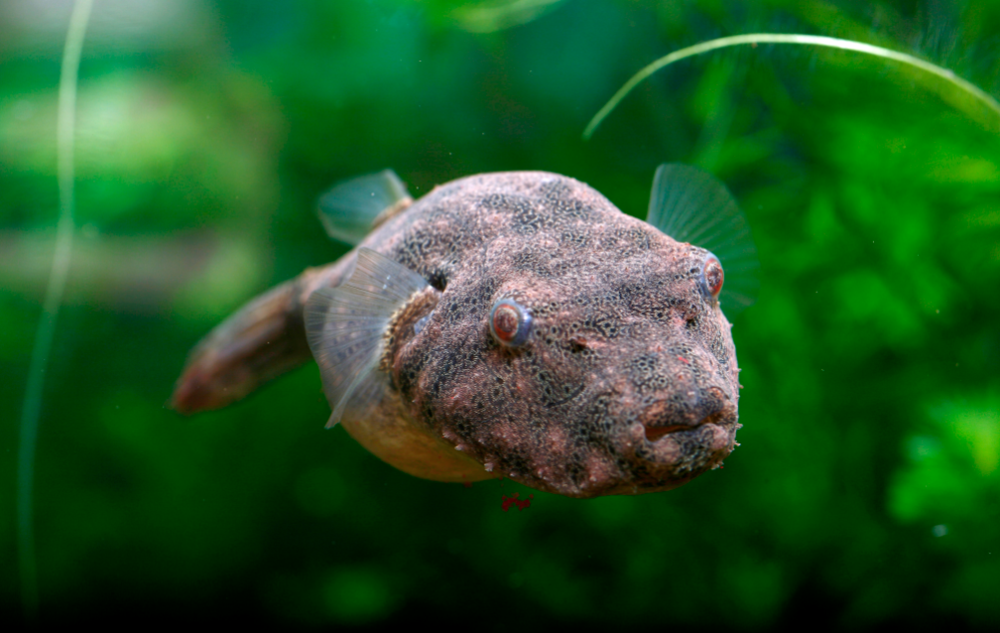 Assuming you’re talking aboutTetraodon baileyi, this species is a lot like other ‘lurker’ pufferfish in preferring habitats with brisk currents and plenty of oxygen. They like to lurk among smooth pebbles and driftwood, where their cryptic colouring helps them to blend in. While they don’t move about much, when prey does move into view, they can accelerate rapidly enough to snap up small fish and crustaceans that get too close to them. Because they are relatively inactive they can be kept in fairly modest aquaria: an adult specimen around the 10cm mark will be perfectly content in a well-filtered and well-maintained 90 l tank.

Their modest requirements have made them popular with people interested in oddballs. Buying a single tank and all the accessories won’t be too expensive, and water changes will be quick to do, which is important for fish that are both greedy and very sensitive to high nitrate levels.

Musk turtles are nice little beasties, but like all turtles they’re not compatible with aquarium fish. Turtles are heavy polluters which means that the water in their tanks rarely has zero ammonia and nitrite values, and nitrate levels rise alarmingly between water changes because of the sheer quantity of food given to them. So while you might see fish and fully aquatic turtles combined in public aquaria, it’s almost never practical to do in the
home aquarium.

In addition, pufferfish tend to be snappy, with a bite-it-and-see approach to finding food. While I doubt even an adult puffer will be able to crack through the shell of your Musk turtle, the flippers and tail are a bit more vulnerable.

So I’m afraid that I really wouldn’t recommend that you mix the two.
NEALE MONKS