Can I build a garden rockpool? 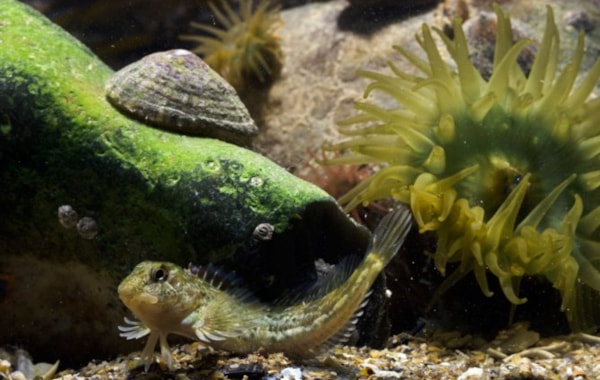 A rockpool in your own back garden sounds a fabulous idea, but is it really feasible? Dave Wolfenden has some advice for a reader who is considering building a saltwater 'pond'...

Q. I've just finished my new garden pond which was going to be for Koi and goldfish. But ever since I read the article 'Tracking down the natives' in the August issue of Practical Fishkeeping magazine, I've been considering the idea of a saltwater pond.

Would it be possible to turn this pond into a rockpool of my own, and make use of the fact I live by the coast?

The pond is 10' 2" by 8' x 3' deep in the centre. Would an ordinary pond liner be safe enough to use and would my UV clarifier and pump work? Would I need to modify the filter?

What kind of stocking levels would be safe? Would the inhabitants survive a cold winter? Would the summer heat be too much for them?

I also wondered if there was a chance some of the inhabitants could escape? I've heard that such a marine system becomes a closed loop where it maintains itself. Is this the case?

A. It’s an interesting idea, but one fraught with potential problems. A regular pond liner would be fine, and providing the pond pump has a plastic (not brass) impeller, then this would be suitable.

However, the UV clarifier, which is designed to flocculate (clump together) single-celled algae responsible for 'green water' in freshwater ponds aiding their subsequent removal by mechanical filtration, would be unsuitable.

In terms of the practicalities, living with an outdoor rockpool would be challenging. Whilst this will be a large volume of water (roughly 6,500 l.), maintaining stability in terms of salinity and temperature will be difficult. Rainfall will dilute the water, leading to drops in salinity which could prove disastrous. Conversely, evaporation will drive salinity up quickly, which can quickly overcome the inhabitants of any such pond.

Rockpool species are generally hardy, but in nature, pools are replenished every few hours, restoring the balance — in a garden, constant maintenance of salinity will be necessary, which I feel is not sustainable.

Temperature would also fluctuate from one extreme to the other, with such a small enclosed body potentially cooking in summer and reaching near freezing in winter — again, this would be very stressful for the pond’s inhabitants.

My advice? Opt for a traditional coldwater pond with Koi or goldfish — these fish are much better suited to life in your system, and they’ll provide you with hours of fun as well as a lot less hassle!