Can I add some gobies to this community tank? 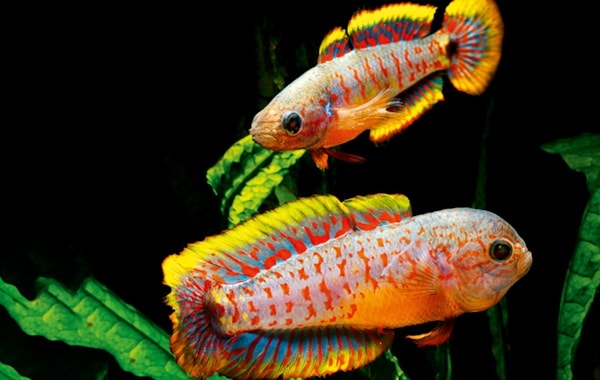 Neale Monks advises on the pitfalls of keeping gobies in a community tank.

Q: I have a 90x38x38cm community tank with Platies, Harlequin rasboras, Lemon tetras and Bronze cories. It’s furnished with rocks and Vallis. I’d love to keep some gobies and I wondered if Peacock gobies would be suitable. Also, how should I feed them as I know some gobies don’t always take flake or pellets. If they won’t work, could you recommend another goby, please?

A: Neale replies: There’s honestly no goby ideally suited to a community tank because they’re all somewhat fussy in one regard or another. Rhinogobius need subtropical conditions; Knight gobies need brackish water; Bumblebee gobies may or may not need brackish water but certainly need plenty of live or frozen foods and cannot be expected to compete for it; the Neon goby, Stiphodon atropurpureus is an inhabitant of fast-flowing mountain streams it isn’t going to do well in a stuffed community tank. Even my personal favourite, the almost indestructible Desert goby, Chlamydogobius eremius, is short-lived and needs to be kept as a breeding colony if you want to enjoy it for any length of time.

They are also finicky feeders that largely ignore flake and pellets. So, while you certainly can keep gobies in mixed-species set-ups, that assumes you’ll be able to feed them. But almost every goby species that I can think of poses particular challenges that makes it less than ideal for a community tank.

The Peacock gudgeon, Tateurndina ocellicauda, is a sleeper goby from New Guinea, and is a typical example of the problem we’re dealing with here. It’s small size (6-7cm) is ideally suited to your tank, and it certainly has lovely colours. Both sexes have blue, red, and yellow markings, though the males often have more intense colours, especially when spawning, as well as a more humped forehead. Females are a little smaller than the males, lack the nuchal hump, and have a yellowy patch around the abdomen. Both are quite lovely though, and pairs form readily under good conditions. Indeed, spawning will likely happen with little input on the part of the aquarist, and the fry are fairly easy to raise, being big enough to take brine shrimp nauplii from the moment they become free swimming. That contrasts with a lot of other goby species where the fry are either tiny, and need infusoria, or else pass through a planktonic stage that may even include drifting down to the sea.

So far, so good. When it comes to feeding, I’ve only ever had success with frozen and live foods. Bloodworm is fine but spirulina-enriched brine shrimp have more nutritional value, and you can also offer small live foods, such as Daphnia periodically. In the summer, it isn’t hard to culture Daphnia outdoors in a water butt or even a large bucket, and well worth doing. They’ll also go for things like mosquito and midge larvae. Really, your challenge will be making sure that the other fish aren’t stealing the food. When I kept Tateurndina ocellicauda in a mixed species set-up, I kept them with fish that wouldn’t compete at all. Halfbeaks and ricefish, for example, only feed from the surface, while slow-moving bottom dwellers, like whiptails, didn’t offer much competition to the gobies.

One last thing about Tateurndina ocellicauda is that it doesn’t do well in very hard water. I used a 50:50 mix of tap and rainwater for something around 12˚dH, pH 7.5 and this seemed to do fine, but breeders often lower the pH a bit, with around 6.5 to 7 probably being ideal.