Can I add more wrasse? 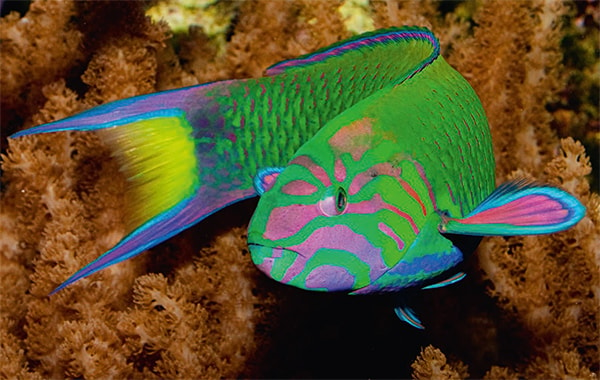 One reader would like to know if he can add more wrasse to his reef aquarium. David Wolfenden offers his advice...

Q) I have a 450 l reef aquarium and I would like to add some more wrasse. I have two in the tank at the moment: a Lunar and a Yellow wrasse, and they get on fine together. I have spoken to several aquatic retailers; some say it would be fine to add a couple more wrasse and others tell me it would be risky. So I’m unsure whether to try it or not. What do you advise?

A) DAVE WOLFENDEN REPLIES: Mixing wrasses can be very difficult, as even some of the smaller species can be aggressive. From the two you have, the Lunar (or Moon) wrasse, Thalassoma lunare, can be quite feisty, whereas the Yellow wrasse, Halichoeres chrysus, tends to be a little more of a laid back character. Having said that, the aggressive tendencies of these fish, as with many reef species, can change according to their tankmates.

Many wrasses will take exception to species with very similar coloration and behaviour, as they view them as competition, and may be more tolerant of species which occupy a different niche or have a significantly different appearance. Bear in mind that wrasses can become more aggressive as they mature, too.

It is a risk, as Thalassoma species can be pretty robust and boisterous — yours should reach a fairly hefty size and might be a bruiser with many other wrasse species, but even the Yellow wrasse could be a problem with another species it views as a competitor. If you’re going to try and add more wrasses, the golden rules are to aim for species from different genera to the ones you already have, and they should be very different in terms of appearance and lifestyle. Ensure the tank has plenty of visual barriers and hiding places, and you could try an acclimation net for any newly-added fish which can smooth the introduction process, allowing the resident fish to become accustomed to new tankmates over a short period of time. This ‘soft introduction’ technique can reduce the risk of the newcomer being attacked; although it’s not guaranteed, it’s definitely worth doing.

Personally, if it was my tank, I wouldn’t add any more wrasse, but it’s your call and it can be done with care.

The Lunar, or Moon, wrasse obtains its name from the yellow caudal fin resembling a crescent (lunate) moon, with extended upper and lower lobes. The tail also gives rise to another common name: the Lyretail wrasse.