Can a tank be too deep for some fish? PFK expert, Neale Monks addresses a readers concerns over the depth of his fish tank.

I’m returning to fishkeeping after a 15-year gap and have been considering a Juwel Rio 200 aquarium. While admiring the tank in the shop, a thought struck me. It has a depth of 65cm, and I wondered whether there was such a thing as a tank that is too deep for some of the most popular tropical fish that we keep. I hope to keep Corydoras, for example.

Neale says: The depth of the tank is rarely an issue for the fish we keep, with a few exceptions. Most fish get their oxygen from the water, and provided there is adequate circulation, they'll get all the oxygen they need by pumping water through their gills.

The exceptions are those species that are either facultative or obligate air breathers. 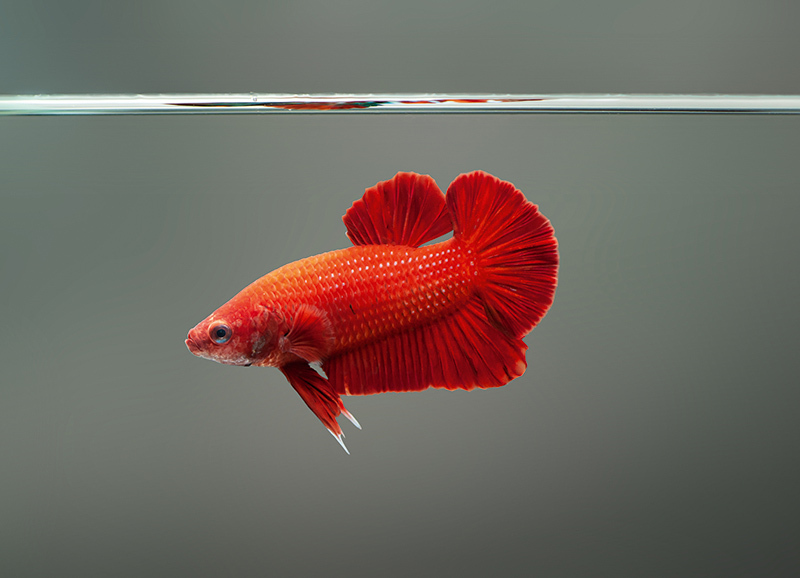 Betta can drown if denied the surface.

Facultative air breathers are those that gulp air when they need to. Corydoras are examples of these, and the rate at which they gulp air increases with temperature. The warmer the water, the less oxygen will dissolve in it, while at the same time, warmer conditions speed up the metabolism of a fish, increasing its demand for oxygen. Some species, including many Corydoras, can handle this sort of situation by gulping air. They don't need to breathe air, and if the water is sufficiently cool and oxygen-rich, they gulp air rarely, if at all. Most cory species are best kept between 22–24˚C, but we often have our tanks a bit warmer than that, so from time to time we will see these catfish heading to the surface to get some air. They may also need some extra air when unusually active, such when digesting a big meal or engaging in energetic social behaviours.

Other facultative air breathers are Hypostomus and Ancistrus catfish and Hoplerythrinus wolf fish, and, like Corydoras, these fish will use air as and when they need to.

Obligate air breathers are species that have no choice but to breathe air, typically because they are adapted to living in habitats where the water contains low levels of dissolved oxygen. If these sorts of fish cannot gulp air they will suffocate, because their gills are simply not well developed enough to supply all the oxygen they need. These fish include Betta and gouramis, collectively known as labyrinth fish because of an air-breathing structure in their head called a labyrinth. Lungfish are another important group of obligate air breathers.

Many air-breathing fish live close to the surface. Betta and gouramis even build their nests from bubbles and floating debris. The depth of the tank is largely irrelevant to them, so long as there is plenty of floating vegetation, such as Indian fern, for them to use.

DID YOU KNOW?
Betta have evolved to live in static water and like gentle currents. In deep tanks with strong water currents they can struggle to get to the surface easily. 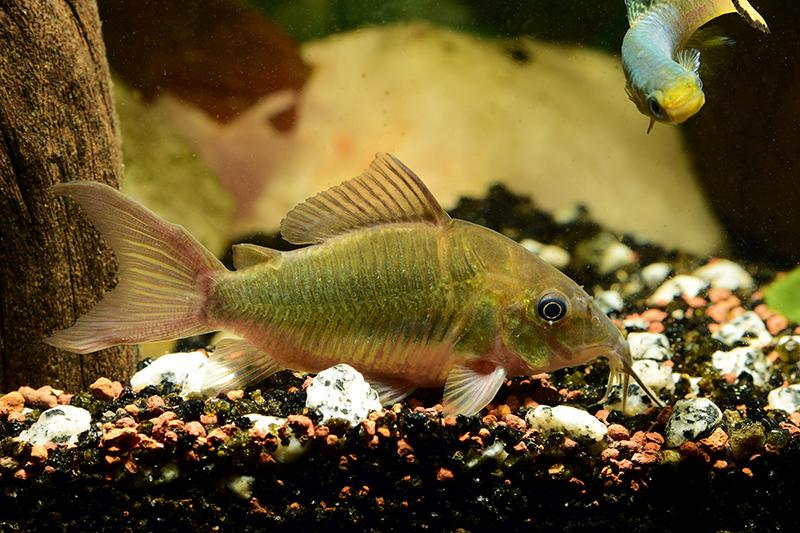 Ex-Brochis are bolder than smaller Corydoras.

If there is plenty of shelter of this kind, these fish will spend most of their time swimming about within the top 10-20cm of the water column.

In a tank that's kept too warm or is overstocked, and where the Corydoras need more oxygen than the water can supply, water depth could present a problem to smaller species, so they’re best kept in tanks around 30-40cm deep, though many aquarists do keep them in much deeper tanks.

Indeed, water depth itself might not be the key thing here — it could be that smaller catfish species simply feel vulnerable in open water when swimming past larger tankmates, and avoid doing so, placing them under a sort of oxygen deficiency stress. After all, Corydoras are prey for many large, midwater fish (notoriously Oscars), and don’t always recognise larger fish such as Angels as harmless tank mates. Therefore, in deeper tanks it may be easier to use the more robust ex-Brochis species that are similar to Corydoras in appearance and habit but more sanguine about swimming past their larger or more boisterous tank mates.

TOP TIP
Keep Corydoras fry in shallow water as they will need to be able to gulp air to fill their swim bladders.