What's the best substrate for Corydoras? 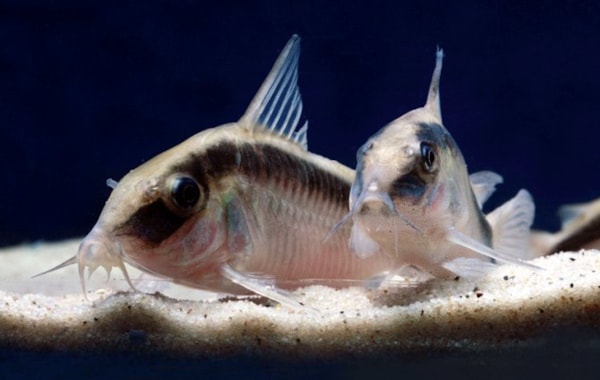 Corydoras like to root around in the substrate for food. So what should we use in the aquarium to allow them to behave naturally, without damage to their barbels? Heiko Bleher explains.

I strongly suggest only fine silica sand, ideally white or beige, but never black or any other colour. Corydoras and their relatives have evolved a specialised head and snout structure adapted for feeding in a fine substrate, usually sand, in search of micro-organisms and also to keep their snout and barbels free of infections and parasites.

Some smaller species, such as Corydoras gracilis (which I discovered in 1975 with 14 other new Corydoras species), C. albolineatus, C. nanus, C. napoensis, C. loretoensis and C. bondi, are among those found among leaf litter over sand. Leaf litter provides protection and nutrition for many small species.

The only Corydoras for which a a fine substrate is not essential are the open water swimmers and the smallest Corydoras known — the pygmy species C. hastatus and C. pygmaeus.

Scleromystax species, including barbatus, kroneei, lacerdai, macropterus, prionotus and variants such as C112 and C113, which were once considered Corydoras, live in mostly rocky ground over a substrate of gravel and sand. They have not evolved to feed in sand as Corydoras have. These are only found in the Atlantic slopes of eastern Brazil and live where the water may drop to 14-15°C/57-59°F. I’ve collected them close to 12°C/54°F during the winter in the south of their range.

It is a crime not to give Corydoras a fine substrate, whether in a shop or private aquarium. They will suffer without one and can damage their barbels feeding in gravel, sometimes resulting in infection and loss of their barbels.

They also need to be kept in groups — never less than four or five of the same species, but the more the merrier. In some habitats I’ve collected hundreds in a single netting.