Are there any ‘easy’ nudibranchs? 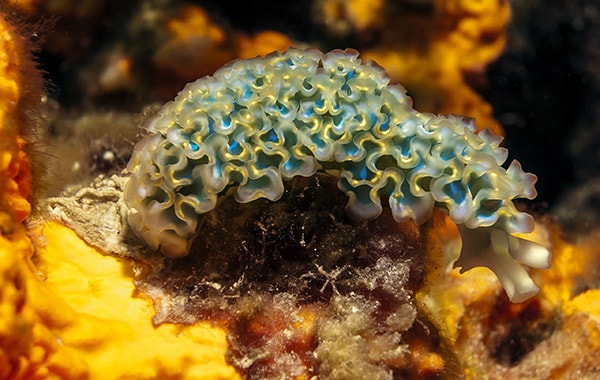 David Wolfenden shares his advice to a reader who wants to know if there are any nudibranchs that can be kept in their reef tank.

Q) I have a 60l reef tank which will be inverts only. Are there any nudibranchs I can keep in this set-up? I’ve seen photos of some really beautiful species but hardly ever see any for sale. Are they really that hard to keep, even in a tank without fish?

A) DAVE WOLFENDEN RESPONDS: The subject of nudibranchs is a really tricky one. Although they tend to be stunningly beautiful, they usually have such exacting dietary requirements – often for a specific species of coral or sponge – that they’re next-to-impossible to maintain in practical terms. Even identifying species can be a challenge, with some nudibranchs in the trade only being identified to genus level, which makes knowing which food they would require extremely difficult, not to mention being able to provide that food (often, maintaining the food species the nudibranch requires represents a considerable challenge in its own right).

For example, the species Jorunna funebris is occasionally offered, and this nudibranch has been noted to feed on ‘blue sponges’. However, due to the highly diverse morphologies that an individual sponge species can adopt, getting the right food can be very difficult indeed.

Some species also represent a danger to tankmates; the stunning Phyllidia varicosa feeds exclusively on sponges, and as above, will starve if the correct food isn’t available. Not only that, they secrete a toxin — apparently sequestered from previous sponge feedings — when they are stressed or dying, which can poison fish. So these should be avoided.

Even alternatives to nudibranchs which are less challenging can still be tricky, with often limited survival in captivity. The Lettuce sea slug Elysia crispata – actually a sacoglossan rather than a nudibranch – is a bizarre-looking animal which feeds on algae. They’re amazing animals, sucking out the contents of the algae and storing the chloroplasts, a process known as kleptoplasy and which gives the animal the fantastic common name of ‘solar powered sea slug’. While this species is certainly a better choice than most nudibranchs, you’d still need to provide a range of macroalgae such as Caulerpa and Bryopsis, with the aim of hitting on species which the animal will eat. They’re by no means impossible, but do require a fair amount of effort if they’re going to thrive.