At 1,125 km/700 miles, the Fly is New Guinea's second-longest river. Only the Sepik is longer. Being home to just under 150 species of freshwater fishes, it is considered to have one of the most diverse freshwater ichthyofauna in the whole of the Australasian region.

Bony tongues
Only one species of bonytongue, the Pearl arowana (Scleropages jardinii) – pictured above – is known from the Fly drainage. This carnivore can reach up to 90cm/35” and inhabits oxbow lakes or slow sections of streams with overhanging vegetation in fairly clear water. 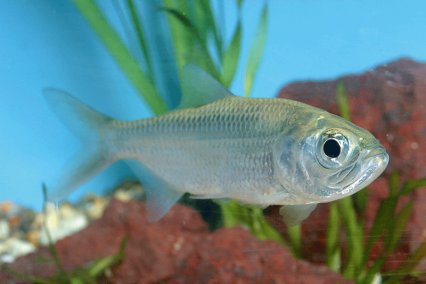 Tarpons
The Indo-Pacific tarpon (Megalops cyprinoides) grows to 1.5 m/5’ and has a fine reputation as a game fish. Although usually found in coastal and brackish habitats, this fish has been found 900 km/560 miles upstream in the Fly drainage. 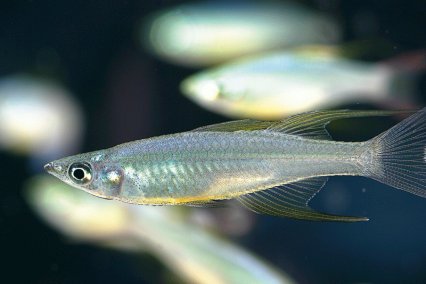 Rainbowfishes
There are about 14 species of rainbowfishes in the genera Iriatherina and Melanotaenia known from the drainage. The Threadfin rainbow (Iriatherina werneri) is one such schooling species that does best in a heavily planted set-up without boisterous tank mates. 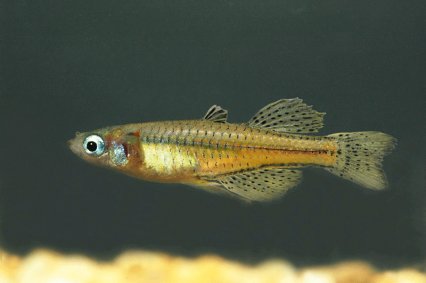 Blue-eyes
Closely related to the rainbowfishes, these are popular aquarium fishes that form large schools in the wild. The males of this group of fishes, such as this Spotted blue-eye (Pseudomugil gertrudae) often engage in spectacular courtship displays. 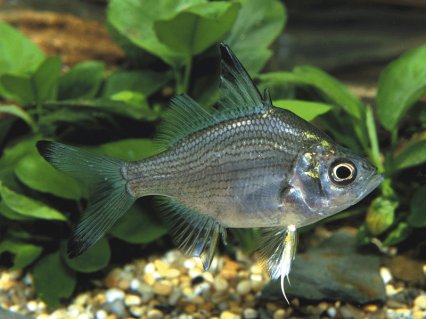 Glassfishes
About two-thirds of all glassfishes (Ambassidae) are found in freshwater, including many species from New Guinea and the Fly drainage. The giant glassfish (Parambassis gulliveri) is one such species frequently found in large, turbid rivers. 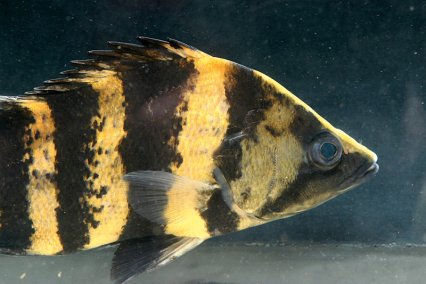 Tiger perches
The Fly drainage is home to New Guinea tiger perch (Datnioides campbelli). This predatory species, which is not seen as often in the trade as its congeners, reaches 35cm/13.8” and is at home in both fresh and brackish water. 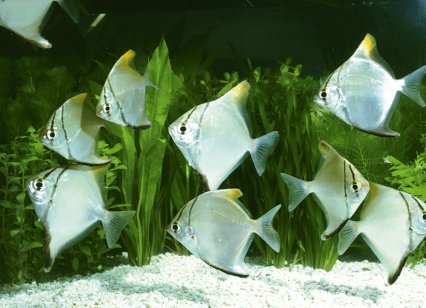 Moonies
One of only five moony species worldwide, the Silver moony or mono (Monodactylus argenteus) is in the Fly drainage. Reaching 30cm/12”, this species predominantly schools in brackish and costal waters, although it can climb freshwater streams to 5-10km/3.1-6.2 miles inland. 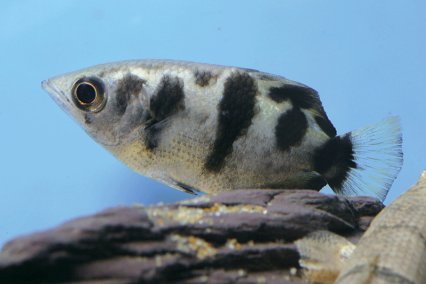 Archerfishes
Three species of archerfishes (Toxotes) are known from the drainage: the Seven-spot (T. chatareus), Banded (T. jaculatrix) and Lorentz’s (T. lorentzi). Unlike the other two species, the Banded archerfish is seldom found in freshwater. 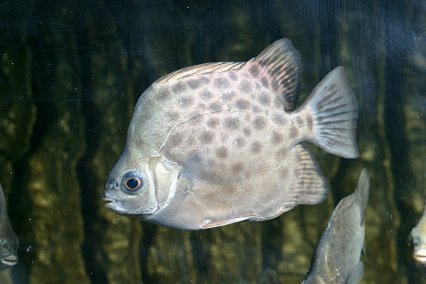 Scats
The Spotted scat (Scatophagus argus) is the only member of its family found in the drainage. This species is usually found in brackish water, although juveniles sometimes enter fresh water but are always found near the coast. 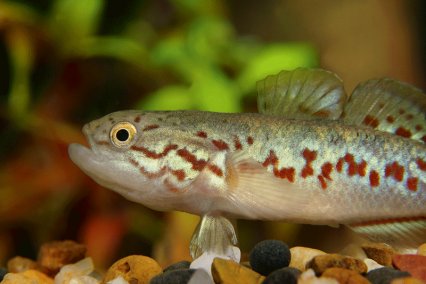 Gudgeons
After rainbowfishes, gudgeons are the most familiar of New Guinea freshwater fishes. They are closely related to gobies and a number of the Australasian species, such as this Northern trout gudgeon (Mogurnda mogurnda), can be quite colourful. 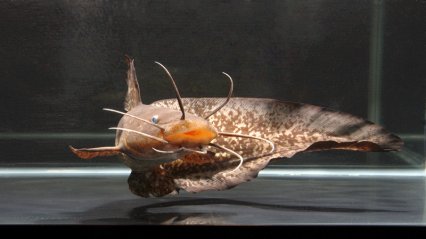 Catfishes
Freshwater catfishes of the Australasian region belong to two families (Ariidae and Plotosidae) that in other regions are marine or brackish estuarine dwellers.  However, many of these catfishes, such as the Maria’s tandan (Oloplotosus mariae), are restricted to freshwater here. Picture by Ben Lee, amiidae.com 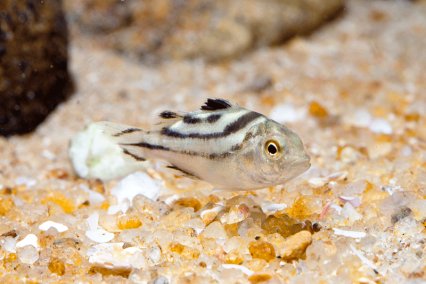 Grunters
Grunters are perches of the family Terapontidae that derive their name from the croaking sounds they make using their swim bladders.  This group of fishes is particularly diverse in the Australasian region, where many species can be found living purely in freshwater, although some brackish/marine species such as this Crescent perch (Terapon jarbua).