What you need to know about dechlorinating 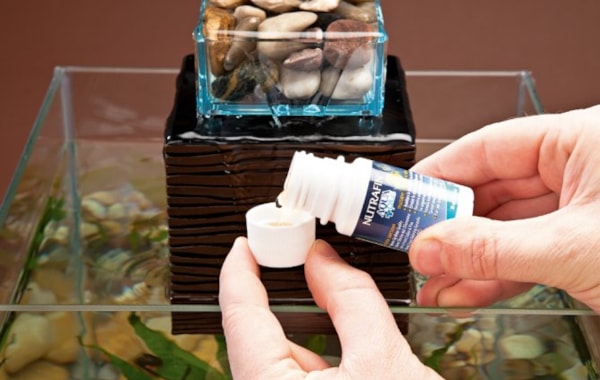 What's good for us is not necessarily good for fish. Nathan Hill looks at measures to combat chlorine in the aquarium.

Chlorine, and its more persistent but lesser-seen cousin chloramine, is in our tapwater for good reason. It kills micro-organisms that would otherwise harm us and without it we’d be ravaged by typhoid, dysentery and other nasties.

It doesn’t distinguish between pathogens and organisms that we as fishkeepers cherish — especially the biological bacteria in our filters. Once in the aquarium, chlorine will demolish filter activity, causing spikes of pollution and subsequent ill health for the fish.

Chlorine will even attack the delicate membranes of our livestock, especially those in the gills, and delicate species can succumb to exposure to it.

Most liquid dechlorinators are composed of a chemical called sodium thiosulphate, although other ingredients are sometimes used, as either an alternative or in tandem with this.

Sodium thiosulphate works by reducing chlorine to chloride, but as chemicals go it’s a pretty remarkable commodity. Humans can even use it to reverse the effects of cyanide poisoning.

Dechlorinators are harmless to fish, except where ludicrous dose rates are involved, so always follow the instructions of whichever proprietary brand you opt for.

There’s confusion as to how long they take to work, but generally they deactivate all chlorine inside two minutes, and chloramines inside five, although some brands are unable to reduce chloramines at all. Other brands may work faster and this will normally be stated on the packaging.

In absence of dechlorinator, simple gas diffusion can be used to prepare tapwater. This involves heavy aeration of water in a bucket for at least 12 hours prior to use, over which time the chlorine will have dissipated into the air.

As well as reducing chlorine, some products claim to go even further. Often, there will be additional ingredients along the lines of herbal or plant extracts, aloe vera and stress relievers. Vitamin E sometimes makes an appearance. Chelating compounds will often be included to help bind heavy metals that sometimes carry in the water supply.

Anything regarding stress relief in fish should be taken cautiously, although in the case of some products there’s supportive evidence adding weight to claims.

One brand can even cite use of its product and a measured reduction in the stress hormone cortisol — and that’s not a claim to be made lightly.

Not everyone is a fan of the additives and some question the ability of these extracts to bond with fish. Others suggest that they can bond too much, smothering gills and affecting breathing.

However, most generally accept that there are benefits to their fish when using these products, and the concerns are ill founded – the author included.

Dechlorination is an essential element for anyone using tapwater to keep their livestock and any claims that it is not needed only serve to show a lack of understanding of the finer functions in the tank.

The products available to combat chlorine are cheap to buy and go a long way, and there’s little excuse for not using one.