What will happen to nature after lockdown? 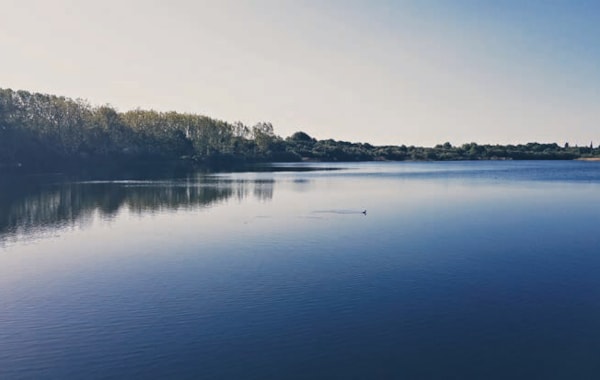 Isn’t nature beautiful? All the more when lockdown means that industry and pollution slows right down, giving ‘Mother Earth’ a chance to pull herself together again. Nathan Hill shares his opinion.

Can our future be native? These last few months, my horizons — all of our horizons — have been markedly contained. Specifically, everything I’ve seen in that period has been either within an hour’s walk or cycle from my home (and given that the cycle is a battered old BMX, that’s not really so far).

It turns out that the sleepy backwoods hamlet that I live in is teeming with little ponds and waterways, like the region was clusterbombed from orbit a few decades back and all the holes left to fill and turn feral. In my desperation to stave off boredom, I’ve been finding as many new morning walk routes as possible, ploughing through hedges and sneaking about under fences on my belly, like some 1940s paratrooper in Europe.

I’ve braved nettles kissing my face, thorns that want to cup my nether regions and I’ve enraged more than one solitary bee, but by way of reward, I’ve seen more ponds (and even a stray lake I never knew existed) than I’ve ever seen over such a short period. And each of them has given me a renewed love for the British indigenous wildlife.

I should qualify that a little bit, before I appear hopelessly naive. My youth was spent on a beach. I’m a waterbaby, but the saline kind. Prodding Beadlet anemones and chasing Shannies filled my formative years, and aside from a couple of nearby brackish streams, anything ‘non sea’ didn’t register. Who wants to hunt for a Ramshorn snail when you’ve got a whole army of crabs waiting for you at every low tide? Not this hyperactive kid, that’s for sure.

One of the consequences of lockdown has been the proliferation of wildlife, and I doubt that anyone has missed that.

‘Nature is healing’ raved the mainstream media recently, glorifying images of clear canals in Italy (though the previous murk was, it appears, more to do with gondolas stirring up silt than any extra pollution).

But they are on track. Nature, by which I mean the wilderness that overlaps our ‘civilised’ habitats, is being emboldened by an absence of cars and industry. Locally, walkways that were usually mowed so brutally that they looked like deserts have been left to run riot, with an explosion of flowers and their associated insects.

Anglers, too, have been instrumental in keeping things clean. Stationed like wardens, twenty yards apart around every body of water, they police the local hoodlums who would otherwise get drunk in groups and hurl cans and bottles into the now litter-free pools. Nature is healing, and lockdown is helping us fix it.

The worry now is simple. What will happen when the anglers come off of furlough, when the mowers return to work, the hoodlums make up for lost time and start partying by the water again?

If this lockdown has done one thing, it has shown me the extent to which human activity has suppressed the natural order.

Perhaps 2020 and 2021 should be the years we look at constructing nature ponds in our gardens, to give this wildlife the extra leg-up that it needs. It can be as simple as ‘make a hole and they will come’.

A pool of water in the ground will seed itself with native plants, and once those plants establish, the insects and other animals will join them.

Need more convincing? Go find a local pond. Go check out the little peaceful haven that is a pool full of Sticklebacks. Now tell me that’s not worth promoting.