What is ‘flashing’ in fish? 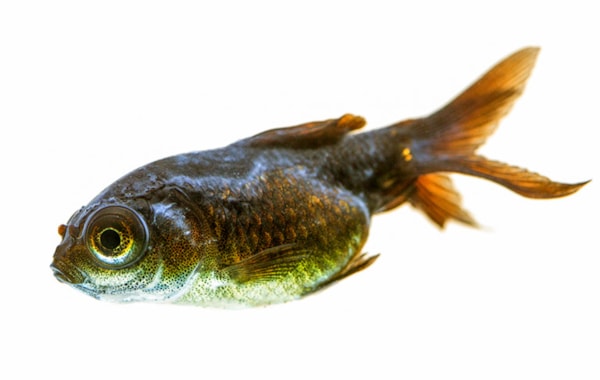 Neale Monks explains the meaning of 'flashing' and how to prevent it becoming a problem for your fish.

Not for the fish, alas. Flashing is to a fish, what itching is to a dog or cat. Obviously, fish don’t have hands (or paws), so if there’s something irritating the skin, they need to rub past something scratchy, like a rock or plant leaf, to do the job.

If your dog was scratching once in a while, you wouldn’t be too bothered, but if it was constantly itching, you’d be suspicious. Fish don’t get fleas, of course, but they can pick up all sorts of external parasites (or ectoparasites, to use the technical term) that feed on skin or blood. Indeed, anything that irritates the skin, including certain chemicals, can cause flashing.

What do I do if my fish flashes?

As with almost everything else in fishkeeping life, checking your water quality isn’t a bad start. Non-zero levels of ammonia and nitrite can cause flashing, but so can high levels of nitrate. For most freshwater fish, aiming for nitrate levels below 40 mg/l is recommended, but some types, notably cichlids and mollies, are much more sensitive, levels below 20 mg/l are what you want.

It might well be that checking the filter and doing a water change is all that’s required. Giving the mechanical media inside the filter a good clean may help too, because silt particles can irritate the gills, causing flashing. Silt is mostly seen in new tanks where the gravel or sand wasn’t properly cleaned before use.

My water checks out; what now?

If it’s just the odd flash, then don’t lose too much sleep over it. But if your fish are repeatedly flashing, and especially if it’s the same fish doing it over and over, then something more sinister might be at work. Checking for other symptoms is what comes next, as these may help to narrow down the possibilities, heavy breathing, for example.

It’s not. Some ectoparasites feed on the delicate gill filaments, and in doing so make it harder for the fish to absorb oxygen from the water. To compensate for this, the fish will try and pump more water through the gills, either by taking larger mouthfuls each time, or more often, simply breathing more rapidly. If that’s what you’re seeing alongside the flashing, it can be a sign that you’re dealing with parasites that affect the gills. Whitespot can do this, but the salt grain-sized cysts on the skin are usually pretty obvious. Velvet, on the other hand, can notoriously infect the gills long before its icing sugar-sized cysts become apparent on the skin. Even though telling these two apart can be tricky, most commercial medications will treat both equally well.

Anything else to be looking out for?

One way fish respond to stress is by beefing up their slime layer. So, alongside flashing, if you see patches of grey-white slime on the body, that can be a good sign the fish is suffering from some sort of infection.

Unfortunately, identifying which of these infections you’re dealing with is extremely difficult. What used to be called Costia, now Ichthyobodo, is one possibility. Another is Trichodina, and both are sometimes called Slime disease on the back of their reputation for causing excessive slime production by infected fish. A vet would make a diagnosis only after examining a sample of slime under a microscope, but short of that, we’re stuck with choosing medications that treat a range of what are collectively known as ciliate protozoan parasites.