What can I keep with shrimp? 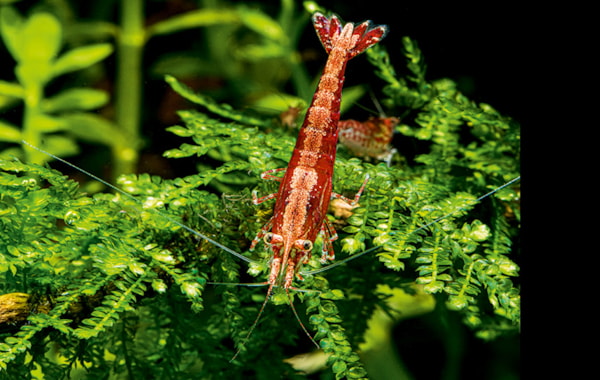 Colourful centrepiece or expensive snack? The fish you house with your shrimp need to be carefully chosen if you want to avoid turning your tank into a living buffet.

Looking back, my main pastime during lockdown may have been browsing aquatic forums. What struck me forcibly was that as shrimp keeping has increased in popularity, so has the number of people asking the simple question, ‘What fish can I keep with my Neocaridina Cherry shrimps?’

Log in to any forum and ask that question, and I promise that you’ll find as many differing opinions as there are members.

To start off, why would anyone want to add fish into a shrimp tank? I suspect that it’s mainly a question of aesthetics. Shrimp are, admittedly, rather small, and very good at hiding. They can be expensive, and beginners tend to buy five to ten at a time, just in case things go wrong.

Gazing into a 50-litre aquarium for a brief glimpse of a 1cm-long shrimp slowly picking away at the substrate will always excite the hardcore shrimp fanatics among us. But not all of us are so hardcore, nor happy to settle for shrimps alone. There’s no shame in wanting some additional movement in the tank, or a bigger visual focal point.

It could be argued that a few bright, colourful fish will benefit the aquarium; after all, shrimp don’t often make use of the mid-water spaces, and if that helps people to enjoy their tanks, then that’s what the hobby is all about.

Much in the same way that many people feel they cannot set up a community fish tank without a pleco, some people feel that a shrimp tank is incomplete without some centrepiece fish. However, it is important to think carefully about the requirements of your shrimp before venturing into the realms of combining fish and shrimp. 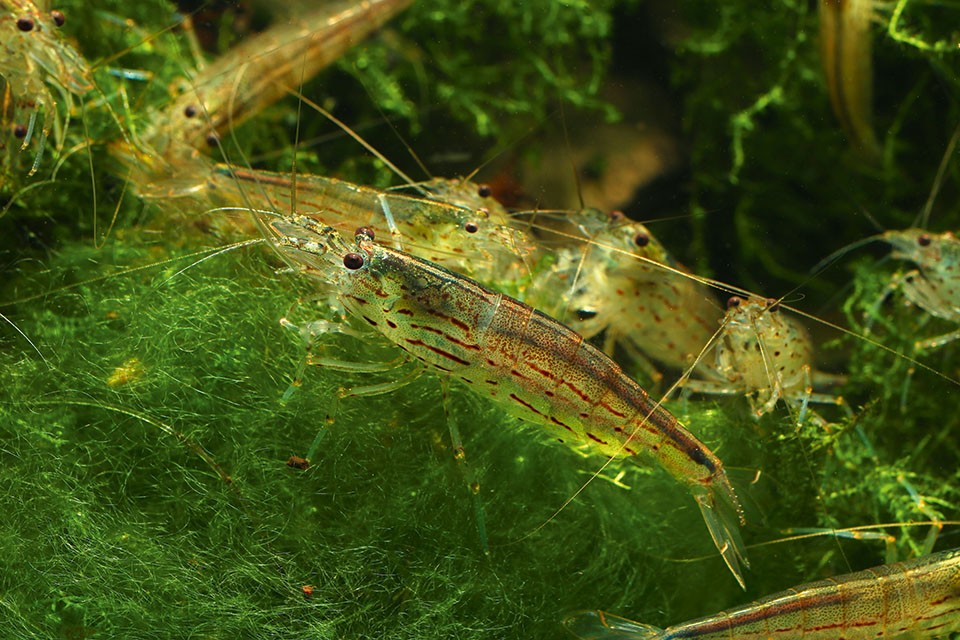 Amano shrimps are bigger and more switched on.

Shrimp generally like stable conditions: no big, sudden changes. If you keep fish, then the chances are that you’re used to carrying out larger and more frequent water changes than the shrimp will enjoy, but these can trigger premature moults and unexplained deaths.

Shrimp and fish do not always enjoy the same water parameters, so you may find that it ends up being a compromise for one or the other. A recent trend in keeping hillstream loaches (usually Sewellia or Gastromyzon spp.) with shrimp is a typical example, given the loaches’ love of torrential conditions.

Shrimp can also be remarkably sensitive to pH, TDS (total dissolved solids) and temperature, all of which are much easier to adjust if they are the sole occupants of the tank.

Even more dangerous to the entire colony can be the death of a fish or snail. The devastation caused by a dead but well-hidden Tylomelania snail is indelibly etched on my brain and I no longer deliberately keep snails with my shrimp.

Sadly, the Dwarf ramshorns missed that memo, so they continue to inhabit my tanks, but it pays to be watchful as a mass die-off of pest snails may be more difficult to spot but just as toxic as the death of a larger snail or fish.

Dead fish do not always have the good manners to die out in the open and can remain hidden, causing an ammonia spike that can easily wipe out your colony. Medicating fish in the case of illness is fraught with danger, as many medications are not invertebrate-safe. All the more reason to keep a spare hospital tank, but if you are anything like me a hospital tank quickly becomes the next shrimp tank! 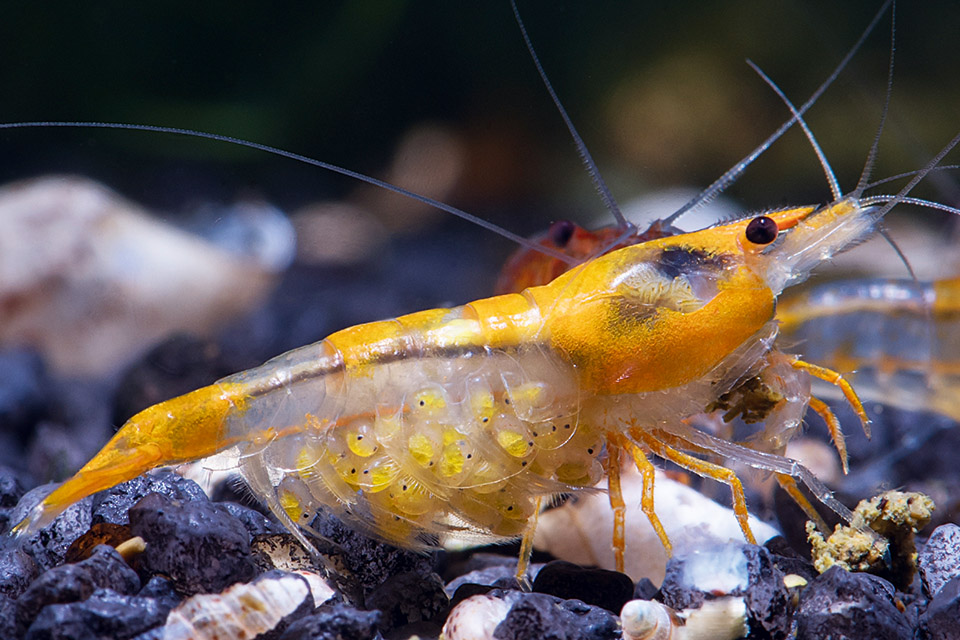 Eggs and shrimplets are high risk.

Feed or be fed

Keeping potential predators with potential prey will undoubtedly have some effect on the behaviour of both parties. Shrimp may hide more frequently and breed less frequently.

While they can be slow to settle in to new tanks at the best of times, if your shrimp are still hiding after a few weeks of being with fish, it is entirely possible that they’re being hunted down at night.

If you’re seeing ‘berried’ (pregnant) female shrimp but no babies, or you’re not getting berried females when your water parameters are perfect, then take a long, hard look at the other tank inhabitants.

Shrimp can miss out when it comes to feeding. Not only are fish usually quicker to the food and less inclined to be scared off by a shrimp’s threat displays, but those fish that are considered shrimp-friendly tend to naturally compete for the best algae or biofilm.

Without their habitual diet, young shrimp are less likely to survive. Any budding aquascapers may also wish to avoid keeping fish with their shrimp simply to avoid the damage that they can do to plants. 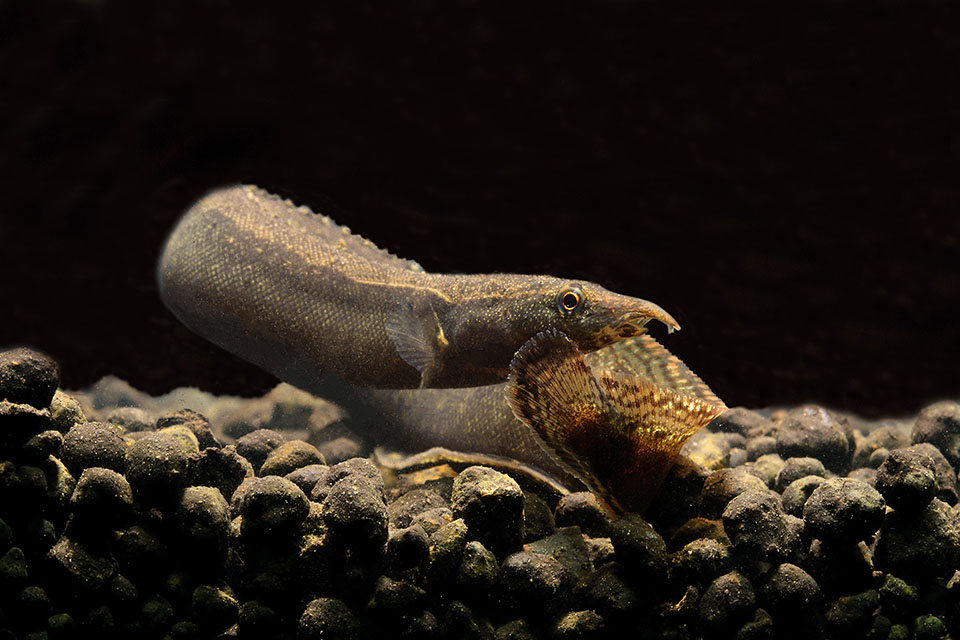 All this before we even address the damage that live fish can do to shrimp! The problem is that fish will often eat anything that fits in their mouths. That’s largely true, but not always. Many fish will indeed automatically hunt anything that is small enough for them to eat, but some won’t. And some that could, hypothetically, still don’t. And then there are those that will eat juvenile shrimp but not adults. So which fish are best to keep with shrimp?

First, we can dismiss any large fish and members of the cichlid family (and yes, that does include Angelfish and Discus). Even dwarf cichlids are hunting machines and they will quickly clear up any shrimp they can find. Amano shrimp, Caridina multidentata, may survive, but they will certainly have   sense to hide.

Other fish that shouldn’t be allowed near shrimp are goldfish (any size — they have larger and greedier mouths than you would think), large rainbowfish, larger gourami of any sort, spiny eels, larger livebearers and most loaches, particularly those nippy denizens of the Botia genus.

With any of these, it is not a matter of if but when they will eat your shrimp. Personally, I would include the larger tetras and barbs into this group, although I am sure there will be hobbyists who have successfully kept them together. 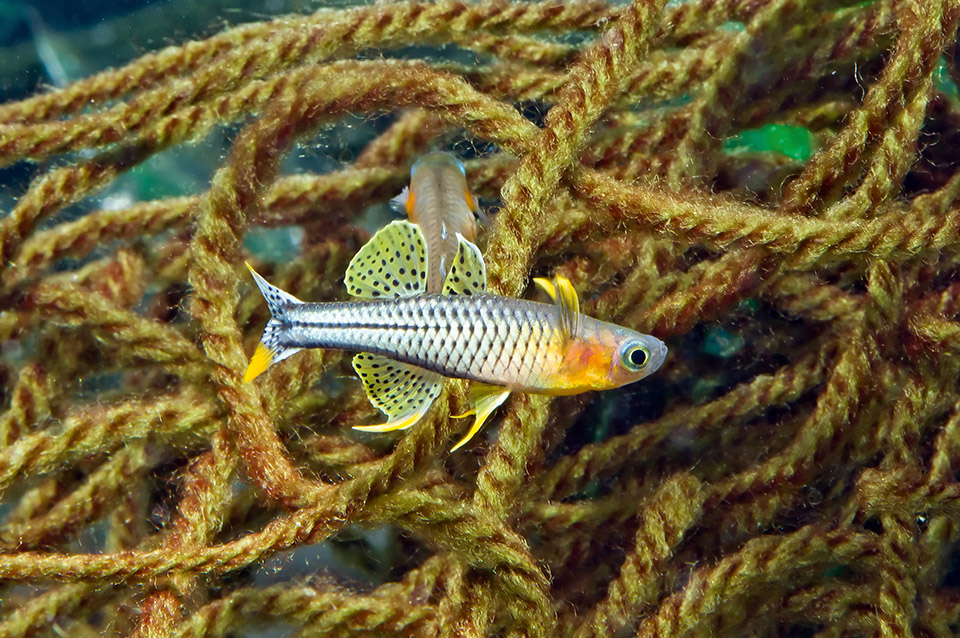 Pseudomugil are a big maybe.

These will almost certainly eat the young, but if you are not interested in breeding them then this could be a happy-medium. Nevertheless, it is worth giving your shrimp colony time to build up before you add the fish.

By incorporating a plethora of hiding places and plants, and keeping the fish well-fed, the chances of keeping losses to a minimum are improved. Guppies, Endlers, rasboras, small danios and rasboras, Kuhli loaches, smaller pencilfish, Clown killifish, and Corydoras would be just some of the fish that fall into this category.

White Cloud Mountain minnows and the small rainbowfish of the Pseudomugilidae are also good potential tankmates.

One fish in particular that people want to keep with their shrimp is the Siamese fighter, Betta splendens. Without trying to anthropomorphise fish, successfully keeping them with inverts appears to come down to individual ‘personality’ and a fair bit of chance. I know people who have kept a Betta that ignored shrimps entirely and others who have had whole colonies hunted down in a matter of days. The same applies to Dwarf puffers, Carinotetraodon travancoricus; again, this is a gamble that may not pay off. 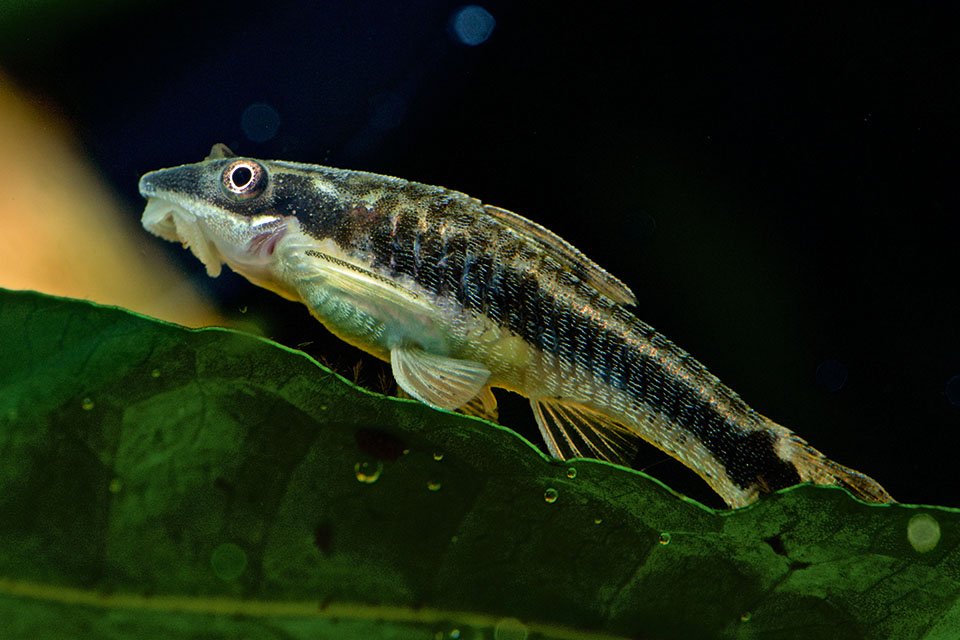 All things considered, which fish are completely safe to keep with shrimp of all sizes?

In the first instance, if it’s an algivore, then it won’t be interested in (or often even capable of) eating your shrimp, no matter what size they are. Sadly, these tend not to be the bright, colourful fish of people’s dreams, but the rather drab and shy grazers that venture out to shuffle over plants or stones around the tank: Otocinclus and their close cousins Parotocinclus or Hypoptopoma are the principal candidates.

For something a little more exotic, look at Zebra otos, Otocinclus cocama, but expect to pay considerably more than for a standard Oto. If you have the space and want something more substantial, then thin but lengthy suckermouths like Farlowella could be the way forward.

For those in need of a piscine flash of colour, my recommendation would be the Dwarf rasboras of Boraras, particularly B. brigittae, B. merah or B. maculatus. These are visually punchy, peaceful, relatively cheap and small enough to be kept with shrimp, they have the added advantage of having very small mouths. Any losses will be restricted to the tiniest and youngest shrimp.

It can work well if you are simply interested in keeping adults, rather than breeding.

But, once you have gone through the excitement of watching your male shrimp race passionately around your tank to find a newly-moulted female releasing her pheromones, then spent day after day watching your berried female increasing in girth, until you can see the developing eyes in the eggs, I can guarantee that the last thing you will want is for your precious shrimplets to be eaten by your fish.

With a little bit of patience and a shrimp-only tank, you too can have an aquarium swarming with active, exotic invertebrates, bright enough to rival any fish. Try it; your shrimp will thank you for it. 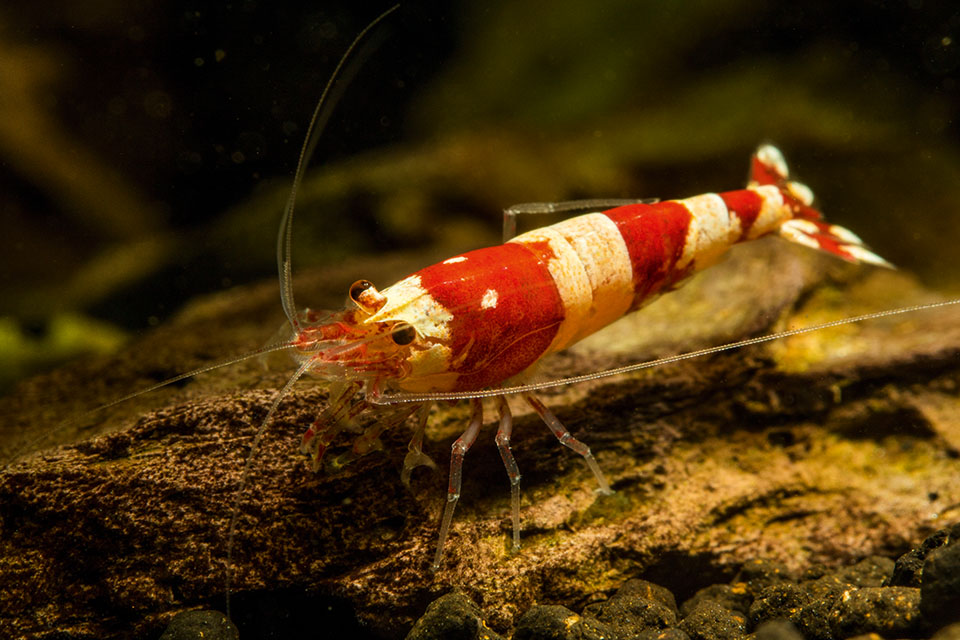