The trade in dragonfish Dragonfish, or arowana, are big in the Far East, often fetching very large sums of money. Matt Clarke visits a fish farm in Singapore in this amazing picture special. 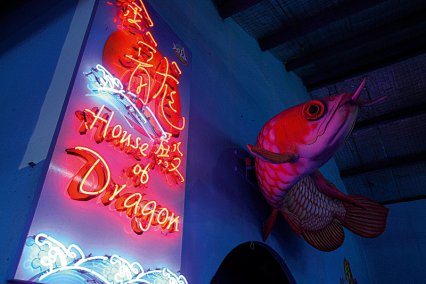 Dragonfish are considered lucky in Chinese culture and many people keep them as symbols of wealth and to bring them good fortune. 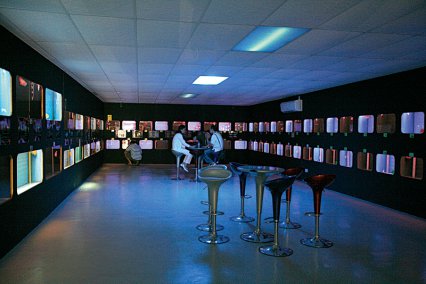 Some shops in Singapore sell nothing but dragonfish! The fish are nearly always kept in bare tanks and usually kept individually. 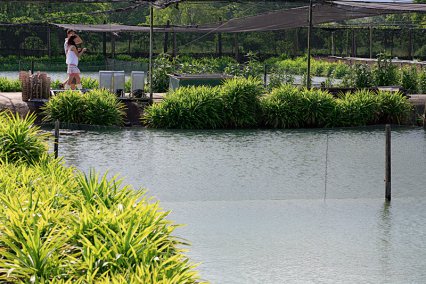 Arowana are expensive fish so farming them is big business and Singapore has several specialist farms that produce these fish for the trade. 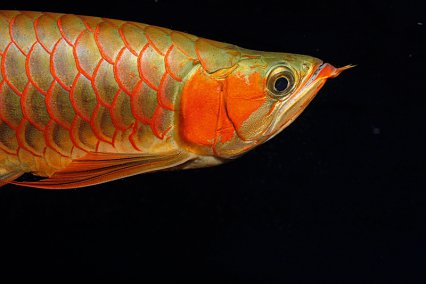 The farmers use incredibly high quality fish as their broodstock, like this show-winning Red arowana worth many thousands of pounds. 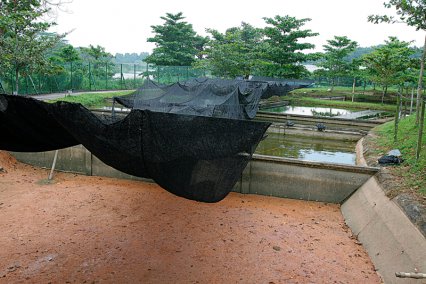 About a dozen adults are kept in each large concrete pond. The fish are fed on pellets, frogs, crayfish and feeder fish to boost growth. 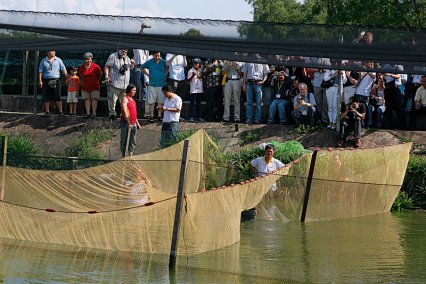 After the fish have spawned, the fish farmers use a special box net to harvest the arowana so they can catch any males holding fry. 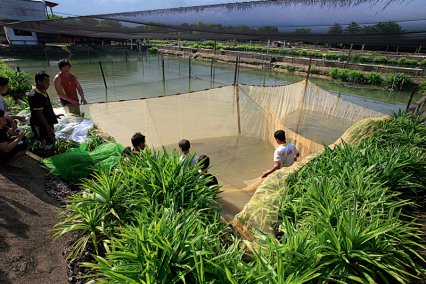 A rope is drawn under the rear of the net to create a smaller chamber. The high sides of the net are important as arowana jump very high! 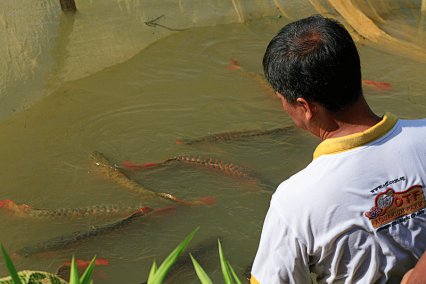 The next task is to find the males that are brooding fry and carefully pick them up to remove the fry for artificial rearing. 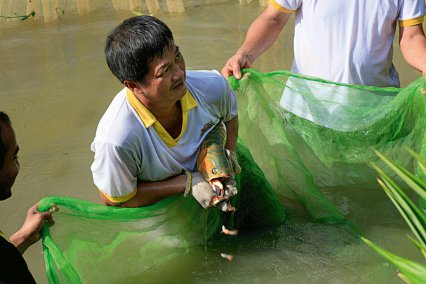 The farmer carefully prises open the mouth of the brooding male and the fry drop out into a net below. Gloves are worn to prevent damage. 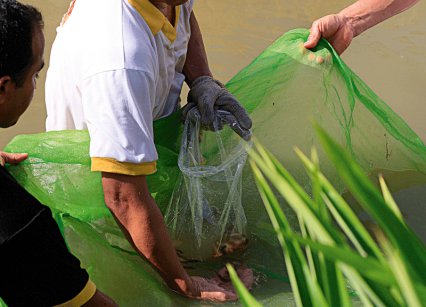 The extracted fry are carefully scooped out of the water and placed in a fish bag filled with water from the pond. 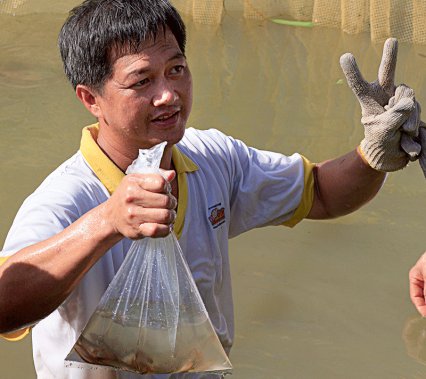 When we visited, the farmers used a microchip reader to scan the adult fish so they could record how many fry specific parents produced. 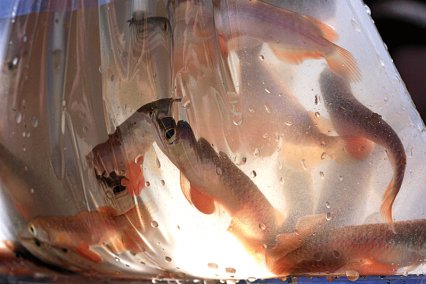 These fry are well developed and are already free swimming, despite the yolk sacs which are visible on the underside. 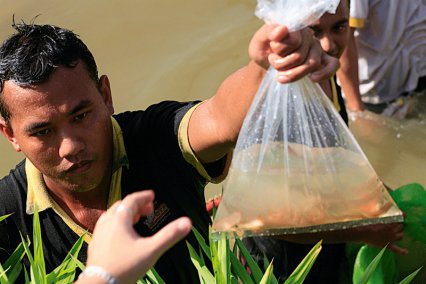 Once removed from the net, the babies are carefully bagged and taken indoors for rearing in growing-on tanks. 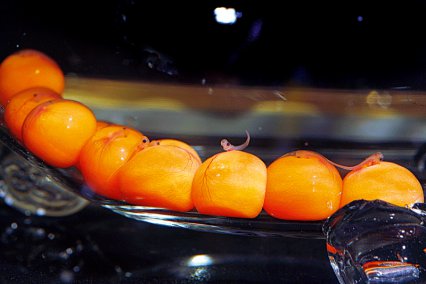 The male arowana mouthbroods a small clutch of very large eggs. These have been removed early but are typically left in the mouth. 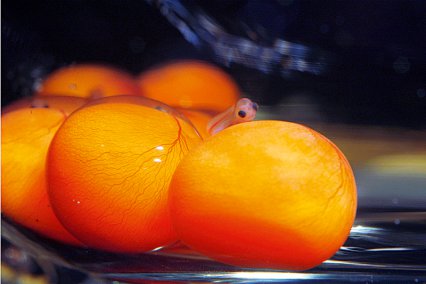 At just a few days old, the fry look bizarre and are dwarfed by the massive yolk sac that will nourish them for the next few weeks. 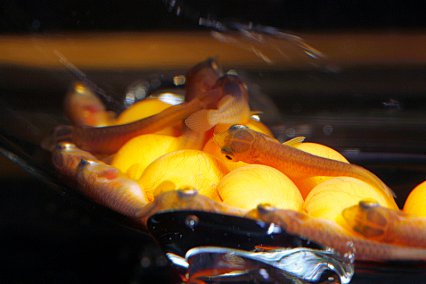 After a few weeks the fry resemble their parents but still can’t swim due to the size of the yolk sac, so the male keeps hold of them. 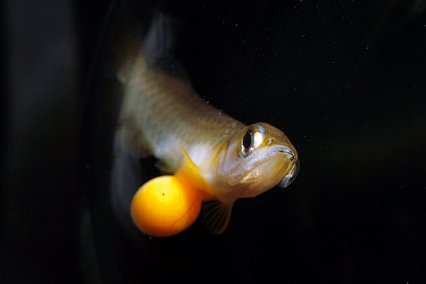 After another week or two the fry have nearly absorbed enough yolk to allow them to swim and this is the right time to harvest. 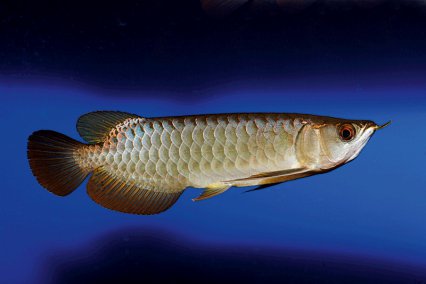 All arowana sold in the shops are captive bred, but wild ones are protected. To tell them apart each fish is injected with a tiny microchip. 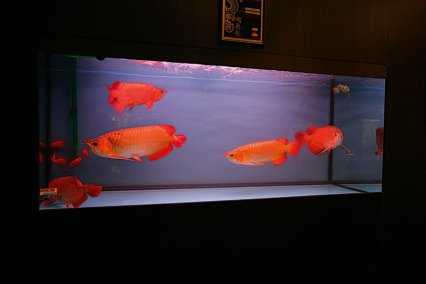 Dragonfish are really popular in the Far East and farmers put their finest specimens in shows. Some are offered for very large sums. See Arowana become popular pet of super rich. 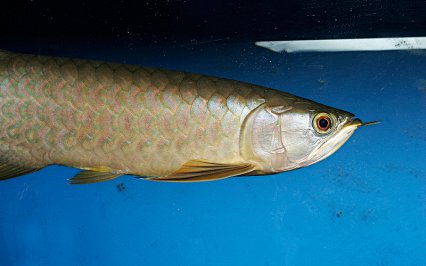 While attractive, the arowana seen in the UK are typically the cheaper, less colourful forms. Expect to pay over a grand for a top-end tiddler.

For more information on these stunning fish, check out Jeremy Gay's article: How to keep Asian arowana and the news story Bristol Zoo breeds Asian arowana. There's also an interview with Jonny Rudd, who bred them.