The Bristol shubunkin: A national treasure 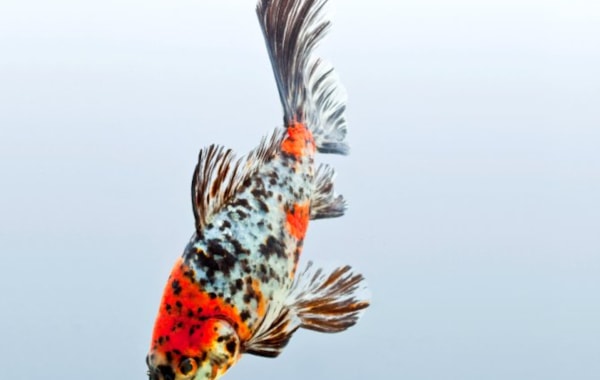 Jeremy Gay highlights a goldfish which can truly be called England's glory â€” our very own Bristol shubunkin.

Get into goldfish and sooner or later someone will tell you that the best Ryukin come from China, or the best Ranchu are from Japan. However, if you want world-class goldfish look no further than the UK.

For here in England we have our own breeds, strains and standards, like fantails, veiltails — and the beautiful Bristol shubunkin.

Put simply, a Shubunkin as we know it is a single-tail Calico goldfish and examples are sold up and down the country as popular pond fish. Speak to an English goldfish aficionado, however, and those aren’t Shubunkins, merely Calico comets.

The British goldfish societies recognise two types of Shubunkin: the London, which is a short tailed, stocky fish, and the Bristol, which has flowing fins and a very characteristic rounded, tail. 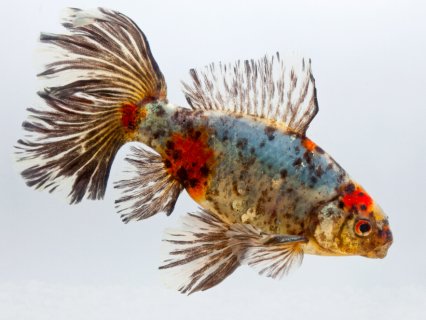 Like all goldfish the Shubunkin has its origins in the Far East, namely Japan. It started life as a Calico, also known as nacreous, goldfish.

The Americans are thought to have given it the long Comet-type tail and then we Brits, namely members of the Bristol Aquarist Society, bred them and produced their own breed standard.

More than 100 years later we have created the world’s finest Shubunkins and highly priced exports are sent all over the world.

Anecdotal evidence also suggests that in China, for example, high water temperatures prevent breeders there being able to produce fish with that special rounded tail — so numbers of Bristol shubunkin remain low worldwide compared to other fancy breeds.

Buy a Bristol shubunkin from a British breeder and you will be tapping into those proud and original Bristol bloodlines. 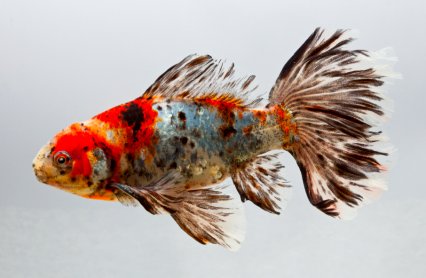 Single-tail goldfish can grow to more than 30cm/12” in length, putting them beyond the scope of most aquaria and necessitating an outside pond as a long-term home. Bristols don’t tend to grow quite that large, although they are active and will be best in the largest home you can give them. 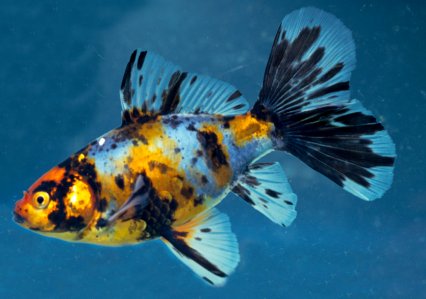 If you want to show your fish in the UK it must adhere to certain breed standards. Any show potential Bristol shubunkin needs:

These specifications are from Bristol Aquarist's Society, which stresses that only Calico fish must be shown.

Such fish should be bright and alert with the caudal fin carried high without drooping or overlapping. The body should be long and slender with a smooth outline. Quality fish will have a high colour intensity with the pigment extending into the fins.

A show fish will have a blue background with patches of violet, red, orange, yellow and brown, spotted with black.

Shubunkins are as easy to feed as any other goldfish — readily accepting flake foods, pellets, granules, frozen and live.

Being single-tail goldfish with slim body profiles they don’t suffer from the swimbladder disorders like the fatter fancies, so floating flake and pellets are fine.

As for any goldfish a varied diet is best, combining lots of algae-based foods and vegetable matter with treats like chopped earthworm and bloodworm. Newly-hatched fry should be fed on brineshrimp nauplii. 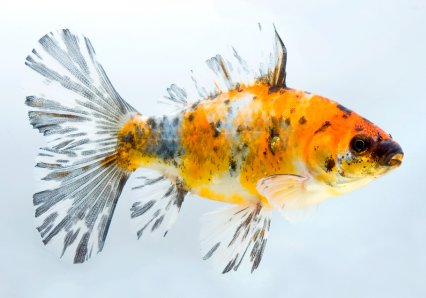 Leave a group of Bristol shubunkins alone in a pond, with good food, good water and seasonal temperature fluctuations, and they will readily spawn.

Females become plump in the belly, with smaller, slimmer amorous males frantically chasing them, especially in the mornings.

When water temperatures reach 18°C/64°F or more males seek to wedge a female in some marginal plant roots in the shallows, in some filamentous algae, or some oxygenating plants. The exertion in trying to wriggle free will be enough to release her eggs and the males will then dive in next to her and release sperm.

You can spawn Bristol shubunkins artificially too, raising as many eggs as you can under controlled conditions. Most people use a glass tank, or small pond vat, and introduce two males to one female, with clean, wool spawning mops.

If there’s morning sunshine the fish should do it all for you and the parents can be removed at noon.

Experts may hand strip parent fish, using skilled fingers to massage eggs and sperm from each parent fish into a bowl. 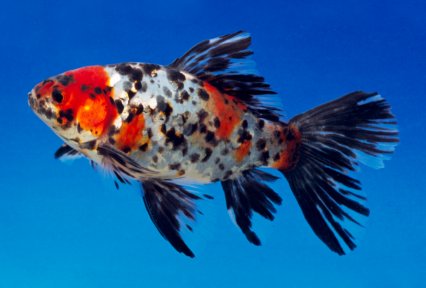 If you manage to breed them or condition them into glorious adulthood, you could show them. It’s a bit like entering a village fete cake competition or showing off your prize vegetables...

It’s also cheap and those involved in showing are always accommodating. As in any competition there will be those who have spent a lifetime perfecting their entrants and take shows very seriously — but there will also be those more than happy to show you how to bench a fish and maybe win a prize!

Where can I buy these fish?

Failing that, contact one of the societies, stressing that you are looking for Bristol shubunkins. Star Fisheries usually sells them all year round.

A detailed profile of the Bristol shubunkin is available on the Bristol Aquarist's Society website — this is the very club that actually created the variety!

You may pick up young fish for as little as £5 each at auction, though they will vary in quality and breeders will always keep the best for themselves.

You may have to pay £75 for a decent pair, or even £50 each for quality fish. Metallic bronze coloured or colourless fish, known as pinks, are worthless, regardless of tail shape. 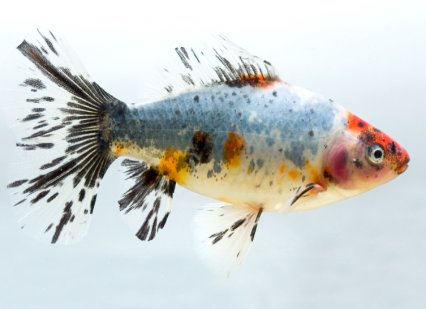 5 things you didn’t know about Shubunkins