With around 45,000 Instagram followers, Mick Booth’s collection of big fish has attracted the eyes and the hearts of an eager audience. We catch up with the man himself to find out more… 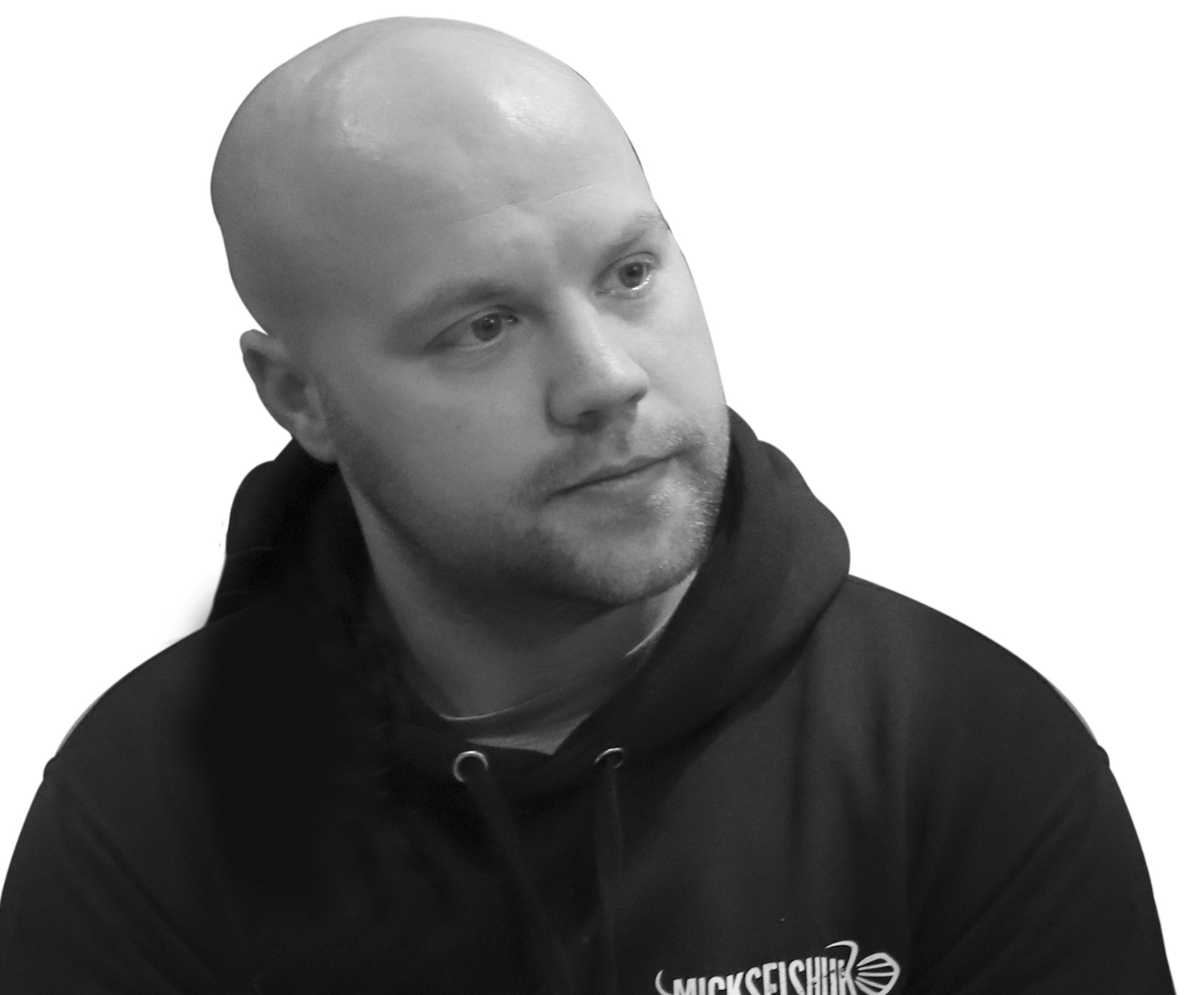 Time in the hobby: I’ve been keeping fish for over 10 years

Dream set up: Wow I could dream about this all day. If money and space was no object, I’d love a tank big enough to swim in!

PFK: Mick, thanks for taking the time to offer us an interview. To start at your hobby’s conception, where did fishkeeping begin for you?

Mick Booth: I have always been inspired from a young age by my dad and my grandad. In my early twenties I used to (and still do) binge watch Jeremy Wade and David Attenborough documentaries. My first tank was a tropical fish tank of 120-litres — I still have the plecos from that tank today!

How would you define yourself in the hobby now? What’s your thing?

I am a freshwater ‘monster’ fishkeeper. I love monster fish — the way they feed the way they move and how fast they grow and interact.

How many tanks are you currently running and what’s in them?

I’m currently running two tanks in my house and another three in the fish room but I’ve run as many as 13 at once at one point. I have a 4t planted tank which has rainbowfish, Clown Loach, Altum Angelfish, Blue Acara, Cardinal Tetra, Congo Tetra, Red-line Torpedo Barbs lots of L-number plecos and a big gang of Bristlenose Ancistrus. My 6ft tank in the fish room has a Blue-base Asian Arowana, two big Tiger Oscars, 17 Clown Loach, a Titanic Pleco, a Sailfin Pleco and five Silver Dollars. My 3ft tank has a Golden Cobra Snakehead — the newest addition to my collection. My 3ft grow out/quarantine tank has four bichirs.

You’re mainly known for your big tank. What’s in it?

What hardware do you use on the big tank?

I use Fluval FX6 filters on my monster tank, filled with ceramic rings, sponge pads and filter floss. I don’t use any chemical filtration on any of my tanks. 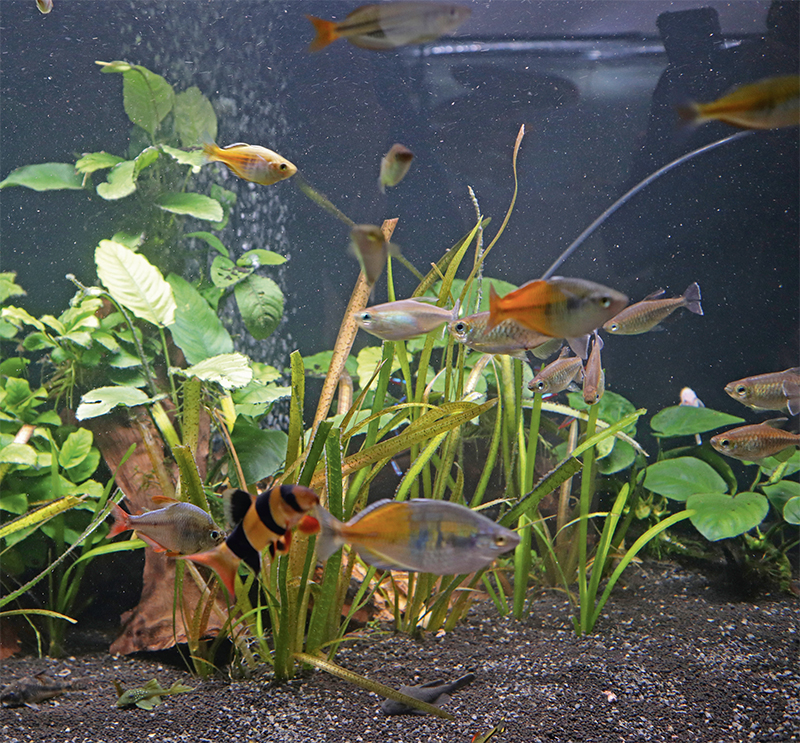 A smaller community set up.

I recall you once having a problem with carbon and Oscars — what was that?

Yes, I had an issue with carbon a few years ago. It took a while to work out what was the cause of my Oscars contracting hole-in-the-head disease was, but I decided to remove all the carbon and it all cleared up. I haven’t used any carbon since. I really believe if you are doing enough water changes and keep up with your maintenance you do not need to run any chemical filtration.

Some people are sniffy about keeping arowanas together. How have yours been?

My arowanas fight every now and then. I have recently removed the Blue-base, because it’s the most aggressive arowana I have kept. One tip I can suggest to avoid this is to feed them regularly and it will cut down the aggression. I have four Asian Arowana and one Silver Arowana in the same tank and they are generally very happy, though I do see the occasional one-off tail nip here and there.

The dream would be to have a tank for each arowana alongside stingrays and bottom feeders. 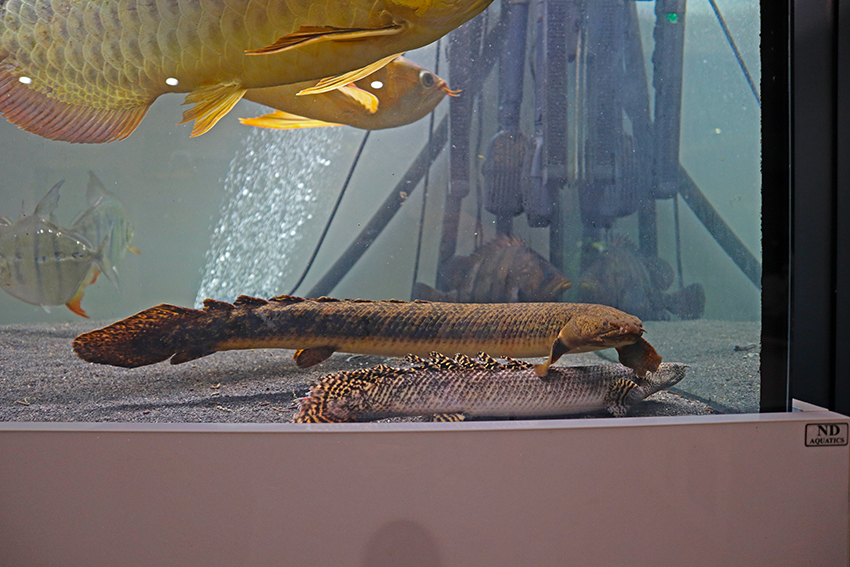 What’s your favourite tank and why?

My favourite tank to date is my 2000-litre main aquarium. It’s the central feature of the entire house, and it’s a real talking point when we have anyone round.

My children are completely transfixed and love watching me maintain it — although it’s hard with them around!

Feeding the big fish is best summed up as exciting; they’re so energetic and full of personality. Feeding the fish with my son jumping up and down on the sofa or with his nose pressed up against the tank is my favourite part of the day.

What has been the tank or fish you have struggled with the most in the past?

Discus, discus, discus! I tried everything. I bought an RO unit, carried out regular water changes and fed them twice daily with a top-quality food. Maybe I’ll try them again another day.

What has been the biggest learning experience in the hobby? Was there anything that happened that was a steep learning curve for you?

I always try to quarantine all new fish. I learnt from my mistake on that one when I added a new fish straight to one of my tanks and some of my existing fish got sick with whitespot. Never skip water changes, and always stick to a routine with your maintenance — it’s so important. Over the last few years, I have been managed to be really strict with myself on this my water clarity is
the best it’s ever been. 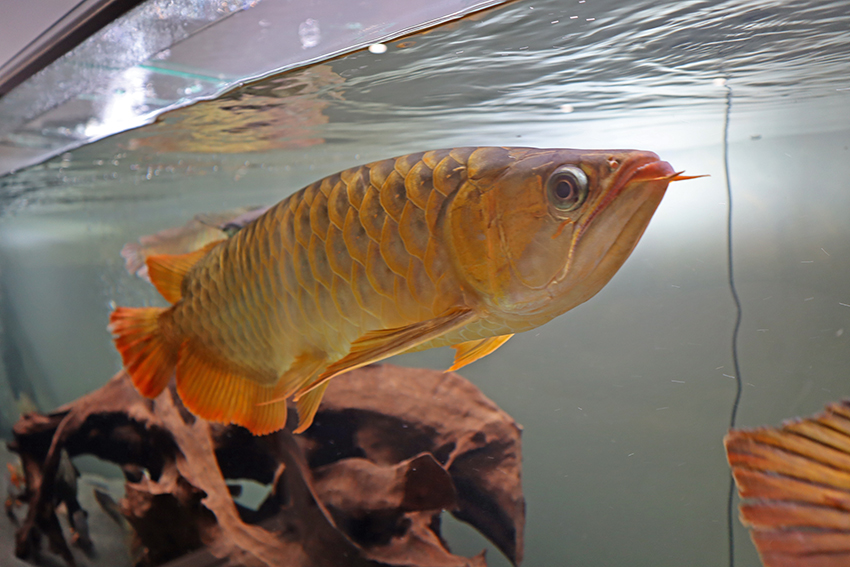 Aggression happens but it is minimal.

Has the tankbuster scene grown much in the time you followed the hobby? Are there any noticeable monster fishkeepers who have influenced you?

Yes, the monster fishkeeping scene has grown massively. I can tell this by my following on Instagram, as well as by the interaction I have with my followers. In particular, I get more and more questions about people wanting to set up monster tanks.

The two fishkeepers that I follow and have been inspired by are The King of DIY (Joey Mullen) and Aquarium Co-op.

What are the current trends in monster fish keeping? Are any fish getting the spotlight right now? Or any particular types of layout?

This is a hard one to answer because there is so much choice in monster fishkeeping, depending on the size of tank you have. I have seen a lot more people keeping freshwater stingrays, Peacock Bass, catfish, Clown Loach and arowanas in the last few years.

Is there much rivalry between monster fishkeepers online or is a calm environment?

I think that like any hobby there’s always conflict and you’ll get people who don’t agree with what you are doing. I do get comments regularly from people saying that they don’t agree with me keeping fish, full stop. They don’t agree with how many fish I’m keeping together but you need to have a thick skin online and ignore the horrible comments. The majority of people are so kind and supportive. Most of us just want to help each other out. 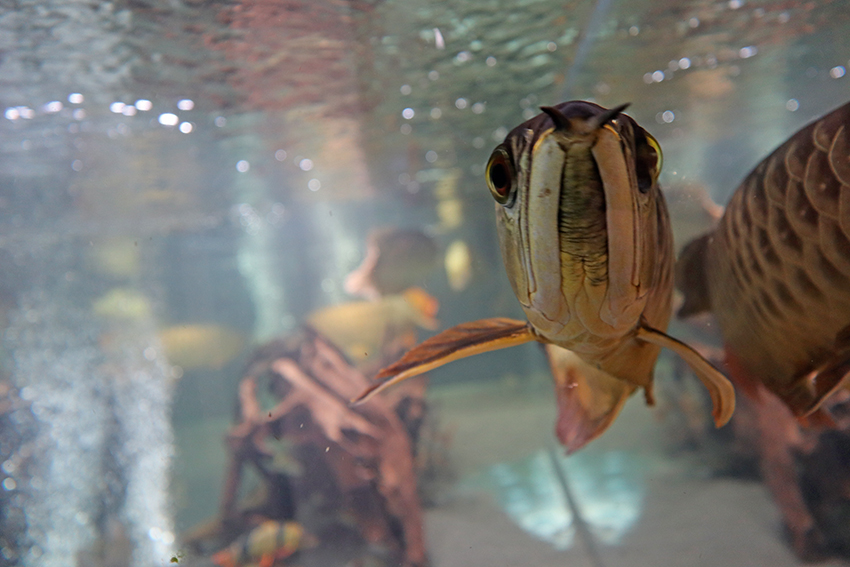 What would be your advice to someone getting into tankbusters?

First, get the biggest tank you can and make it a simple set-up to start, with a piece of bogwood for decoration. Second, use simple filtration. Use filter floss for mechanical filtration and alphagrog for biological filtration. Third, always feed the best food you can. I’d recommend using frozen food twice a week and pellet and algae wafers three times a week. Fourth, carry out big water changes. Fifth, make sure you have plenty of flow and aeration in the tank. Sixth, use pond products where you can, such as pond air pumps and pond airstones — you get so much more for your money!

In the monster fishkeeping hobby what do you expect to see more or less of in 22?

I get daily interest in Clown Loach and arowanas on Instagram and YouTube, and I love seeing people show off these new additions to their big tanks. I expect to see more in the way of Asian Arowana and freshwater stingrays. If you are looking at getting an arowana, the best place to go would be Planet Arowana (planetarowana.com). He has a great variety to choose from and is happy to help. I also expect to see less of big catfish like Red-tail Catfish and others that get big quick. 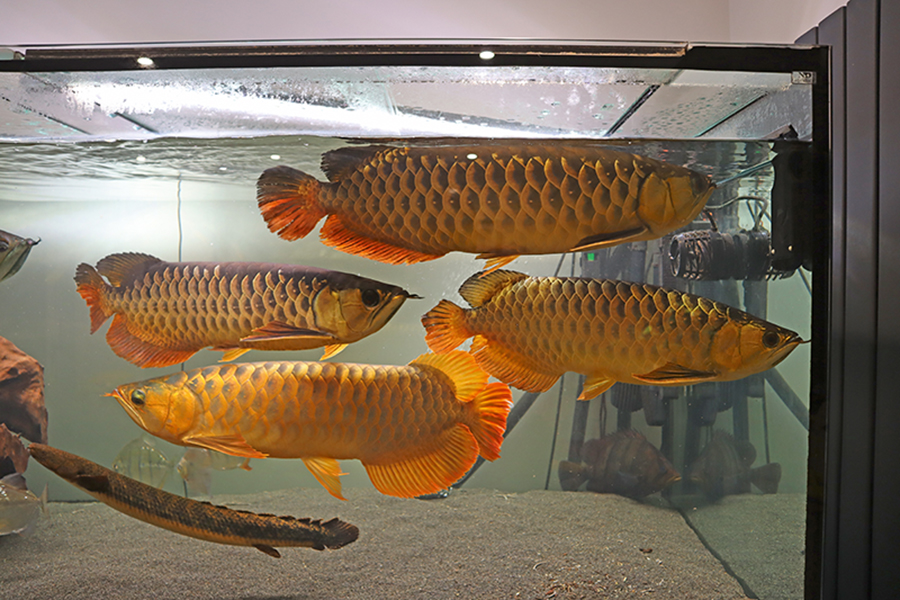