Keeping sun corals in the aquarium 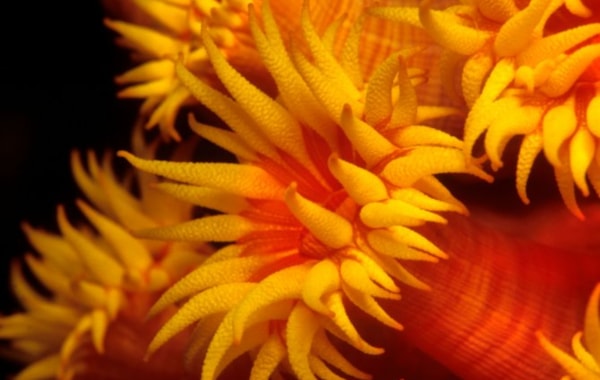 It takes a truly dedicated worshipper to keep Tubastrea corals at their healthiest, warns Dave Wolfenden. However, the challenge is there should you wish to accept.

If in the mood for an unusual coral you might be interested in one of the Tubastrea sun corals of the Dendrophylliidae family. These non-photosynthetic invertebrates often look extremely attractive, but they can be very demanding...

There are several species in the Tubastrea genus, although identification is often difficult without an in-depth examination of any internal features, so it’s common for specimens to be identified to genus level only.

Many specimens in the trade seem to be T. coccinea, which has quite a wide distribution and appears to be frequently collected, although positive ID is sometimes challenging. 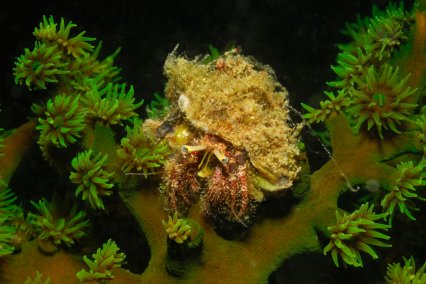 In any case, all species of the genus have more or less similar husbandry requirements. However, the Black sun coral (T. micracantha) appears particularly demanding and success with this species is often limited. The species is identified through its branching morphology and coloration which ranges from olive green to black. 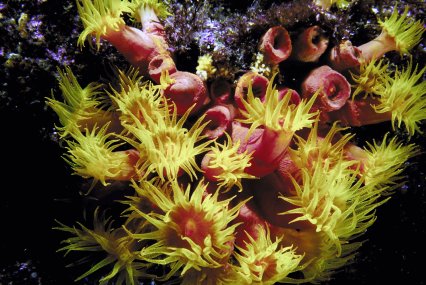 Frozen Mysis and Cyclop-eeze, as well as Artemia nauplii, are all suitable fare.

While a range of feed types is important to maintain optimal health, frequency is equally important and many enthusiasts find that sometimes feeding several times per day yields the best results. However, some people report success when feeding less frequently.

In any case, avoid leaving a gap of more than a couple of days between feeds.

Target feeding with a pipette enables the polyps to be individually supplied with food and will yield the best results.

A single colony will impose a relatively low load on the aquarium’s filtration capability, although heavy growth can necessitate an upgrade in skimming and filtration, or more frequent water changes.

Being stony, sun corals construct a calcium carbonate skeleton and as such will need calcium levels maintained at similar levels to those required for SPS corals. Aim for 400-450ppm calcium and ensure phosphate levels are less than 0.03ppm.

Elevated phosphate levels are associated with excessive algal growth, which can smother the coral as well as compromising the formation of the skeleton. 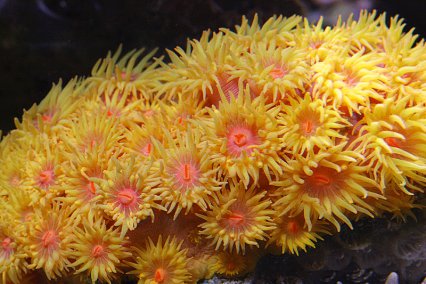 Go with the flow

Sun corals naturally inhabit areas of moderate to high flow and this needs to be replicated in the reef tank. Adequate flow brings food to the polyps as well as supplying oxygen and keeping animal tissue clean, ridding it of mucous and detritus.

Alternating flows could be an extra possible refinement to mimic natural tidal rhythms, although not essential.

They can be sited in areas of low lighting and, bearing in mind that sun corals are often found in caves or overhangs, specimens can also be placed upside down!

Being suspended not only lends them a natural look but helps to prevent the accumulation of detritus and sand which can lead to tissue damage. The potential for accumulated sand to harm Tubastrea corals means that a sand bed site is risky.

Despite the large polyp size, sun corals aren’t aggressive but avoid placing them near other corals which can sting them — especially LPS species and their potent sweeper tentacles.

Under ideal growing conditions, sun corals will readily reproduce by producing motile larvae called planulae which attach themselves to rockwork. Alternatively, the coral may reproduce by budding — forming tiny replicates of itself which eventually drop from the parent colony.

It’s possible to ‘frag’ (fragment, or divide) a colony. It sounds drastic, but just take a hammer and chisel or hacksaw to the colony. However, try to minimise damage to the polyps themselves when fragging a specimen, initially separating them with a craft knife prior to dividing the colony. 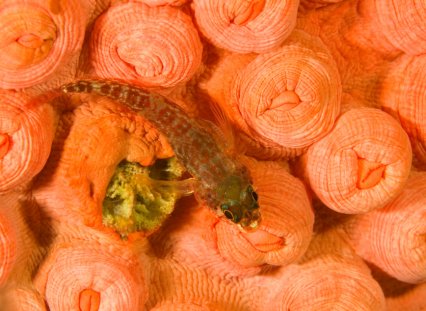 When first introduced to the aquarium, Tubastrea corals can 'sulk', refusing to open their polyps.

Be persistent to entice the coral into feeding, with regular offerings usually doing the trick.

Offering feed at regular times can sometimes encourage the coral to open its polyps at around the same time, presumably predicting feeding time. 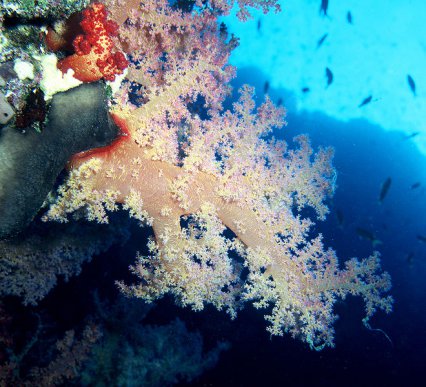 The next big challenge

Maintaining non-photosynthetic corals is the ultimate challenge for many aquarists. While keeping sun corals is not beyond a number of hobbyists, success with many types of azooxanthellae invertebrate is proving elusive.

In this context, the term ‘non-photosynthetic corals’ includes a range of sessile invertebrate groups and soft corals of the Dendronephthya genus (pictured above), wire corals of the Cirripathes genus and Acalycigorgia gorgonians, among others, which have shown to be extremely difficult to maintain on anything like a long-term basis.

Some public aquariums have been experimenting successfully with specialised systems, but some of the greatest achievements have been made by dedicated hobbyists.

Azooxanthellae species are demanding for several reasons. Firstly, many specimens appear to need virtually constant feeding. Not only that, but the size of their polyps means that many species are dependent on specific particle sizes and mere Artemia won’t cut the mustard.

It seems that many rely on phytoplankton, with so-called marine ‘snow’ (detritus and mucous from bacteria, plankton and other organisms) also a possible important component of their diet.

It also seems that flow patterns simulating tidal patterns may be beneficial. Light levels are important, with animals affected by algal growth if lighting is excessive.

All this adds up to making non-photosynthetic corals far from a walk in the park and many who have achieved success possess set-ups bristling with automated feeding systems, delivering regular cocktails of food via peristaltic pumps, agitated courtesy of magnetic stirrers to maintain the feed in suspension.

All this feed input has potentially drastic implications for water quality. This necessitates large regular changes, again often automated by many diehard aquarists, along with some aggressive protein skimming.

Some of the most successful non-photosynthetic systems look stunning, but these are among the most high-maintenance of all aquaria. Fair play to those dedicated hobbyists able to keep such demanding specimens.