How to solve a problem like new tank syndrome Nathan Hill answers your most frequent questions about one of the most lethal killers of aquarium fish.

What actually is NTS?

New tanks ruin many a hobbyist’s first excursion into fishkeeping. All aquaria require a period of running in, or establishing before holding their first full compliment of fish. New tank syndrome (NTS) is caused when this introductory phase is imbalanced by adding too many fish at once

The problem begins to manifest itself as fish produce wastes that build up in the aquaria. Bacteria will then culture inside the filter and consume this harmful waste. However, these require many weeks of growth before they can cope with the amount produced.

Adding too many fish at one time will produce fish waste quicker than the bacteria can reproduce to consume it. Once waste production exceeds bacterial growth, fish will be subject to poisonous levels of their own pollution, causing illness.

How does it kill the fish?

The toxins fish produce are highly poisonous. In the initial stage of new tank syndrome there’s a build-up of caustic ammonia, although the amount that will actually harm fish depends heavily on other factors, such as pH and temperature. A hot, alkaline tank is much more dangerous than a cooler, acidic one.

Ammonia burns the fish and the symptoms are obvious. The fish gasps at the surface, its delicate gill membranes having been damaged — or it just tries to escape the hell of the aquarium’s conditions.

Nitrite is another nasty produced in this initial phase. It kills by altering the blood of the fish, saturating it with something called methemoglobin which then competes with hemoglobin for the uptake of oxygen.

Methemoglobin adheres to oxygen but does not release it, causing the iron in the blood to rust and become useless. In this way the fish will actually suffocate from within.

Both chemicals, when present in the water, will eliminate the immune system of the fish and leave them susceptible to further diseases and infections.

Why does it last so long?

The bacteria required to convert these chemicals take a long time to find their correct home in the filter, as well as paradoxically being inhibited by the high levels of the very waste that they’re supposed to be consuming.

Other factors inhibit their growth, such as oxygen level which needs to be very high.

However, the biggest hindrance to the growth of bacteria is usually down to any incorrect cleaning of the filter medium on which they are growing. 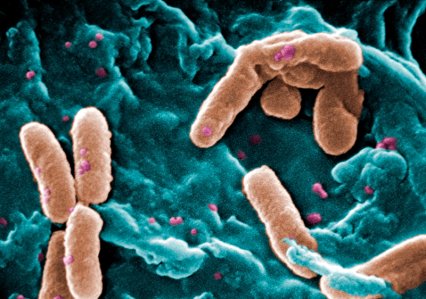 What do the bacteria need to grow?

Food is important, in the form of fish waste. They also need somewhere to live and often a filter will have a dedicated home in the form of filter media with a high surface area. All the better to house more bacteria (pictured above).

Possibly the most pressing requirement is oxygen. They require so much of the stuff to function and the moment levels start to drop then water quality will rapidly follow suit.

Why has it affected me?

You’re not alone if you suffer. Everyone who sets up a new aquarium, from absolute beginners, through breeders, to hi-tech public aquaria, will be subject to new tank syndrome of one severity or another. It’s perfectly normal and sadly an unavoidable part of the fishkeeping process.

How do I address the problem?

There’s no easy fix. Many people have tried to find one and although we seem to have some short cuts, there’s no real way to avoid it.

What do I need to see me through?

The most important things you’ll need are a length of syphon hose, good supply of dechlorinator, reliable test kits and a reserved approach to feeding fish.

Monitor water quality frequently over the initial period of establishing the tank — and that’s going to last a good six to 12 weeks. Test kits for ammonia and nitrite are crucial and if you can afford no others ensure you have at least these two. They’re not perfect, but will help.

Be in control of feeding for the first few weeks and remember that underfeeding is preferable to overfeeding. Excess food produces higher levels of waste, making more work for you and unsuitable conditions for the fish. You can fatten the fish back up once this dangerous first stage is passed.

If the ammonia starts to get anywhere around 1ppm then change some water. Likewise, aim to keep the nitrite level low, under 1.5ppm if you can. These levels will eventually go altogether once the bacteria start to do their thing, but they’ll need to be diluted down with water changes if they start to creep up.

There’s no need to be too drastic and smaller, more frequent changes are preferable to large intermittent ones — if for the sake of the bacteria alone.

When you perform a water change or clean the filter don’t use any water containing chlorine. This is put into tapwater to kill off bacteria and is very efficient is doing so.

However, it will wreak havoc on the bacteria you are trying to culture in your filter and remember that without the bacteria there’s nothing happening to control all that fish waste. In effect, the bacteria are the filter.

What about filter starts? Don’t they help?

Some definitely seem to work and research backs them up. Others seem to work on paper, but do nothing in the aquarium. At the very least, these filter starts don’t make things any worse and are certainly worth investigating, especially if you are having problems with lingering pollution levels.

Your local retailer should give you an honest opinion about which do and don’t have an effect.

So do I put fish in to start with or not?

Practical Fishkeeping says no. In an ideal world, with ammonia alternatives readily available and the whole process reduced to a few easy stages, leave the fish out. However, some may argue, in adding a few pollution-tolerant fish to the aquarium and slowly building up the stocks you know exactly where you stand.

If you're going to start the process with live fish be aware that you are about to stick them into imperfect conditions and you are directly responsible for their well-being.

If starting with live fish you must also start with test kits, otherwise you’re just guessing at what’s going on and that’s not fair on the living organisms which stand to lose everything if it all goes wrong.

How long can I leave it before adding any more?

This varies from tank to tank, but you won’t be able to add more until the ammonia and nitrite have dropped back down to zero. Even at that point you’re not completely out of the woods!

How long until the tank is fully mature?

Technically it never is! The tank will only ever develop enough bacteria to cope with the waste of the fish in it. If you have ten fish then you have a corresponding ten fishes’ worth of bacteria. Add another ten and suddenly the tank needs more maturing time to cope with the extra levels of waste.

This way, the bacteria can be seen to be fluid in their population, not static. Sudden overfeeds that cause a spike in pollution can affect their numbers and, in extreme cases, they just can’t cope with sudden onslaughts of waste.

Check out our other feature in this series: