How to breed Neon tetras 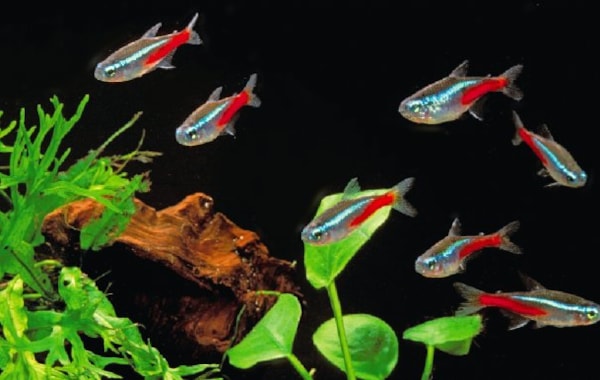 Breeding expert John Robertson describes how he raised Neons — one of the world's most popular and recognisable tropical fish.

I had not kept Neon tetras for almost 40 years. They were the first egg layers I ever had in my first 60cm/24” tank — and I had not kept them since.

Yet I have kept Cardinal tetras many times while looking down my nose at Neons. Those Cardinals have much to answer for…

However, I recently found myself with another 24” tank and a dozen Neons. It was filled with rainwater and leaf litter and heavily planted with Java moss and Indian fern. Sitting in the darkest corner of my fish house with a feeble light above, its murk made those Neons look absolutely gorgeous!

The reflective blue-green of that almost luminous stripe set off against red underparts made for a stunning spectacle in the dim light as the little fish danced and darted about. The tank had a DH of less than 1, pH of 5.5 and temperature of 24°C/75°F.

Within a couple of weeks they were spawning every day. I discovered later that Neons can breed from 12 weeks old, which is about the age of most we see for sale. Occasionally a baby would survive and I would spot the tiniest Neon, just beginning to get its colour, peeking out cautiously from the undergrowth.

I decided to try and breed them properly — and my first attempt was the lazy way that always works so well for me with killies and many other species. I just removed the adults and waited!

Sure enough. Within a couple of weeks a handful of baby Neons appeared but, after three attempts, there were never any more. 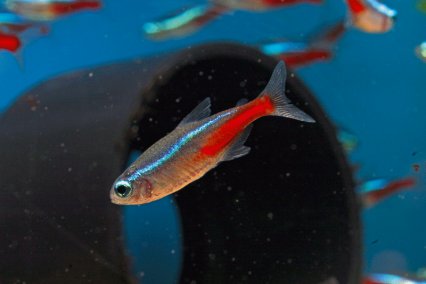 Then I tried the traditional method of setting up a bare 30 x 20 x 20cm/12 x 8 x 8” tank with a natural mop of Java moss and fresh rainwater. I darkened the tank, added a well conditioned pair and settled back to observe.

I never saw them spawning and no fry resulted from that first attempt. With later efforts I left the parents together for five to seven days and a few fry were once produced, but they were nothing to write home about.

Frustratingly, in the original tank the adults had continued to spawn every day...

I decided to set up a new tank; this time 75cm/30” long, again with rainwater, and with a 2.5cm/1” deep layer of freshly collected oak leaves and one bush of Java moss. I introduced two pairs of adult Neons and watched for about 14 days.

Two things happened. First the water began to go brown and more acidic as the oak leaves softened, and the DH became less than 1, pH less than 5, temperature was 26°C/78°F. The fish took about a week to feel at home in the new tank, but then began to spawn every morning as the room lights were switched on.

The water, tannin stained, became darker and darker and I removed the adults at 14 days and waited. After about a week later I peered into the darkness and spotted a single fry moving hesitantly through the leaf litter. In subsequent days I spotted more and more and I added newly hatched brineshrimp, which they relished.

After about a month I was counting more than 30 fry, and in total this attempt produced about 100 young.

I’m not sure that the pH is critical, but the darkness is. The eggs and fry are susceptible to light, but I believe that the brown water and leaf litter also hid the eggs from the hungry adults which I had fed only sparingly in the breeding tank.

Encouraged by my success I decided to use a similar but larger set-up to try and spawn Congo tetras, but within 24 hours of placing them into the acidic conditions the adults had died.

The Neon tank had acidified over several days and the fish had acclimatised during that period.

However, with the Congos I foolishly let the tank ‘mature’ for a couple of weeks and the fish succumbed when placed into conditions very different to their natural home.

Do some babies grow faster?

One breeding observation still puzzles me. Up to eight weeks after I first spotted fry in the breeding tank, tiny colourless babies still continued to appear. Yet the first baby Neons were already large enough to go back to their parents’ tank and become part of the crowd.

I don’t think it possible that the ‘older’ babies were already breeding as this had been a continuous process, a few tiny babies appearing each day or so. The only reasonable explanations are that some grow much faster than others, or that some eggs experience delayed hatching —  as do many killifish.

The former theory is most likely, as the latter would surely have been noted earlier by better observers.

I’m speculating that in nature some baby Neons stay small and undeveloped, hiding in leaf litter so that if their body of water becomes cut off and evaporates, killing their faster growing siblings, they can survive in tiny amounts of water until the rains come.

I have noticed similar situations with Apistogramma and Ctenopoma, and can’t think of any other explanation. 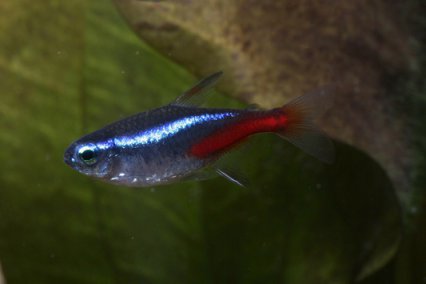 Fancy breeding Neon tetras? Here’s what you will need: