How do I set up a Red Sea biotope aquarium? 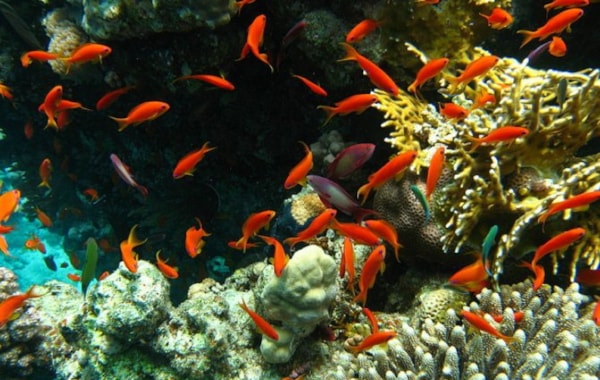 Dave Woldenden has some advice for a reefkeeper who's been inspired by a recent holiday.

Q. A recent holiday to the Red Sea has inspired me to set up an aquarium hosting corals and fish from that area. I have some experience of keeping marine fish and invertebrates, and plan on using a 580 l/128 gal tank. What can you suggest as suitable inhabitants?

A. This sounds like a great idea for a themed aquarium, and there are plenty of possibilities. Lots of fish and invertebrates in the trade occur in the Red Sea, although obtaining specifically endemic species could be pretty expensive, and you’ll need some luck getting hold of some of the more specialised animals.

For me, the quintessential Red Sea fish would be the readily-available wreckfish Pseudanthias squamipinnis, and I’d base a biotope around this fish if you’re after a really authentic Red Sea look — you’ll certainly have enough room for a great aquascape.

Instead of constructing a wall of rock at the back of the tank, I’d create a fairly extensive sand zone, with substrates varying from fine sand to larger chunks of rubble. Dominating the sand zone, I’d build up a live rock coral 'head' (or 'bommie') – some creative use of cable ties, PVC pipes and epoxy resin can yield something more interesting than a mere stack of rocks. 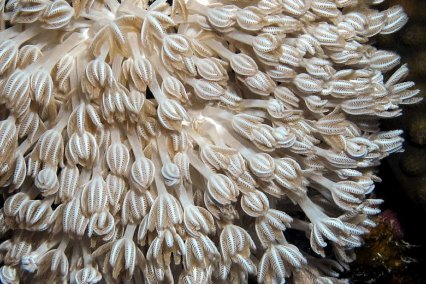 This hardscaping can form the focal point of the system, and may be used to house, for example SPS corals such as Bird’s nest coral (Seriatopora hystrix) and Cauliflower coral (Pocillopora verrucosa), both of which are common in the Red Sea. These are quite demanding, however, and as an alternative soft corals such as pulsing Heteroxenia fuscescens (pictured above by Derek Keats, Creative Commons), Anthelia or Sarcophyton might be more to your liking — as well as being more forgiving.

You could keep a shoal of six or so wreckfish, but make sure the group contains only one male (sexing is easy, with males having an elongated third dorsal fin ray and a more intense purple coloration). Other fish of note include the Orchid dottyback (Pseudochromis fridmani), a Red Sea endemic, and Purple tang (Zebrasoma xanthurum). 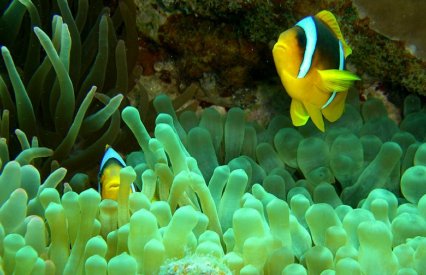 If you’re interested in clownfish, then you’d really have to look at seeking out a pair of the endemic Red Sea clownfish (Amphiprion bicinctus) and if you can maintain optimal water quality, a Bubble tip anemone (Entacmaea quadricolor) placed on the coral head would provide an ideal home.

There are plenty of other possibilities, but that’s my suggestion. Personally, I think it’s an opportunity to create something really different, and rather than go crazy with a 'pick and mix' approach, judicious selection of a few species will yield results. As they say, sometimes less is more...