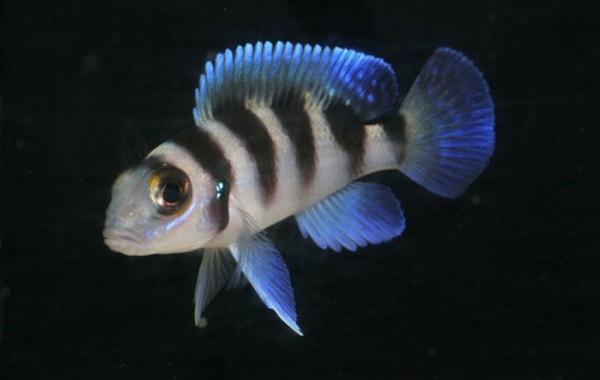 Ammonia can be a real danger to your fish, as Matt Clarke explains.

Ammonia (NH3) is the most toxic nitrogenous waste found in the aquarium and is capable of quickly killing fish, or causing them to become diseased. It's produced in the breakdown of organic materials, and by the fish themselves as a by-product of their metabolism. In fact, the vast majority of ammonia is excreted from the gills of your fish.

Why is it dangerous to my fish?

Ammonia affects the gills and blood of fish and the fish produce extra body and gill mucus to relieve the burns it causes. Extra mucus covers the gills, and reduces the ability of the fish to absorb oxygen.

Ammonia is also directly toxic, and may reduce the ability of the haemoglobin in the fishes' blood to retain oxygen.

How is it normally broken down?

Under normal circumstances, when the biological filtration is mature and functioning correctly, beneficial bacteria in the filter will utilise ammonia as an energy source and turn it into nitrite. Other bacteria then use the nitrite and churn out nitrate, which you need to remove by changing some of the water each week and topping up with dechlorinated tapwater.

What are the symptoms of ammonia poisoning?

Since ammonia tends to affect the gills first, gasping is one of the first things you'll notice. Fish may gasp at the surface where the oxygen level is greatest, or lay on the bottom, conserving energy but breathing heavily.

You may also see them holding their fins tight against the body, scratching against objects in the tank, or if you spot the problem late, you may notice that they have succumbed to disease.

How do I know if ammonia is present?

The only way you can detect ammonia is to use a proper test kit. Get into the habit of testing your water weekly for ammonia, nitrite, nitrate and pH, and check again if your fish look unwell or are acting unusually. A single ammonia test kit can cost as little as 5-10, but you can buy a master kit covering the four most important ones for 15-20.

What causes the ammonia level to rise?

There are lots of different reasons why ammonia levels might rise. Here are some of the most common things you need to investigate if you detect ammonia in your test results.

How do I interpret my ammonia test results?

Bizarrely, most of the test kit manufacturers omit some vital details from their test kit instructions, presumably to make things a little less confusing for the tester. For a start, all aquarium test kits measure the presence of something called Total Ammonia Nitrogen (TAN) and not solely ammonia, as you might think.

Total Ammonia Nitrogen is made up of ammonia and ammonium, and the proportion of each that is present in your water will depend on its temperature and its pH. To find the real ammonia level you need to use a special look up table, which again isn't provided with most test kits, and compare the pH, temperature and TAN level to the figures on the chart.

What is a safe level for ammonia?

There's no "safe" level, as the presence of any ammonia is cause for concern. You ought to try and find out why ammonia is present as soon as you find it, and then take measures to remove or dilute it as quickly as you can.

What should I do if I detect ammonia in my water?

How you tackle the problem depends on the cause. You may have to do a bit of detective work to find out what you've done wrong. But first undertake an immediate large water change. Make sure the new water is dechlorinated and of the same chemistry and temperature.

If ammonia continues to increase, monitor the tank closely with your test kits and do additional water changes to keep the levels low.

Nitrite levels may also rise following an ammonia problem, so be ready to dose your aquarium or pond with salt (at about 1-3g per litre) to reduce its toxicity to your fish.

It helps considerably if you can add something to the water, or the filter to remove or neutralise ammonia.

How do I make ammonia less toxic?

The quickest thing to do is to conduct a large partial water change and top up with dechlorinated water. A lot of people might tell you that you should be careful not to change too much water when you do this, advising perhaps just 35%, to avoid upsetting the fish. My personal opinion is to ignore this. If ammonia is present at a toxic level you need to get rid of it fast. I wouldn't have any concerns about changing 50% or more of the water to sort the problem out temporarily.

What is zeolite and why might it help me?

Zeolite is a natural crystalline mineral (hydrated aluminosilicate), formed millions of years ago when volcanic ashes were deposited on the floors of alkaline lakes.

The one we use, clinoptilolite, is one of over 40 different zeolites. It can remove certain ions from the water, such as ammonium, phosphate and calcium, via two processes: adsorption and ion exchange.

It also removes the same ions by adsorption, but this can result in some of the ions, including ammonium, being released back into the water at a later date. So zeolite won't last forever and can only be recharged and remain effective so many times.

It's an effective solution in emergency ammonia situations, but keep testing and making water changes, because it's not removing the free ammonia, just the ammonium. You may need to recharge it daily, so buy two bags and recharge alternatively.

It's less effective with increasing pH and hardness, and won't work in water that contains salt. Bulk zeolite for pond use can be picked up very cheaply, often for as little as 10-15 for 10 l.

This article is from the Practical Fishkeeping website archives.