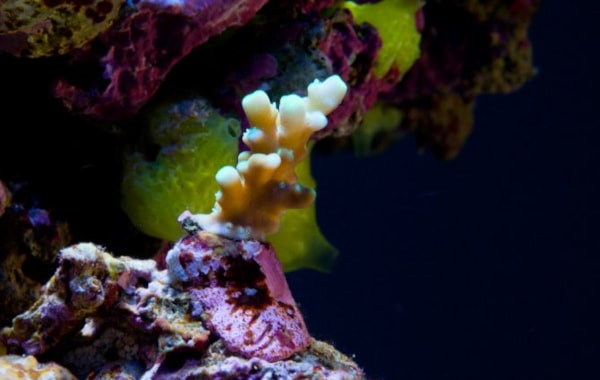 Take away a piece of a mother coral and that son or daughter will grow and carry on the family line. Dave Wolfenden explains how easy it is to cut away or simply prune them.

Fragmenting corals is now a widely used technique for propagating specimens and the number of species which can be successfully 'fragged' just keeps on growing.

For many corals fragging is ridiculously simple. If you maintain the correct water quality and provide adequate lighting for your 'mother' colony, there’s no reason why you shouldn’t produce frags.

The process involves a variety of techniques, but they all exploit the remarkable regenerative and asexually reproductive powers of the parent colony. While the techniques may seem drastic, remember that ocean life is tough and corals have adapted to a harsh existence.

Many will naturally regenerate from broken portions of their branches, either through wave action or damage by other animals. Division also naturally occurs as a reproductive strategy.

Not only that, some corals and mushrooms practise pedal laceration in which fragments of the pedal disc break off to form a new animal.

This is a bit like your toes occasionally dropping off, only to grow into a complete replica of yourself… 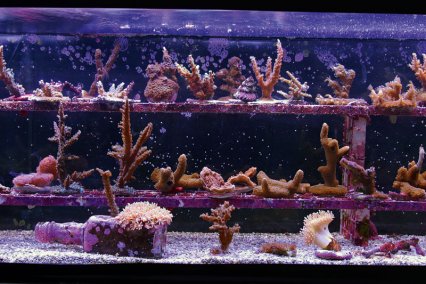 There are several reasons, notably creating new colonies — yes, free corals! These can then be used to increase the population of your own aquarium, sold or given to

Some corals may simply need pruning. Under the right conditions many SPS will grow extremely quickly and thinning out the colony to prevent shading and stinging may be required. So you may need to frag as a matter of course.

However, affected specimens can be saved simply by cutting them above the advancing band of necrotic tissue, discarding the dead portion and remounting the cutting.

The tools needed for fragging are fundamentally very simple. You’ll need some way of dividing the parent colony and while some more delicate species can be divided simply by breaking branches with your bare hands, some basic implements will usually be necessary for aquarist safety and the coral health.

A very sharp knife is pretty much all you need for soft corals and mushrooms, and a scalpel would be ideal. Pliers or pincers work nicely for many species, but a saw will be necessary for some. An electric rotary saw, such as a Dremel, will make short work of stubborn corals.

However, a Dremel can produce a lot of heat, which may damage the coral’s tissues, so ensure adequate cooling with water when cutting.

For obvious reasons, always wash any tools in fresh water after use. Stainless steel tools will resist corrosion, but eventually rust may appear if they’re used frequently. I avoid lubricating fragging tools with oils as the delicate tissues of the fragged specimens may react poorly to them, but this means that post-use rinsing is mandatory. 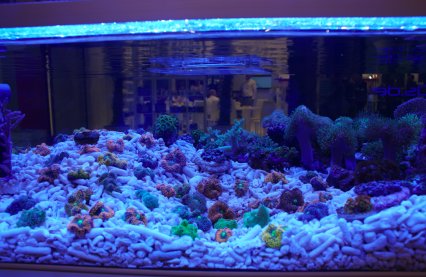 After you’ve obtained your frag, you’ll need some way of attaching it to a substrate for growth and some can be pushed into natural or pre-drilled holes in the aquarium’s rockwork. They may also be glued in place with cyanoacrylate adhesive ('superglue').

It’s also possible to use epoxy putty and this can work well with many SPS.

Physically tying fragments in place is another strategy. Soft cable ties, for example, can sometimes be used to attach a frag and the fixing will be simply grown over by new tissue. Some frags needn’t even be fixed in position, simply requiring to be placed where they won’t get blown around.

If suitable places already exist in the aquarium, then great. Many fraggers construct simple shallow mesh-covered trays which allow light to penetrate and water to flow adequately enough for frags of LPS, such as Fungia species, to establish themselves. 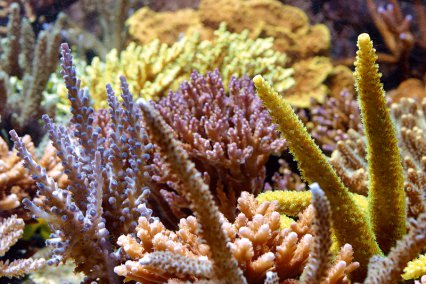 Having said that, they are also often easy to propagate.

Acropora, for instance, can be fragged simply by cutting off a branch with a pair of pliers. Applying leverage downwards will help to cleanly snap off the branch, which can then be mounted into its new location.

Simply dry off the exposed portion of skeleton and apply a blob of cyanoacrylate gel before sticking in place — and don’t worry about leaving the frag or parent out of the water for a few minutes. The best results will come from branches with active growth.

Plating SPS such as Montipora require a different approach, although the steps for attaching frags after breaking them off is the same. Carefully break off one of the plates by moving it up and down, being careful not to destroy the aquarium’s rockwork.

Then simply cut the plate into small pieces, remembering which is the upper surface of each. Then attach the frag as before, using superglue. 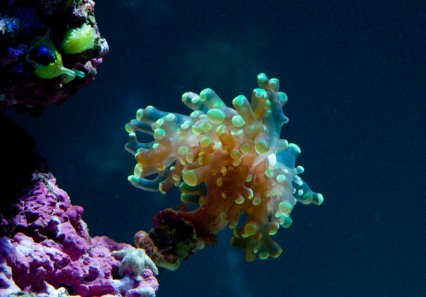 The morphology of many LPS (Large Polyps Stony or Scleractinian corals), in contrast to SPS species which have adapted to absorb wave action, makes them less straightforward to frag.

Growth rates are generally lower than for SPS, but many are definitely worth attempting.

Caulastrea, a branching LPS, is a good starting coral. Simply break off polyps at the base of the branch, preferably with pliers or pincers and epoxy putty can be used to attach the frag.

Using a saw, the underside of the coral can be divided into sections 3cm/1.2” square or more. Once the saw has nearly gone through the whole skeleton, the job can be finished off with cutters.

shallow, mesh-covered tray would be ideal for this purpose.

Before getting busy with the blade, gently brush the parent coral’s polyps, encouraging them to contract for you. For the branching species such as many Sinularia, simply lop off branches as necessary.

Mushroom-shaped softies such as Sarcophyton may be fragged by cutting a small piece off the cap.

Attaching the frags is tricky with soft corals, because of their slimy nature.

Depending on the morphology of the species, employing shallow trays or attaching the frag with a plastic toothpick pushed through the base can work well.

For mushroom corals, cutting off the oral disc at the base will be the the first step. to take. Then cut the disc into wedges.

If placed in a shallow mesh-covered tray, the fragments will grow into a new animal within a matter of weeks.

Wear latex or vinyl gloves when fragging. They protect you from the slime the coral will produce, as well as protecting from the nematocysts (stinging cells) which will be activated and minimising the number which fire. They also help to protect the delicate coral tissue from possible infection.

Many fraggers use dips when cutting. Many commercially-available ones are iodine-based — and iodine is a potent antiseptic. Using dips is good practice as it can help limit the chance of infection in the sensitive cut tissues. 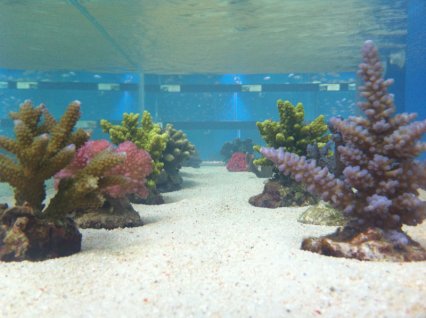 The International Convention on Biological Diversity (CBD) aims to ensure that biological resources, such as corals, are kept within their place of origin for sustainable exploitation and feels that fragging hobbyists violate the aims of the convention.

A strong lobby says this removes the opportunity for people who could sustainably harvest and export the coral from its natural habitat to do so.

While many see exploitation of natural reefs for the trade solely as a bad thing, there’s a counter-argument that a high-value/low-impact sustainable trade could be a major influence in keeping reefs safe rather than employing other more destructive means of their exploitation.