Got plenty of eggs for Easter? Here are some fishy facts about the original egg layers, and some species that do some pretty amazing things with theirs. 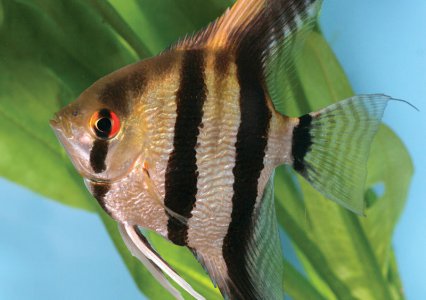 Guarding their eggs was a major evolutionary leap for cichlids, ensuring that their biological investment was well and truly protected, and making sure that when they do hatch, their fry have the best care possible too.

Lots of non-cichlids also protect their eggs from predation, including red snakeheads and rosy red minnows. 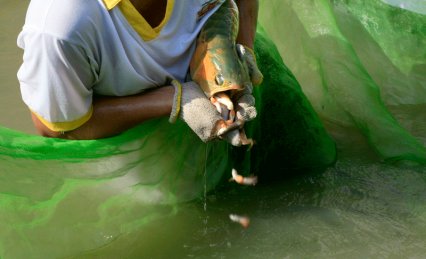 Keeping eggs even closer to home - in your own mouth - works even better for some fish like Haplochromine cichlids, arowana and marine cardinalfish. By holding them in their mouths cichlid mothers, or fathers in other species, can become mobile homes, removing themselves from danger and taking their developing eggs and fry to areas of food and controlled release. If you were a small egg predator, would you risk swimming up to an arowana to see what it had in its mouth? 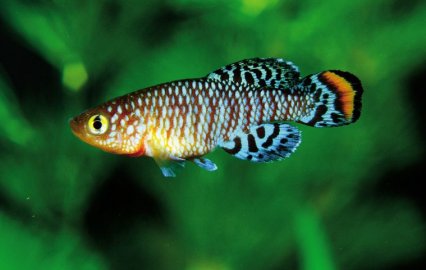 For half the year life in a killifish pool can be pretty good - no other fish species to compete with and plentiful food in the form of insect larvae. Then it all goes a bit wrong when the rains disappear and the pool starts to dry out. The solution? Lay eggs that can survive throughout the dry period with no water, only to hatch out when all the rain and subsequent food becomes plentiful again. The catch? You won't make it without any water and will either suffocate or get nailed by the nearest egret, but your progeny will live on and that is the name of the game in nature. 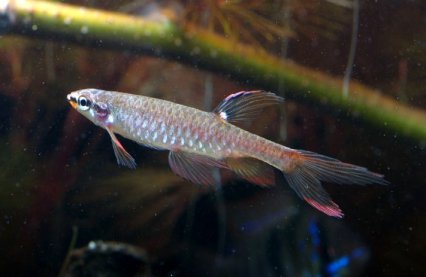 The Amazon river is full of predators and if you don't have the muscle to fight others off like cichlids can, how about placing them out of the water? The amazing Splashing tetra does just that, repeatedly jumping up out of the water to deposit eggs and sperm on an overhanging leaf, then splashing the eggs to keep them wet until they hatch and the fry can fall back into the water with a fighting chance. They'll even do this in the home aquarium. 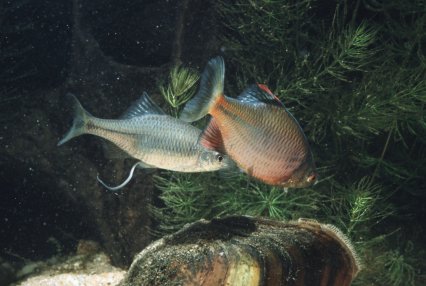 A rather unique strategy is one adopted by the Bitterling. To scatter eggs willy-nilly would mean having to release thousands just for one to stand a chance. The adult fish isn't tough and armoured itself, but it does live next to something that it - the freshwater mussel. Using a longer than normal ovipositor eggs are deposited right inside the mussel, which by virtue of its design closes shut when it feels threatened.

It's all a bit one way from there until the mussel decides to spawn, and its larvae parasitise the surrounding fish by burrowing into their flesh. Its 1-1 draw in the game of invertebrate verses vertebrate. 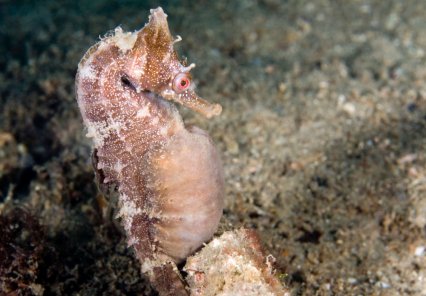 Seahorses and pipefish are pretty modern dads. Keen to lesson the burden placed on their female partners, from the moment she releases eggs, the males take them into their stomach pouches, looking after them until they hatch. Once this happens the fry are released and the male appears to give birth to them by releasing them from his pouch. 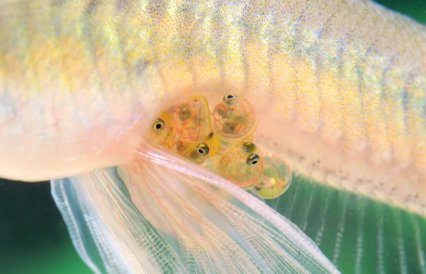 So you're a fish, you know mouthbrooding works pretty well but you just don't have the gob to be able to incubate your eggs. You still like the movement thing though as that makes sense, so you lay sticky eggs like your cousins do only this time you stick them to your own body so you can swim off, away from predators and still breed.

The Rice fish do a wonderful job of sticking eggs to their abdomens until they find somewhere better to put them, some South American whiptail catfish carry eggs under their lip while some Geophagine cichlids lay eggs on a leaf, then pick the leaf up and move that. Pretty cool hey? 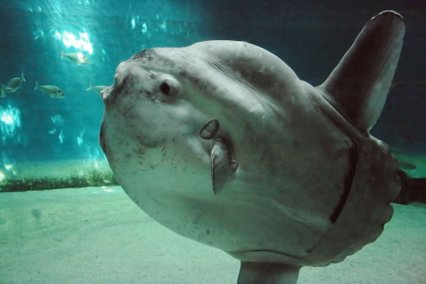 So arowana mouthbrood a low number of massive eggs, but what about at the other end of the scale? If you are a massive fish, one of the biggest, you can just blitz everything else by releasing millions of eggs in one go. The Sunfish, Mola mola produces 300 million eggs at a time, more than any other vertebrate. Sturgeon can produce between 100,000 and one million.

Failing that join up with your mates and do a mass spawning that produces so much food the predators can't eat it all. The annual Sardine run produces so many eggs and sperm the slick is viewable by aircraft.

The freshwater gars of North America produce eggs that are poisonous if eaten. Fish can't eat them and if humans eat them they will be seriously ill at best. We bet sturgeon wish they had come up with that evolutionary strategy!