The brief was simple enough. Take one of the largest retailer display tanks in England and give it the aquascaping touch!

Once we got the ball rolling George Farmer was drafted in along with the services of fellow aquascapers and UKAPS (UK Aquatic Plant Society) members Dan Crawford, James Starr-Marshall and Mark Evans.

The makeover subject chosen was the resident display tank at Maidenhead Aquatics, Peterborough. This presented something of a problem, though, as the store doesn’t close in the daytime, so all the work had to be completed out of hours, overnight and into the small hours. They would have loved to have done it with customers there to view it, only plants and gravel were everywhere.

Large ponds had to be drafted in as water storage units and for rehoming livestock while work was under way.

The design also had to be based around a permanent feature in the tank. When first installed, the original designers had built a gigantic resin tree stump that dominates the display. Rather than try to fight or hide it, the aquascape team needed to find a way to incorporate it.

Filtration and hardware was to remain fixed. With six 55w UV sterilisers, a 3k heater, a bubble bead filter designed for pond use and a gargantuan one horsepower of pump, there was certainly no risk of the system being underpowered or unable to cope.

Lighting could stay put, too. With 24 55w power compact bulbs above, plenty of light was already getting to the bottom.

The other constraint was CO2. With a tank of this considerable size, a couple of kilos of the gas would barely see the week out. That’s a big running cost for such a tank, so the choice of plant had to reflect species that were to be more user friendly to keep.

So, one Saturday at closing time, the members of our own SAS — Special Aquatic Service —  along with Maidenhead staffers Steve Rudd and Neil Habberly, gathered for their night-time operation on this leviathan of an exhibit.

How did it it all progress? See our step-by-step transformation below:

How we converted the tank 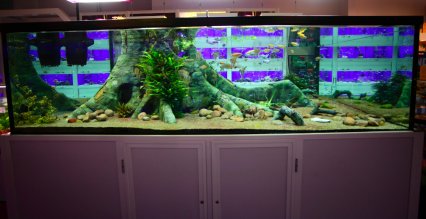 1. The original tank housed a mix of rainbowfish, gourami, Cardinal tetras, Torpedo barbs, Angelfish, Brochis, Megalechis, and Apistogramma. Water was drained off into two 1,000 l./220 gal. pond vats to save as much of the mature RO as possible. 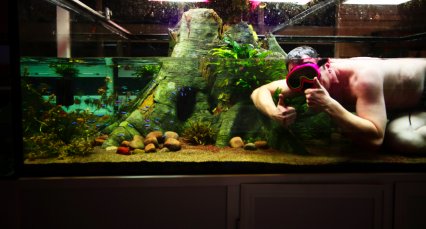 2. The fish are gently shepherded, caught and placed into the holding vats. Given the size of the tank it’s actually easier to catch the fish when someone is in with them, so George takes the plunge and becomes the chief usher... 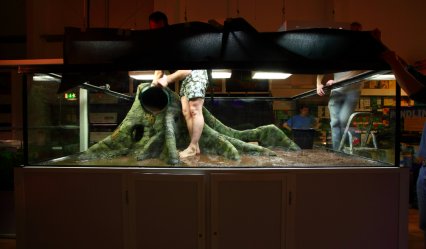 3. Once empty of livestock, the original substrate, a coarse sand bed, was removed using buckets and dustpans. Then 60 litres of the new, plant-friendly JBL AquaBasis nutrient substrate mix was added and smoothed into shape. 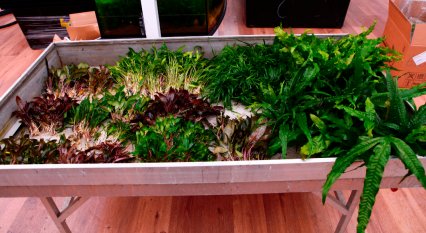 4. While the original substrate was being removed, the rest of the team opened and prepared the 12 boxes of plants from Aquadistri. The choice was to go for hardy species, with Cryptocoryne and Java fern variants the only species used. 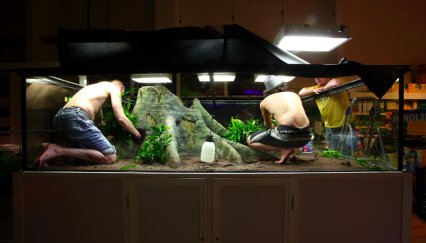 5. With the planting substrate in, the Java ferns were positioned and secured by James and Dan using thin fishing line. These used the prominent resin tree stump and will eventually set roots across the surface, holding themselves fast. 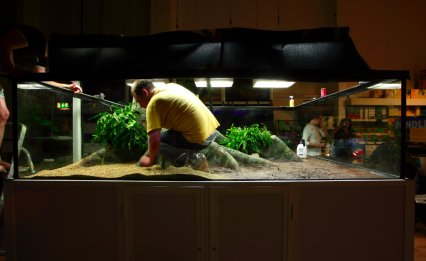 6. With all the plants in position, the top substrate is added — which, in this case, is Unipac’s coarse Fiji sand. A total of 250kg of the substrate is used and gently moulded into shape so that the AquaBasis underneath is not disturbed. 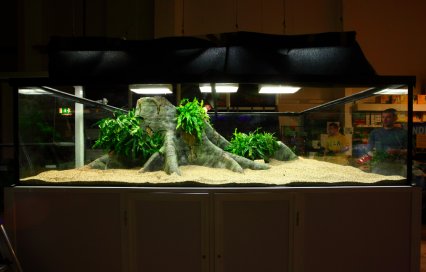 7. With the substrate added and shaped, the final layout of the plants is discussed by all of the team members. During this and preceding stages the plants are frequently misted and covered with a layer of polythene to stop them drying out. 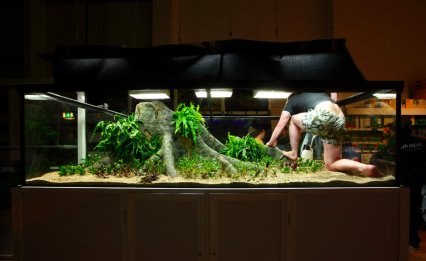 8. Taking care not to unduly disturb the substrate, the team members enter the tank and start to place the Cryptocorynes into patterned groups. The men organise themselves to ensure that their design isn’t becoming too patchwork. 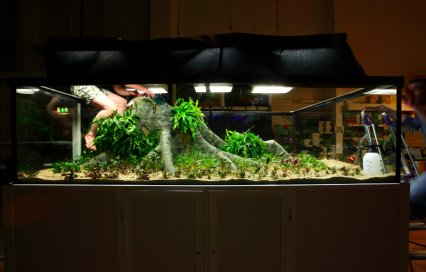 9. With the last Cryptocoryne in place, the team decide on any final rearrangements before refilling. Once everyone is happy with the set-up,  its slowly filled with water, starting at the top of the tree stump. This way substrate movement is minimised. 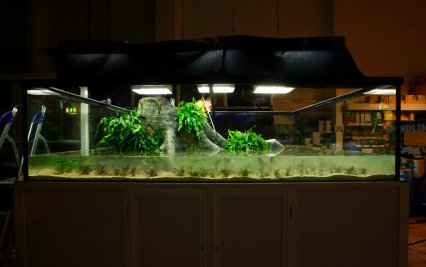 10. As the tank slowly fills some light clouding is seen, but the substrate and plants remain in place. Refilling the tank constitutes the longest phase of the project, taking the team right through to some 3am on Sunday morning!

Pictured a couple of weeks later, the tank has bedded in well. The big fear of melting Cryptocoryne has been avoided and the returned Cardinals, Torpedo barbs and angelfish are well settled. All that remains is for the plants to establish themselves further and bulk out with growth.

Fish used: Approximately 90 Cardinal tetras that were originally in the tank, 12 Red line torpedo barbs and 8 Angelfish. After our pictures were taken, around 25 juvenile assorted discus were added.

Everything used in this makeover is available for purchase, including the aquarium and stand. For the complete set up, a customer would be looking to spend around £25,000.

All plants, fish and aquarium hardware used in the making of this tank is stocked by, and can be provided by Maidenhead Aquatics @ Peterborough. 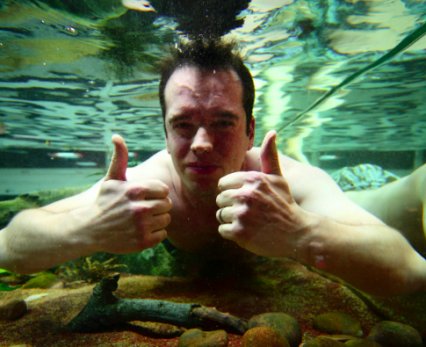 An RAF Sergeant, George is a UKAPS founder. His aquascapes have featured in many displays and regularly been the subjects of articles in Practical Fishkeeping. George is probably the best-known UK aquascaper.

Another founder of UKAPS, Dan is a graphic designer and motorcycle racer who freelances his skills. He has collaborated with Tropica, Unipac, TMC and PFK among others.

James is founder of the Aqueous Art Movement and his aquascapes have featured heavily in both public and private arenas.  His talent was recognised recently when he won the ‘Most Innovative’ award at the 2011 AGA contest.

Mark has spent less time in aquascaping than the rest of the team, but has already attained a world ranking of 95 in the IAPLC world championships. He often designs tanks for plant company Tropica.

Aquadistri of Holland for donating the 12 boxes of plump and healthy potted Cryptocoryne and Java fern plants used.

JBL for the 12 five-litre bags of AquaBasis substrate, and Ferropol liquid fertiliser used to keep plants fed after installation.

Maidenhead Aquatics staff in Peterborough who not only allowed the team use of the £25,000 display tank but also offered help and hospitality.

Unipac for the ten 25kg sacks of Fiji coarse substrate that sits on top of the planting substrate.