Why hatchetfish tick all the right boxes What tropical fish stands above the rest - the first name you think of as being community perfect? Nathan Hill nominates the hatchetfish.

The hatchetfish should be bigger players in more aquariums. They lend themselves to many situations, being excellent in the community tank, filling aquascape voids, making an exquisite species or biotope tank addition — and they’re perfect for a paludarium.

Of the nine species, there are three genera in the hatchetfish collective, and most are usually sold under the wrong names. Broken down, there are three representatives for the Gasteropelecus genus, two more for Thoracocharax, and four for Carnegiella. This latter group is instantly identifiable, due to the lack of an adipose fin.

Some hobbyists argue that the larger fish of Triportheus — giants in comparison — should be under the hatchet banner, but for many of us only those smaller types will ever carry the name. 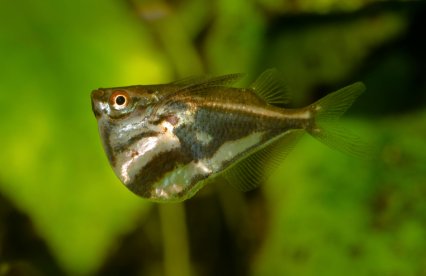 The most obvious feature of a hatchetfish is that pronounced barrel chest. It’s this distortion that gives rise to the hatchet moniker and this even carries over into the scientific names — Gasteropelecus being an amalgamation of Gaster, meaning belly, and Pelekus, meaning axe.

That huge chest harbours spectacular muscles and, if you look closely, you’ll see that the side fins, the pectorals, on a hatchetfish are hugely elongate. These are not coincidences and the structure is all a part of a fabulous flying mechanism that allows hatchets to flit from danger.

Much muscle is dedicated to that flying trick, and up to 25% of the fish’s weight is made just from pectoral muscles, meaning that the hatchet has more dedicated flight muscle than most birds!

The belly plays its part too, acting as a keel for the fish, facilitating both launch and land, and, in some cases, remaining in the water as this remarkable fish hydroplanes across the surface.

There’s something of a myth about hatchets beating their fins during flight. It was long accepted, with supportive evidence, that the wings moved, generating a noise and extending potential distance per flight.

However, repeated tests, involving cameras recording 200 frames a second, showed no movement at all. 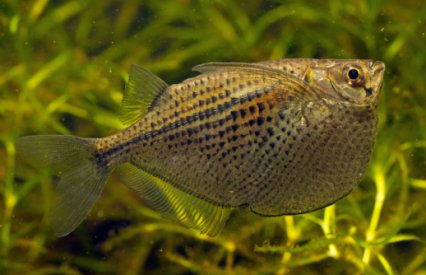 Either way, when a hatchet flies it’s with a whirring noise, most likely the result of reverberating, flapping skin on the fins.

Wide fins and powerful muscles mean these fish can jump several metres at a time. Those fins are also there as much to stop the fish sinking too far on landing as they are to act as wings.

A fish that can jump so well requires a tight aquarium hood. There was a long-held theory that the fish are enticed to jump in the pursuit of insects, but studies on wild communities have yet to find supporting evidence.

Instead, hatchets jumped when spooked and this is one strong reason to keep them happy and apart from intimidating fish. The best way is to keep them in suitable numbers.

It’s a shame to see group deals of three fish at a time in retailers when hatchets should typically roam at much greater densities. As a bare minimum, keep groups of no less than six.

Although they don’t fly after them, hatchetfish just love insects. Studies of wild-caught specimens consistently reveal huge quantities of insects in their bellies — usually more than 99% of everything eaten — and almost 90% of all those insects are terrestrial, land dwelling species.

These allochthonous (originating elsewhere) bug feeders are anything but the omnivores they are often claimed to be, instead being carnivores.

I’m surprised that more paludarium keepers don’t buy hatchets. With the abundance of fruit flies, micro crickets and other treats often used, a brace of Carnegiella would find such a setting an aquatic Eden.

Why not? Their natural range in South America is alive with bugs! It’s estimated that the continent has more than 30 million species and that’s one huge menu…

Feeding aquarium hatchets can involve insects, when you can get them, and they will love you for it.

Failing that, flake food will be taken readily, but, bearing in mind their nutritional needs, it’s worth making sure that whatever is offered isn’t too 'green heavy'.

Although they’ll eat at most times, hatchets are most relaxed and subsequently ravenous in the subdued light of dawn and dusk. If you have a reluctant fish offer foods at times that mimic this.

The superior (upwards pointing) mouth means that the fish can only really take from the surface or higher columns of water. Sinking foods will pass them by. 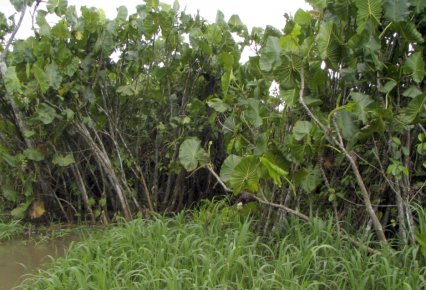 Make your hatchets feel at home

Wild hatchetfish like slower waters and riverbanks. Typically they are found in streams with shaded cover, but will also make their way into flooded forests during rainy season.

Their habit of lingering near insect-rich shoreside vegetation is something keepers need to emulate.

We need to have different décor considerations than for most other fish. As hatchets only live in the upper few inches of the tank, they’ll not care what goes on underneath. However, they are picky about their surface environment.

Water movement should be negligible or non-existent, although the fish will usually find a quiet spot to enjoy.

However, if you want them to roam, keep the water surface serene and calm.

Floating plants help to bolster confidence, as do plants that reach and break the surface. These should be incorporated where they can. Try to keep lighting levels below a high intensity too.

Water conditions are soft and acidic, typical of many South American fish. Nearly all species are happy between pH values of 5.5 and 6.5, with a hardness of 4°GH. Many will keep them at higher values and these fish cope well with variances. However, having seen examples of both types, there’s a definite vibrancy and colour unmatched among those kept at the right values.

Don’t be shy to add a little blackwater extract either as this can work wonders in enhancing markings, especially on the marbled Carnegiella strigata.

Be cautious when purchasing wild-caught specimens — which many imports are. Wild hatchets are known for being carriers of many pathogens and one study of wild collections found a 100% infection rate in fish.

Always scrutinise any wild fish before purchasing and avoid any showing even the first symptoms of whitespot, even those fish with slightly ragged fins. If these create an outbreak in your aquarium it will be costly and time consuming.

However, given that so many retailers now have the proper facilities to quarantine new fish, especially wild imports, this is not the issue it once was.

Two great hatchetfish for the aquarium 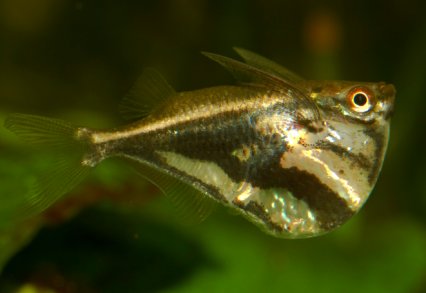 Distribution: Across the upper, middle and lower regions of the Amazon basin — even Colombia and further south of the Amazon. 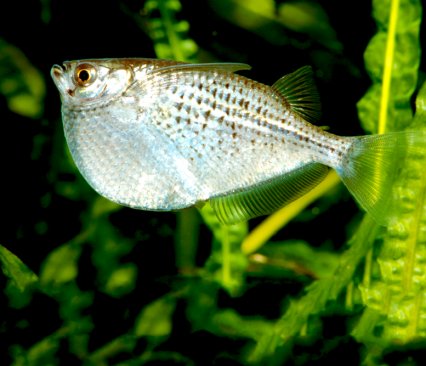