Got a problem with algae in your aquarium? These fish will all earn their keep by helping to keep it under control...

As our tanks become increasingly smaller we need to find similarly sized nano algae eaters to match. Otocinclus are tiny South American algae eating catfish. They are well behaved, communal and great for grazing algae. Just don't combine them with Amazon sword plants, which they will also eat. 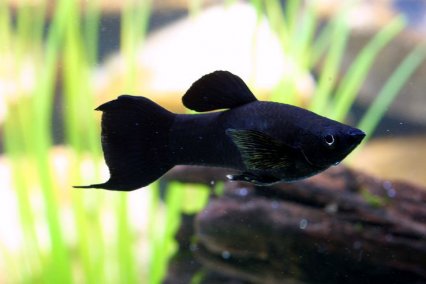 Don't underestimate the power of livebearers as algae eaters with platies and guppies even doing their fair share. Of them however, Mollies are very good, and of the mollies the true black molly, Poecilia sphenops is the best of the bunch. Often available these days with a slight lyre tail. 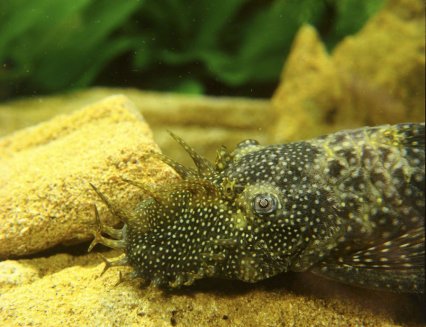 One of the best algae eating fish you'll ever keep, Bristlenose are hardy, easy to keep, easy to breed and they don't get too large, topping out at about 12.5cm, depending on species. Any of the Ancistrus group make great algae eating additions to the tropical tank. 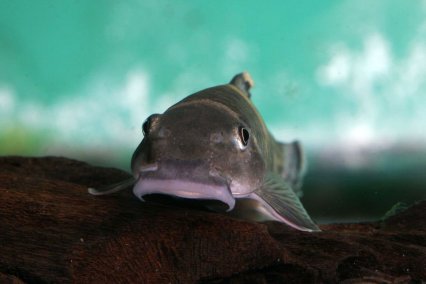 Previously only known as drab, ugly fish, Garra can be pretty too with recent additions such as the Panda garra, Garra flavatra, and the Garra sp."redtail". Unlike you see in beauty salons poor old Garra rufa will prefer an algae covered rock to some stinky feet to suck on too. 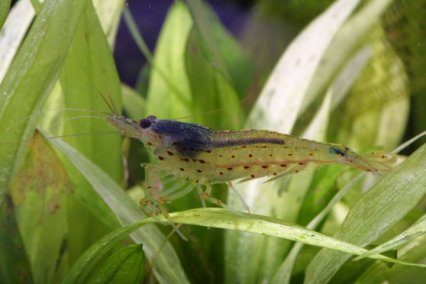 Now mainstream, you still can't beet the Japonica, Amano or algae eating shrimp, Caridina multidentata, for its sheer work rate and effectiveness on most types of algae. But with some many other, more colourful species emerging into the freshwater hobby, they can all play a part in algae clean up too. 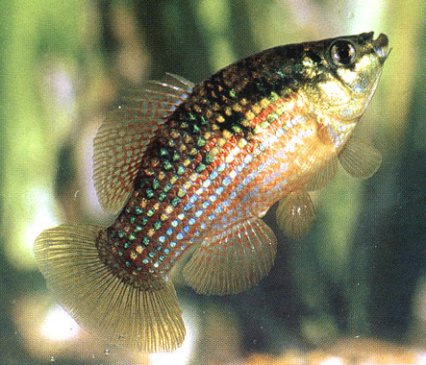 Jordanella floridae is a temperate, hardy killifish from Florida that we have kept in the hobby for many years. They are a bit odd, sometimes nipping fins and are best when kept in a weedy tank set up just for them. But they are known to eat hair algae, so could be added to deal with a very specific problem, just watch your other fish though... 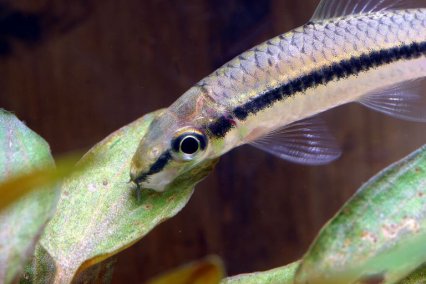 There are several species sold as Flying fox including Garra cambodgiensis, Epalzeorhynchos kalopterus and the one that we are most interested in, Crossocheilus siamensis. Known as the "true" flying fox the latter species is used universally for algae control, but is also used for specific hair and brush algae control. They do grow to 15cm in length, so will need large aquariums. 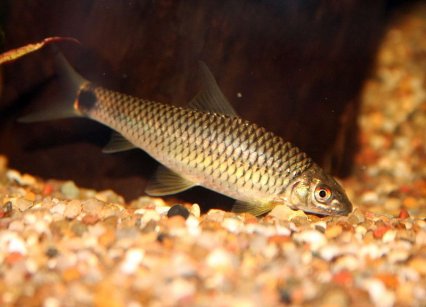 Another member of the Crossocheilus genus, this one is as good if not better at eating algae than the Flying fox. Their bodies are basically silver with a black blotch near the tail and a net pattern on the scales. They grow to over 15cm in length, so again will need a large, spacious aquarium. Some of the plainer Crossocheilus species are marketed as "world's best algae eaters". Picture by H. rolof, Creative Commons. 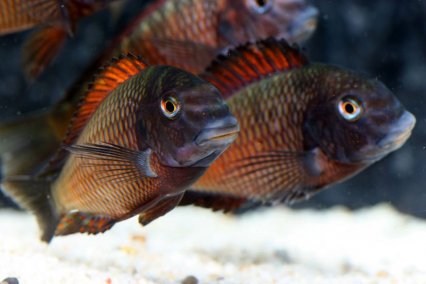 Certain representatives from lakes Malawi and Tanganyika are also adapted to a life of constant algae eating. Malawi mbuna, the rock dwelling cichlids will all pick at and graze algae but members of Labeotropheus are best. From Lake Tanganyika, a group of 10 or more Tropheus are colourful, collectable and even need algae in their diets.

These small plecs are found at altitude in streams and rivers in South America and area dapted to a life in fast flowing, cool water. Known as Bulldog plecs, these streamlined dwarfs will eagerly rasp away at algae, keeping your decor and glass clean, and becoming popular additions due to their cute faces and antics too. Picture by by H. rolof, Creative Commons.