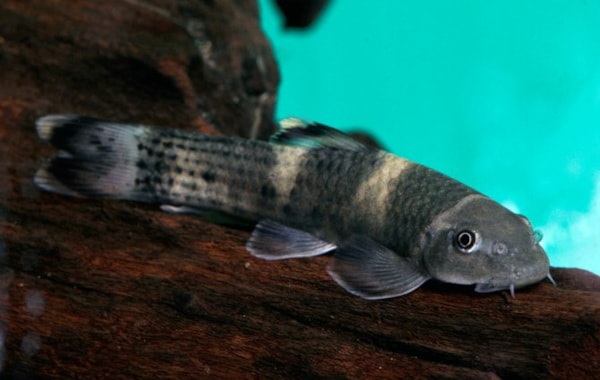 A baffling genus is Garra. Within the family Cyprinidae there’s some 100 recognised species, most which are poorly documented. Most have never been seen in the hobby either.

Some have become easier to get hold of over the last decade and others have started showing up as contaminants among shipments of wild, particularly South-East Asian, fish. Identifying some can be problematic as many have plain colours, images of live ones can be hard to find and several previously used names are now considered synonyms of other species or invalid due to misidentification.

The taxonomic integrity of some commonly available species is not in question, however, and a few easy are to recognise. Garra flavatra is one.

Since its introduction to the hobby in 2005 it has developed a keen following. The first specimens were collected in early 1998 by Drs Sven O. Kullander and Ralf Britz but formal description was not published until 2004. Then Kullander, alongside Fang Fang, revealed that the discovery of the ‘unusually colourful’ G. flavatra inspired the study, although seven new Garra species were described.

All are native to the Rakhine Yoma  mountains in Rakhine in western Myanmar. This range forms an arc along the eastern border of the state with the Bay of Bengal. It is therefore isolated from the rest the country and, until recently, little studied.

The mountains also act as a climatic barrier, shielding central Myanmar from the south-western monsoon. Conversely, Rakhine is affected by annual winds and between May and October torrential rainfall is common. 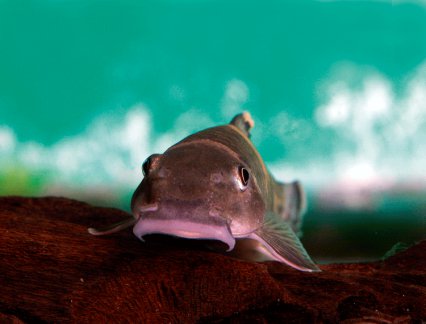 This is significant as during Kullander and Fang’s fieldwork all three localities for G. flavatra contained relatively little and slow moving water, with fish often confined to near-stagnant pools. This is at odds with the typical perception of Garra as denizens of fast-flowing/turbulent habitats.

This is not to say it prefers sluggish water in the aquarium — and the opposite is true. All Garra possess a modified lower lip which forms a disc-like adhesive appendage, allowing them to maintain position in fast-flowing water while still feeding.

In my experience they are far more active and entertaining when tank volume is being turned over at least ten times per hour using any combination of rivertank manifold, large external filter(s) or additional powerheads. G. flavatra, in particular, seem to enjoy exploring new sources of water entering the tank, as during water changes.

Among the most attractive Garra, it is difficult to confuse with other species — being the only member of the genus with alternating dark and light vertical bars on the flanks, along with red markings in the fins.

Several trade names include Panda Garra, Clown, Banded butterfly and Rainbow, while some exporters, and subsequently shops, continue to label it incorrectly as a loach.

It is generally peaceful in the aquarium, although when kept singly some specimens may become territorial towards similar-looking species such as Crossocheilus or balitorid loaches.

In a group they tend to concentrate on each other with dominance battles involving fin flaring, charging and a paling of the body coloration. However, physical damage rates from is rare to non-existent and, provided its tank mates are chosen with care, this species is ideal for a hill stream-style community.

Of the species described alongside G. flavatra, G. poecilura is most similar, exhibiting analogies in body shape and caudal-fin patterning. G. rakhinica is also comparable shape-wise, but plainer and lacks caudal markings.

G. propulvinus and G. vittatula are laterally striped, brownish fish and quite unremarkable in aquarium terms.

After flavatra, G. spilota is the most attractive fish. It has red fins, a coppery body coloration with dark blue/grey blotches on the flanks and can sometimes be found available in the trade.

G. nigricolla is the largest species and distinguishable by a thin dark stripe across the top of the head. 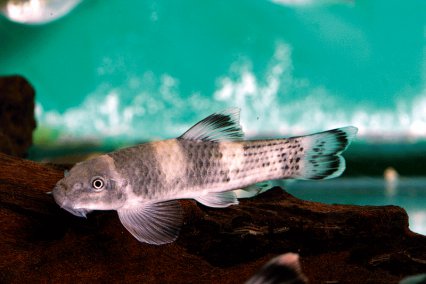 Keeping and breeding them

Diet: Dried foods are accepted, but regular meals of Tubifex, bloodworm and chopped prawn should be offered. This fish will also graze algae if available.

Décor: Best kept in a highly oxygenated set-up with a rocky substrate, with plenty of water movement and bright lighting to promote growth of algae and associated micro-organisms.

Recommended tank mates: Most members of the genera Danio, Devario, Opsarius and Barilius as well as some Puntius and Rasbora; balitorid/nemacheilid loaches; Glyptothorax and Batasio spp. catfish would be compatible.

Myanmarese exporter Tin Win’s company Hein Aquarium has been producing the species commercially since 2008 and he told Matt Ford that its natural spawning season is between May and July, so that’s when adult specimens are collected.

They are initially kept together and fed a diet of live Tubifex worms, chopped earthworms and an algae-enriched dried product.

When in condition, males develop tubercules on the head and females become noticeably plumper.  At this point individual pairs are selected and moved to smaller tanks. All aquaria are highly oxygenated and have running water.

The eggs are laid in the morning, hatch in 24-30 hours and fry fed a suspension made from egg yolk once free swimming.  After a week or so they are large enough to accept Artemia nauplii. Tin Win is convinced that flowing water stimulates feeding and growth rate in the fry.

Add a tightly-fitting tank cover as this species is notorious for escaping, especially when first introduced. It can also fit its body through surprisingly small gaps.

In the description paper the water at all three localities was said to be shallow and relatively slow flowing. Presumably the type specimens were collected during the dry season?

It gets really very dry in Myanmar. All collecting is done in low water conditions. Occasionally I have been forced to fish in high water and it’s a waste of time. I cannot say how much more water those streams have, but I guess at least one metre.

Did you record water chemistry parameters?

I used to do that for many years, but it was a pain to carry extra stuff and get dubious recordings.

During low water you get sedimentation and in some places leakages from soil will provide some conductivity.

Temperatures rise on sunny days, but probably not so much in the shaded flavatra biotopes. During high water, small streams carry only rain water, so may be totally distilled.

Do the Garra occupy a particular microhabitat?

They are a bottom-living fish and that is all I can say. At each place conditions were rather uniform along the stream.

Do you have any idea if additional populations have been discovered since you completed your fieldwork?

We were fishing in that area for only four days and I am sure the fish have a wider distribution. They seemed abundant at the localities, but difficult to collect with a seine because they hide under and between stones.

If you were to set up an aquarium based on the biotope what would you include?

They really like current. So, rocks with epilithic growth, extending the depth of the tank, clear water, good flow, and no vegetation would be my choice.