How to grow your own moss carpet 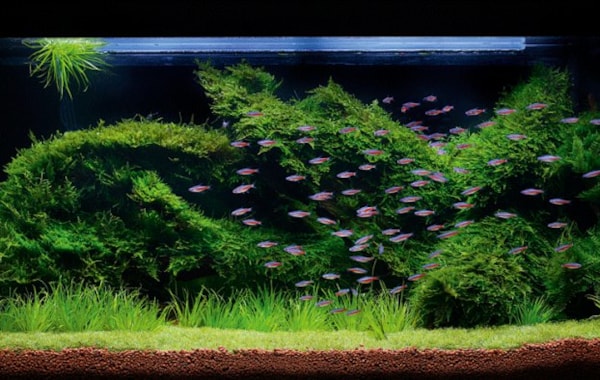 Ever considered moss as a tank essential? Tom Messenger explains why he's such a fan of the look it creates and uses it often.

Moss has the unique ability to give a sense of age to anything it grows on and It can give life to an otherwise bare and boring aquascape.

You can create the nicest layout with fantastic pieces of driftwood, but the likelihood will be that there is still something missing. I find bare driftwood can often feel very cold, harsh, and even forced. Moss could be the perfect feature to bring it to life.

Walking through a forest, you will rarely find a rock or fallen branch without something growing on it. This is especially true of areas near streams, where there will be a lot of moisture and damp conditions.

Moss is very easy to grow as it can be so undemanding, however, for it to really thrive you should still add CO2 and fertilisers. Under low lighting, moss can be quite light in colour, and the ‘fronds’ quite spaced out. In higher lighting with plenty of CO2 ad nutrients, the fronds will be more compacted and look a lot neater. I much prefer the higher light form, as it is much easier to train to grow where you want.

I have found that for both Java and Christmas moss, lower temperatures around 20°C/68°F (room temperature) seem to be perfectly adequate, although Java moss particularly will cope above 30°C/86°F. I tend not to heat my planted tanks as they only really occupy the attentions of plants and shrimp, and Java moss almost always seems to thrive under such conditions.

Although Java is the most commonly available species, there is confusion over its scientific name. Most suppliers still use Vesicularia dubyana, but others describe it as Taxiphyllum barbieri. Many more species are now becoming available, but some can demand high prices. My favourites still include Weeping moss and good old Java!

When tying moss to either rock or driftwood try and place it as thinly as possible, making sure you get as much of the moss in contact with the surface as possible. This way you won’t get the lower layers dying off — but it will quickly grasp hold and spread.

The moss should be tied with either cotton thread or a light fishing line. Most cotton will rot after a few weeks and should leave the moss in place. If worried about the moss attaching in time, use fishing line as it will not rot. It is generally clear in colour, making it difficult to spot, although will likely be soon covered in moss.

On driftwood layouts I find it looks best to attach the moss where the wood divides and branches off, and around the base — as in the pictures here. This way you can also make several smaller pieces of wood appear to join in the middle for extra effect.

Moss 'walls' are popular. One can be placed against the glass of the aquarium, or even as a carpet on the bottom. The ideal base is rigid plastic mesh or similar. As on driftwood or stones, it can be tied to the mesh with cotton or fishing line. I think the idea of a moss wall is to hide unnatural-looking glass walls with a living coat, although I think it can often leave the aquarium looking cramped.

Moss is also useful when breeding many species of fish. It has multiple purposes in a breeding tank, including providing a safe hiding place for fry that larger fish would find hard to penetrate. It can also harbour infusorians, a vital first food source for newborn fry. In this type of set-up the moss is most often left as a loose clump as opposed to being lain down.

As for maintenance, it is what you make of it! Regular trimming will lead to a neat, compact covering and enable you to train it to pretty much any shape – especially under high light and nutrient levels. Alternatively, for a more wild and natural look, it can be left to its own devices, trimming only when necessary.

Algae can often be a problem as far as moss is concerned, especially in an aquarium dealing with higher lighting and nutrient dosing. Hair algae can be a nightmare to remove as it winds its way in. A toothbrush can remove it, although be careful not to pull up and disturb the moss.

I have also found regular dosing of Flourish Excel very helpful in eradicating many algae species, and, in severe cases, it can be applied directly to the affected areas with a syringe or pipette.

Moss is unique in that it has so many uses in the aquarium. Whether you have a specifically planted tank, biotope, breeding tank or just community tank, there is bound to be a species that will fit in perfectly. It can provide a safe haven for fry, a place to lay eggs, give an aged appearance to driftwood, a tank wall, or even a carpet! It is a great choice for almost everyone. 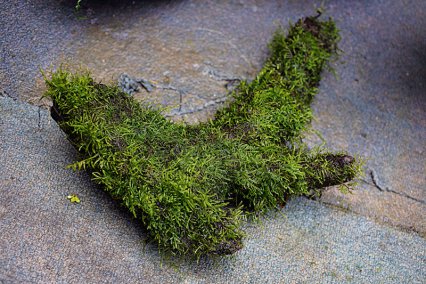 How to grow Java moss

1. The Java moss I used came bunched up in foam with a lead weight around it. This will need to be unwrapped and spread out.

2. Find a suitable piece of driftwood and some cotton or fishing line to tie it on with. This piece of wood will be perfect for a nano aquarium, due to its small size and complex but compact branches. Darker cotton colours such as dark green and brown are best for tying moss.

3. Place your moss thinly over the driftwood, concentrating on the ‘trunk’ and where the branches split. Tie it securely with the cotton or line, making sure as much of the moss as possible is in contact with the wood. Over time it will spread along the wood, and it should be trimmed to keep it compact.