Already surrendering in the fight against algae in your aquarium? Fight back with a selection of these weapons!

When Takashi Amano introduced the Yamato numa shrimp to his planted tanks in the early 1990s, he revolutionised natural algae control. This see-through, unassuming freshwater shrimp  eats algae tirelessly 24/7 while leaving plants alone, and even cleans your sand or gravel too.

Now named Caridina multidentata, you won’t go wrong by adding several to a community tank containing just small fish. They are fascinating to watch on their own and have sparked a whole new passion in the hobby, in which this species and their colourful relatives are kept – even without fish – in small planted tanks. 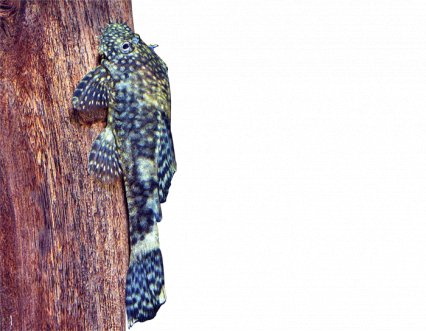 This is possibly the most obvious choice and the most fun.

Algae-eating fish are adapted to do just that and, if your tank will accommodate one, you’ll get a dual-purpose pet and cleaner all in one fish.

The most famous algae eaters are the loriacariid catfish or the suckermouths, or plecs as they are commonly known. Choose a species that won’t outgrow your tank and make sure you provide suitable alternatives to algae when the green menace runs out.

Common algae-eating suckermouths include Bristlenose, Otocinclus and the Common plec, though the latter aren’t advised as they outgrow all but the largest aquaria and make quite a mess too.

After plecs you have sucker-mouthed ‘loaches’ like the Chinese algae eater (Gyrinocheilus aymonieri) any of the Garra and even the flattened Borneo suckers will make great algae eaters for hillstream biotopes.

Did you know that livebearing fish like mollies also make good algae eaters? Add one or more algae-eating fish to your tank and half the battle’s already won. 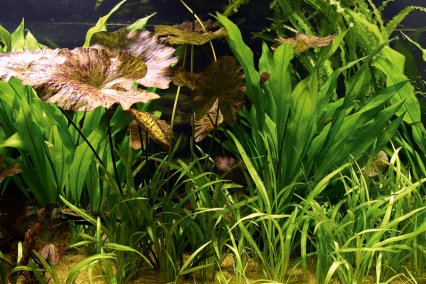 Nature’s battling plants steal the algae’s light source and starve it of nutrients. Few well-balanced planted tanks will have any trace of algae and any levels of nitrate or phosphate either. Plant heavily, stock lightly with fish and your algae problem may go away all by itself. 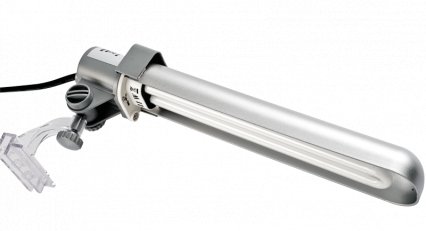 An obvious tactic, but not to be underestimated. Algae needs light to survive, so less of it will usually mean less algae. Lighting is getting better and brighter, though if you don’t have a tank of plants or corals that need it, you will get algae.

Cut down the power and duration of your lighting and algae will not take such a hold. Extreme cases may even call for a blackout — a period of several days with no light and a black sheet as cover, preventing any brightness penetrating the tank.

It’s a drastic measure, but can be effective, and for all other circumstances as little as six hours of strong light can be used per day for plants or corals. Less than four hours is sufficient for fish-only tanks or simple ambient room light when not viewing your fish. 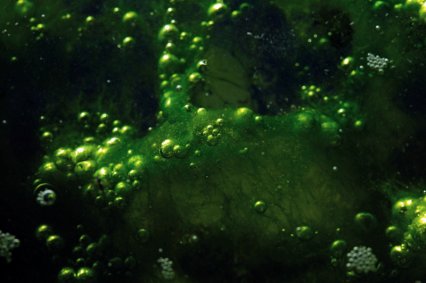 This sounds obvious, but it will pay dividends long term if you don’t allow algae into your tank in the first place.

If they haven’t been kept well at the shop, aquatic plants may bring in algae on their leaves. These strains include Black beard algae (BBA), the notorious Blue green algae (BGA) which is actually a bacteria, and diatoms, which look like little spots on leaves.

Introduce BGA and you are almost guaranteed that it will manifest itself, usually on the substrate, and will prove near possible to eradicate.

Buy new plants grown out of the water and get them fresh the day they arrive at your supplier. Rinse all pre-soaked bogwood and, if you can, use new substrates as they won’t be carrying the dreaded BGA. 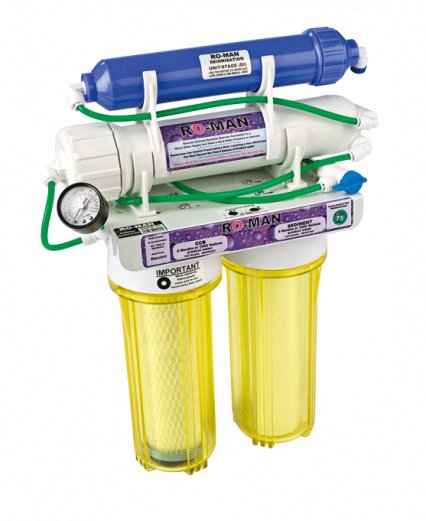 Great for fresh or saltwater, and especially for soft water set-ups, RO (reverse osmosis) water can be very useful.

If using tapwater you are often off to a bad start straight away, as this is full of fertilisers like nitrate and phosphate that will fuel algae growth from the second you put it in.

Purify mains tapwater through an RO unit and those pollutants are removed, leaving you with pure base water that won’t cause algae.

You don’t have to dechlorinate it either, as the unit does that for you. 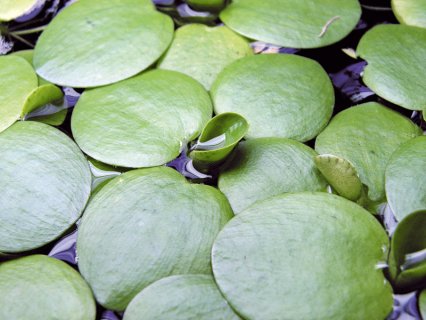 We love floating plants as they are so multi-purpose! They are great for stopping algae too. First they shade it by spreading across the surface and blocking out bright light. Then they starve out the algae, like their aquatic counterparts, by soaking up all that spare nitrate and phosphate and feeding themselves with it instead.

They represent a great, quick, decorative remedy and your fish love hiding under them too. 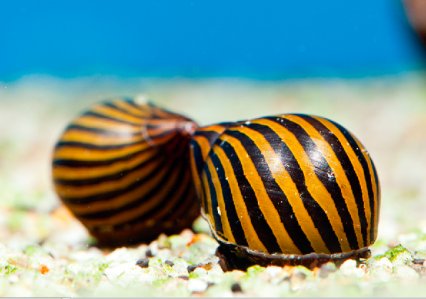 Known as traditional algae eaters, some snails are better than others. The streamlined Nerites appearing in all the dealer’s tanks at the moment are great for grazing short, green algae from smooth rocks, and can be very attractive too.

Avoid Apple snails if you want a grazer. Keep them as pets instead, as they aren’t very good at cleaning. 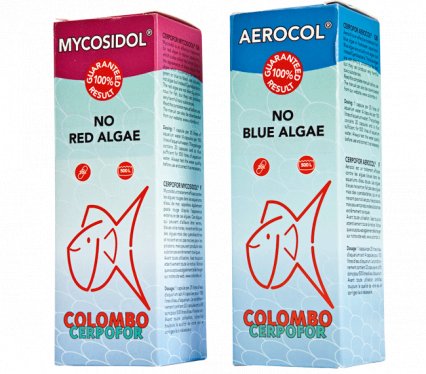 Often a last resort, a liquid or tablet can be added to the aquarium to try to kill off stubborn algae. However, it won’t remedy the original cause of the algae, so all too often the menace returns.

There are fewer algae treatments nowadays as UK legislation prevents some being sold, but remember to always check that your water is well oxygenated and filtered to cope with a sudden algae die-off. 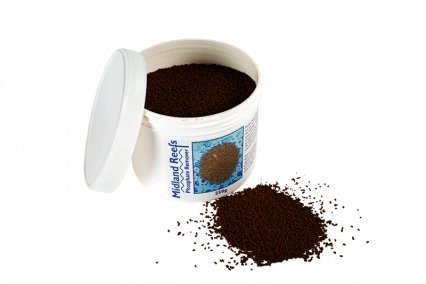 Phosphate build-up in anything but a heavy planted tank will fuel algae growth and phosphate remover is well known and widely used.

Available usually as a granular product to place in a fine net bag in your filter, it soaks up phosphate and locks it away. You then discard the saturated resin and add more.

Great for fresh or saltwater, it should be high on a list of possible cures.

Stronger water movement: It’s said that increasing the water flow significantly helps to prevent the so-called slime algaes in freshwater and marine tanks. After years of testing this theory PFK can safely say that it doesn’t always work and we have seen slime algae in fresh and saltwater tanks with total volume turnovers of more than 30 times per hour.

Wave action is also claimed to tear at and prevent slime algae, though some persisted in a reef test tank with a strong wave action.

What is true is that the brighter the light, the stronger water movement you need – although even if it beats the slime, another algae will grow in its place if you still have excessive light.

Barley straw: Actual barley straw in a mini bale, or extract of barley straw in liquid form, is widely used in ponds and occasionally aquaria. The theory is that as the straw breaks down it releases peroxides, which then kill algae.

Give it a try by all means, although we still prefer the long-term prevention methods listed here to any claims of short-term cure.

Water changes: Good old-fashioned water changes can be an important weapon in the fight against algae in fresh and saltwater.

Hi-tech planted tanks rely on daily water changes to keep algae at bay and it seems to work.

Regular water changes with marines can not only help to deter algae, they will keep your water parameters stable too. If in doubt, change it out.