John Clipperton takes a critical look at his first reef tank, and explains how it has grown – and what has worked best.

My first reef tank was set up in late 2003 and won several awards within the UK online reef community, including a Tank of the Year award. At the time of writing, it is now a comparatively old system as it enters its fourth year.

It’s a sump-less system contained within a Juwel Panorama 80 tank. This six-sided (or flat back hex) style aquarium measures approx 80 x 40 x 40 cm/32” x 16” x 16” and therefore makes the tank a shade under 136 l/ 30 gal in volume before displacement. Some would call this nano-reef territory, but I prefer to call it a mini-reef, personally. Incidentally, this tank shouldn’t be confused with the nano I set up in recent issues purely for photography purposes. 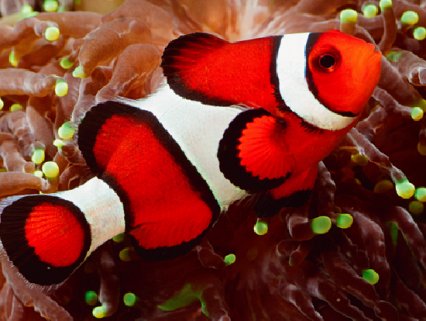 In terms of life-support systems, I have tried to avoid an over-complicated design, relying on first-hand observation of the fauna in the tank and dedicated maintenance rather than heavy automation and electronic testing.

Light skimming is achieved through use of an Aqua Medic Biostar Flotor skimmer, and filtration is by Polyfilter chemical media (held in the original Juwel filter) and 20 kg of quality live rock in the tank.

Lighting has been upgraded from the standard Juwel tubes to two 55W compact fluorescent bulbs, plus a 24W T5 actinic, which serves as a dawn/dusk light. Needless to say, with all this light a mere couple of inches from the water surface underneath the original Juwel canopy, cooling and ventilation are essential. Both of these factors are therefore controlled by use of two PC fans, which are variable in speed.

This keeps the temperature stable over the short term at about 25ºC/77ºF, although I have noticed that the odd fluctuation, even if quite large, does not appear to have a noticeable negative effect on livestock anyway. Evaporated water (on average 1 l per day) is replaced daily using a weak kalkwasser mix dispensed from a home-made dripper, usually overnight.

Circulation is also simple and provided by modified powerheads, one of which is attached to a surface skimmer. The overall circulation of the tank is approx 30 tank volumes per hour.

For a substrate I have a shallow layer of fairly fine aragonite gravel. I use a Hagen Tronic heater and monitor temperature using a digital alarm thermometer.

My water is produced by a 50 gal four-stage RO/DI unit, and I monitor the performance of this with a TDS meter. I use Reef Crystals to make my salt mix. Overall, this relatively low-cost recipe of equipment and practice has contributed to a stable system with good water parameters... so far!

The electricity costs of the tank are also quite manageable, being an estimated £2 per week at the time of writing. I have found that fragging alone is enough to offset this cost. 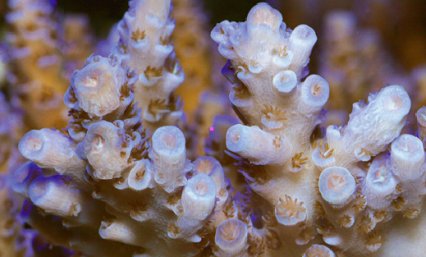 Over the last four years, the tank has gone through various phases in terms of stocking, however a slow and steady build-up of fish to the current point has been a consistent underlying rule. Actually, I believe this has proven instrumental in allowing me to stock the system heavily by traditional standards, yet allowing me to attain a nitrate level under 5ppm.

Generally, the first corals I added were mainly false corals and SPS, and then I moved on to hardier LPS. I now find myself, like many others, seeking colourful SPS and rare LPS. Obviously I have had successes and failures and admit that I have lost specimens at times.

Overall though, most of my stock has done well and I have even supplied several local stores with tank raised livestock. I think that adding Xenia early in the tank set-up may have contributed to the success of the system.

Although now rampantly out-of-control, the growth and harvest of this coral has doubtlessly helped to soak up excess nutrients. I have also recouped much of the cost of setting up the system by trading this coral.

Some regard it as a reef weed, but personally I love it – particularly the white Red Sea variant that I have. It doesn’t cause too many problems in my experience; you just have to learn to live with its wild nature and not be too obsessive!

I do believe that more aggressive filtration and skimming may reduce its growth... this isn’t something I have felt the need to try yet. 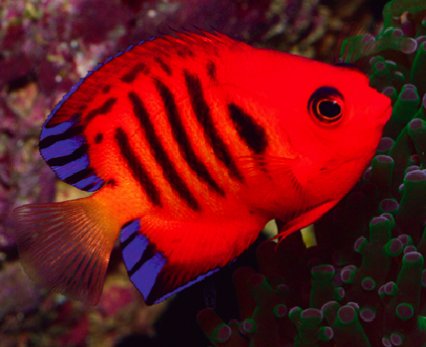 As far as tankmates, the Flame angel has proven to be fairly well-behaved with most corals in the system, although I find that new introductions are often targeted, despite increased feeding. As such I have moved a number of specimens (mainly substrate-dwelling LPS) into a nano tank that I set-up for a photography project.

Feeding a system containing such a diverse array of life forms is an interesting and challenging proposition, and my method has changed in tune with the contents of the tank over time. I now feed one small sheet of green or red dried algae in a clip each morning.

In the evening, I defrost a few small pieces of frozen food such as krill, Mysis, brineshrimp (with Omega 3 or garlic), shredded prawn or emerald entree in a glass with a few drops of tankwater.

Occasionally, I soak this mixture in a vitamin supplement, then strain out the excess juice. I usually add some frozen rotifers or Cyclop-eeze. I also feed phytoplankton sporadically.

Looking to the future

Although I loathe disrupting this system, at the time of writing this, I am in the midst of planning a slightly larger system that would see the current reef structure dismantled, transferred and recreated in a new, similar tank approximately one-third larger in volume. There are plans for more corals and fish and I intend using the contents of my nano reef to make up the rest of the system. Though re-uniting my Flame angel and prized LPS coral is something that will need careful consideration. 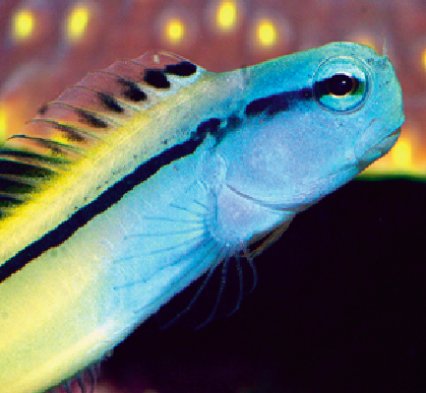 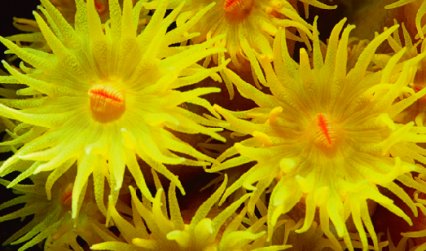 This is an article from the Practical Fishkeeping archives.

Why not take a look at some of the other fabulous reef tanks featured on the PFK website: