A childhood fascination with marine fish has culminated in a magnificent reef display full of movement and colour.

Jack Allen’s reef is a real spectacle and credit to Jack’s passion for all things marine.

Despite being in the kitchen, some 10m or so away from the front door, the tank and its colours are so impressive that its the first thing you notice when you step into Jack’s London home. It takes your eyes a good few seconds to adjust to the visual intensity and almost overwhelming technicolour feast, especially if, like me, you’re used to the calm and mellow green, brown and occasional reds of a planted aquarium aquascape!

This set-up was quite the opposite — much higher impact and perhaps less relaxing for some tastes, but hugely impressive nonetheless. 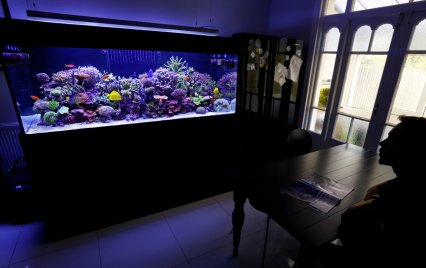 Jack started off in the hobby as a child, his father owning an aquatics business in the 1980s. He dealt mainly with koi, freshwater tropical fish and aquatic plants, but also dabbled in marines.

It was during a visit to an aquatic shop when Jack, then just eight years old, saw his first marine fish and he soon became hooked on their exquisite colours. From this young age, he kept a few basic marine set-ups, with varying degrees of success.

His dad was also a keen diver and Jack followed suit at as a young teenager. He’s since dived all over the world, which has only served to further his self-confessed obsession with anything marine related. 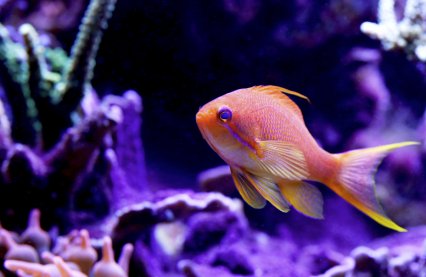 It wasn’t until 2008 that Jack decided to take the plunge fully as a dedicated reefkeeper. His current aquarium was bought two years ago.

Jack ordered a Seabray custom-built 12mm glass tank through H2O Aquatics and had it built on-site in his kitchen. 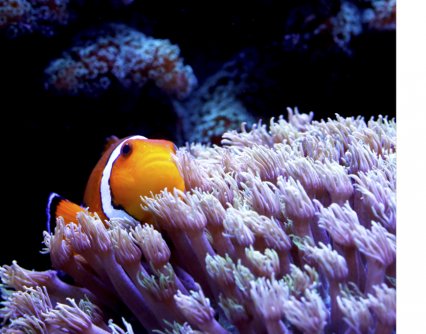 Bringing the aquarium to life

The fish remain Jack’s favourite part of the reef hobby. He says: "It’s the corals that provide the backdrop to the picture, but it’s the fish that bring the picture to life."

This philosophy is certainly apparent in his reef — the amount of activity is incredible. His aquarium is home to around 30 beautiful fish — wrasse, clownfish, anthias and a mixture of tangs and angelfish, with Jack’s favourite being the latter two.

The fish are fed twice a day with a large variety of flake and Gamma frozen foods including Mysis, brine shrimp, red plankton, mussel and krill. He also feeds New Era and Ocean Nutrition flakes and pellets, as well as nori seaweed. 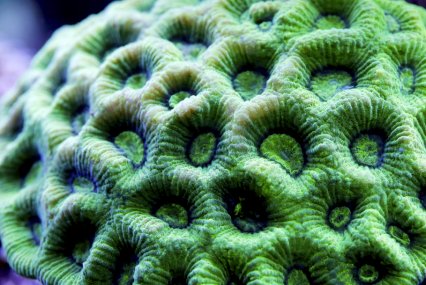 Jack’s biggest problem with his set-up happened last summer when he was having trouble with his Montipora plating corals turning pale and stripping their outer layers. He also witnessed some Acropora doing the same thing. Fellow reefkeepers mentioned a theory that pollen present in the air during the summer could be poisoning the corals. Jack plodded on until autumn, when he came home one day to see a considerable number of corals stripping.

Advised by a couple of specialist marine retailers that it could be an iodine issue, Jack had his levels tested. Sure enough, they were too low, even though he was supplementing iodine twice a week. He began dosing five drops per day of an iodine supplement and said the turnaround in coral health was incredible. 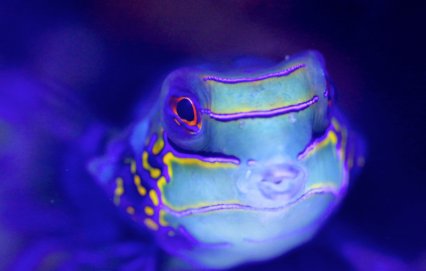 Jack’s theory was that a switch from a FM Balling Lite system to a calcium reactor, with the consequential increase in demand for iodine, combined with a lack of dosing it, led to the issues.

Jack is such a big fan of his DaStaCo calcium reactor that he recommends it to anyone who is serious about growing small polyp stony (SPS) corals; this maintains ideal calcium and KH levels. He relies on good old regular water changes with RO water and D&D salt to maintain all the other parameters. He confesses to rarely testing the water and is against the principle of constantly testing for individual water parameters and the consequential number chasing.

Jack’s using T5 lamps on his set-up — 12 of them at 80W each. They were clearly doing their job; the colour rendition was amazing but the residual heat was significant. He says he has considered switching to LEDs, using three or four Hydra 52 units. 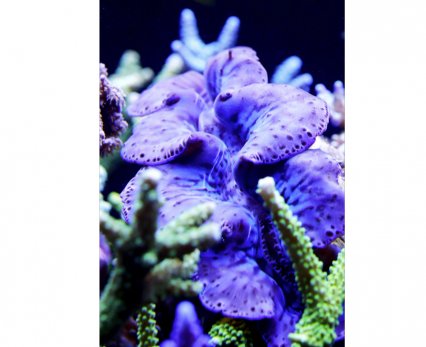 Despite an invertebrate selection dominated by small polyp stony (SPS) and large polyp stony (LPS) corals, Jack has experienced little trouble with his angelfish, which are well known for taking a fancy to some LPS species.

The only exception was when his Blueface and Emperor angelfish suddenly decided to eat six large Tridacna maxima clams, despite not previously having shown any interest in them for over two years.

"This hobby constantly tests us and keeps us on our toes," he says. "Anyone with a successful marine aquarium clearly likes a challenge!" 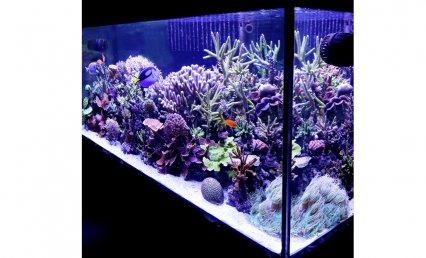 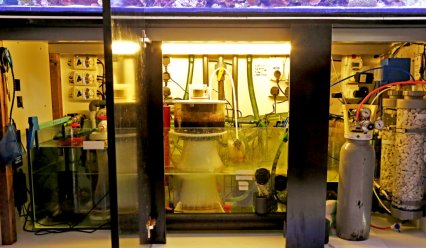 Daily: Check over all of the equipment inside the cabinet, feed fish and add five drops of iodine supplement.

Twice per week: Clean the glass and empty any protein skimmer waste. 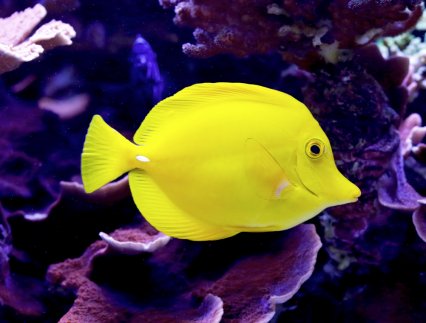 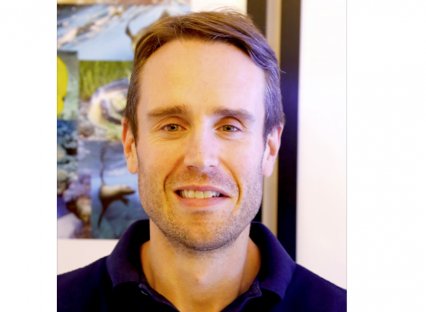 Number of tanks: One.

Fish he’d most like to keep: Reef shark (in a suitably large aquarium).