How should we tackle the problem of unwanted tankbuster fish that have grown too large for their aquarium? Would shops and wholesalers agree to a voluntary "not stock" list of the most problematic species, asks Jeremy Gay.

Wednesday January 25, 2012 saw another meeting of the public aquaria guys and The Big Fish Campaign, this time with PFK's editorial team in attendance. BIAZA, the British Zoos and Aquaria Zoological Association seek to highlight the problem public aquaria face of having to rehome large, unwanted tropical fish.

Frequently referred to as "tankbusters", young, small specimens of large species such as Pangasius catfish, Red tail catfish and Pacu are bought both knowingly and unknowingly by home hobbyists, yet when they grow too large for their tanks, they are given up – or even forceably rehomed via abandonement or guilt trips – to public aquaria with large tropical displays. 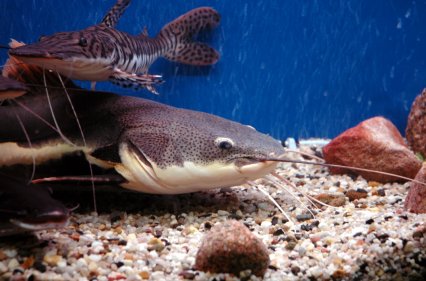 The problem? There are only so many large tropical display aquaria in the UK and they already have their quota of sensible stocking of such species.  Also the good people that run these public aquaria would like to have the room to focus on species conservation, and not give over every spare gallon to commercially farmed food fish like Pangasius when there are smaller species in much greater need of captive care, and ex-situ conservation.

The Big Fish Campaign would like to raise public awareness of the fish that are for sale and their potential size, with the aim of lessening the amount of abandoned fish that they have to deal with in later life. They stress that they are in no way anti-fishkeeping and if people have the huge aquaria and finances to properly care for tankbusters for their whole lives, they should be allowed to do so. Unfortunately, this is rarely the case.

The campaign discussed options for decreasing the number of juveniles sold in the UK. Juvenile fish are generally cuter, more colourful, cheaper to buy and much easier to accommodate than adult fish, and it is mostly juveniles that make their way through the supply chain from abroad, and into the tanks and homes of British fishkeepers.

A voluntary "not stock" list of the usual suspects by the nation's fish shops would have a dramatic effect on lessening the number of unwanted tankbusters needing rehoming and better still if the wholesalers - the businesses that sell the fish to the fish shops – signed up to it too, then those fish maybe wouldn’t reach the UK and its aquarists in such large numbers. 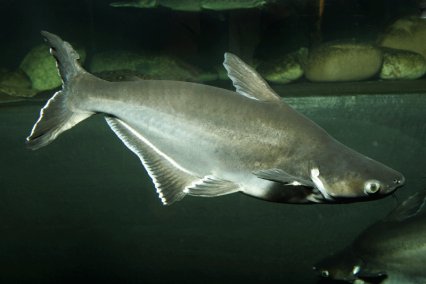 Neither The Big Fish Campaign, nor Practical Fishkeeping, is calling for any kind of licensing to be brought in. Keeping big fish is not against the law, nor do we want it to be. Fishkeeping is after all a hobby and great pastime and we are pro-fishkeeping – only we're pro-education too.

It was agreed that the readers of PFK are not the problem and are on the whole passionate, yet educated and ethical fishkeepers, so it is more a case of spreading the word to other fishkeepers and fish shops to maybe not order in that baby Red tail without a guaranteed and suitable buyer, and to not actively promote discount or multi-buy deals on very large species, or sell such species to hobbyists without fully making them aware of the potential size, longevity and cost of ownership over a 20 year period with such fish.

What we want to know is your thoughts, experiences and what you think can be done to lessen the impact of these fish. How should it be tackled, and if you are a fish retailer or wholesaler would you sign up to a PFK campaign not to sell the eight most problematic species, like many of you have with PFK’s highly successful anti dyed fish campaign?

We're not the police or law makers, so the scheme would be purely voluntary. We aim to create a logo that would appear on a free, supplied certificate which could be displayed in store, and the logo could also be used in the PFK fish shop finder directory and in editorial features like shop tours.

Note that Maidenhead Aquatics have had their own tankbuster "not stock" list for many years now, and Pets at Home have told PFK that they are keen to sign up and display such certificates in all their stores.

If we run such a campaign, will we have your support?

You can read more on this subject in the article: