A newly-described species of cobitid loach discovered in Thailand and Vietnam has been named Lepidocephalichthys zeppelini in honour of the rock band Led Zeppelin.

Havird said: "I'm a big Led Zeppelin fan, and I was listening to them while I was working on the fish. The structure that makes this species unique just reminded me of the guitar that Jimmy Page played." 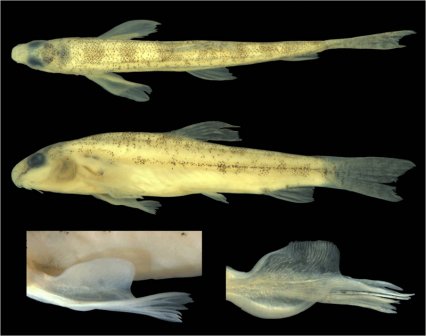 More rock-inspired names
This is not the first musically-inspired fish name, however. A species of mudskipper goby from New Guinea was named as Zappa confluentus after Frank Zappa, (who also has a jellyfish, an extinct mollusc and a spider named after him!), while Freddy Mercury has a species of reef-dwelling isopod, Cirolana mercuryi named in his honour.