A Shropshire Koi keeper has had all 27 of her fish killed, with their remains scattered around the garden. So far, the culprit has still not been positively identified.

Rosemary Jones told the BBC that she had called various agencies, including the Department of the Environment, Shropshire Wildlife Trust and the Environmental Health Department, but was no closer to a solution.

Mrs Jones, who has been keeping Koi in her pond near Shrewbsury for 25 years without problems, said that otters were living locally but that she didn't think they were the culprits either. "I believe an otter would have killed a fish and taken it away and eaten it. This just killed for fun." 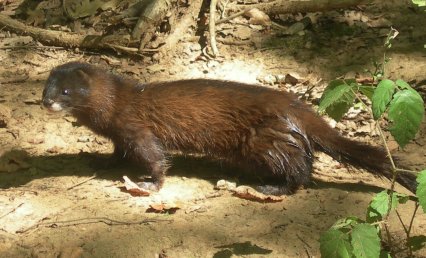 John Hughes from Shropshire Wildlife Trust agreed that mink were probably to blame for the massacre: "Mink get into a killing frenzy," he said. "I suspect her pool is not connected to a water course. Otters don't like to cross land."

The fish were all about 5-8 lbs in size and had been bought as tiddlers.