This killie is up to 8,000 times more resistant to pollution than other fish! Evolution is working hard to rescue some urban fish from a lethal, human-altered environment, according to a new study.

Evolution is working hard to rescue some urban fish from a lethal, human-altered environment, according to a new study.

While environmental change is outpacing the rate of evolution for many other species, Atlantic killifish, Fundulus heteroclitus, living in four polluted East Coast estuaries turn out to be remarkably resilient. These fish have adapted to levels of highly toxic industrial pollutants that would normally kill them.

The killifish is up to 8,000 times more resistant to this level of pollution than other fish, the study found. While the fish is not commercially valuable, it is an important food for other species and an environmental indicator.

What makes Atlantic killifish so special? Extremely high levels of genetic variation, higher than any other vertebrate — humans included — measured so far. The more genetic diversity, the faster evolution can act. That’s one reason why insects and weeds can quickly adapt and evolve to resist pesticides, and why pathogens can evolve quickly to resist drugs created to destroy them.

Not all species are so lucky, however.

“Some people will see this as a positive and think, ‘Hey, species can evolve in response to what we’re doing to the environment!’” said lead author Andrew Whitehead, associate professor in the University of California, Davis, Department of Environmental Toxicology. “Unfortunately, most species we care about preserving probably can’t adapt to these rapid changes because they don’t have the high levels of genetic variation that allow them to evolve quickly.” 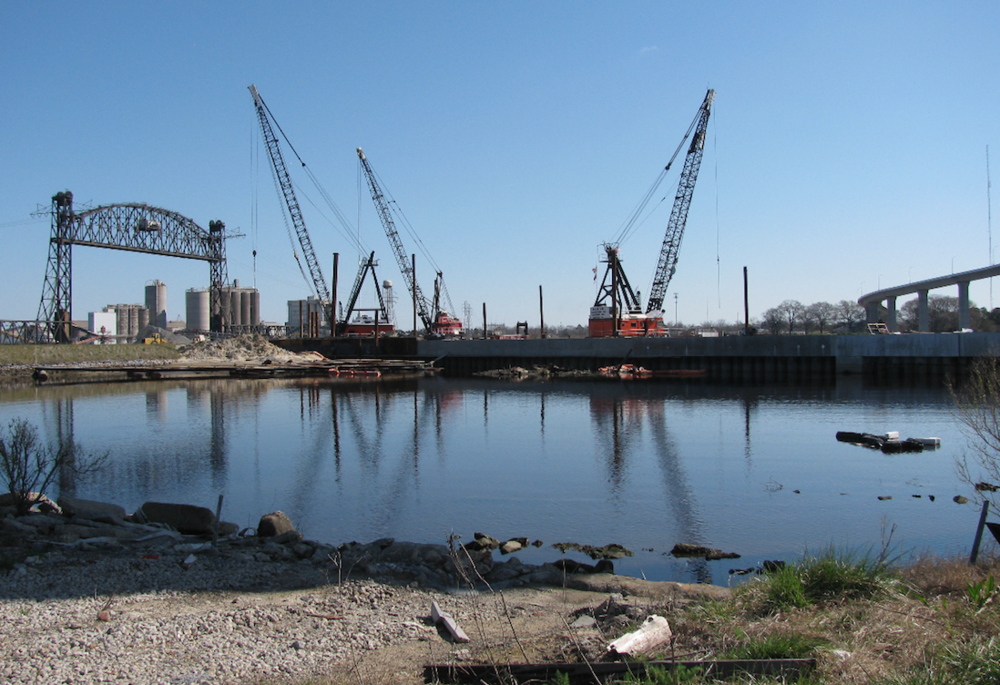 The Elizabeth River — one of the habitats in which the Atlantic killifish is found — is polluted by a mix of industrial chemicals.

The scientists sequenced complete genomes of nearly 400 Atlantic killifish from polluted and nonpolluted sites at New Bedford Harbor in Massachusetts; Newark Bay, New Jersey; Connecticut’s Bridgeport area; and Virginia’s Elizabeth River. The sites have been polluted since the 1950s and 1960s by a complex mixture of industrial pollutants including dioxins, heavy metals, hydrocarbons and other chemicals.

The team’s analysis suggests that the Atlantic killifish’s genetic diversity make them unusually well positioned to adapt to survive in radically altered habitats. At the genetic level, the tolerant populations evolved in highly similar ways. This suggests that these fish already carried the genetic variation that allowed them to adapt before the sites were polluted, and that there may be only a few evolutionary solutions to pollution.

The study lays the groundwork for future research that could explore which genes confer tolerance of specific chemicals. Such work could help better explain how genetic differences among humans and other species may contribute to differences in sensitivity to environmental chemicals.

“If we know the kinds of genes that can confer sensitivity in another vertebrate animal like us, perhaps we can understand how different humans, with their own mutations in these important genes, might react to these chemicals,” Whitehead said.

The study was led by the University of California, Davis, and published in the journal Science.