The world's smallest vertebrate is no longer a fish! After just under six years at the top, the tiny cyprinid Paedocypris progenetica has been ousted as the world's smallest vertebrate â€“ by a frog!

The newest holder of the title of smallest animal with a backbone is Paedophryne amanuensis – a frog which reaches an average size of a tiny 7.7mm – beating the cyprinid by a mere 0.2mm!

Paedocypris progenetica was first discovered by ichthyologists Maurice Kottelat and Tan Heok Hui, and described in a paper published online on January 25, 2006. The smallest adult mature specimen was netted from a blackwater swamp in Sumatra, where the water was extremely acidic with a pH of 3! Unfortunately, the habitat of the fish was already under pressure and its future in the wild is uncertain. However, the species is available in the hobby through specialised importers and it has been bred in the hobby. 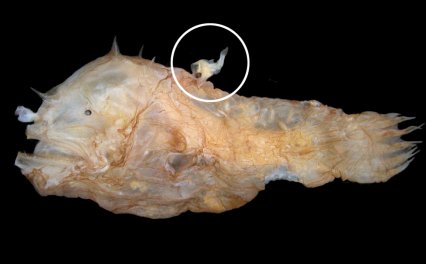 Interestingly, there are some who would believe that neither of the aforementioned species qualifies as the smallest. In 2005, Ted Pietsch of the University of Washington described the bizarre deep-sea anglerfish Photocorynus spiniceps, in which the males of the species barely attain 6.2mm. However, in this species the male is a parasite of a female host, to the extent that their blood systems are fused so, it becomes difficult to determine where one fish ends and another starts.

There is yet another scientist who believes that salamanders should be given the title of world’s smallest vertebrate, despite being several centimetres long! The reasoning for this is that it's a species’ genome that should be taken into consideration and not their external dimensions when determining the smallest size of a species.

For more information on the tiny frog see the open-access paper via PLoS ONE: Rittmeyer EN, Allison A, Gründler MC, Thompson DK, Austin CC (2012) Ecological Guild Evolution and the Discovery of the World's Smallest Vertebrate. PLoS ONE 7(1): e29797. doi:10.1371/journal.pone.0029797