The 2014 Fish of Fishes is from a Uruguay jungle! The annual Yorkshire Association of Aquarist Societies (YAAS) Open Show and Auction was held at Stockton on the Forest on Sunday June 15, 2014 â€” a month earlier than previous years, to avoid the Tour de France chaos!

This OS is the sequel to the YAF (Yorkshire Aquarists Festival) where they have judged the Fish of Fishes every year since 1975. This year the winner is a Banjo catfish (Bunocephalus larai) by Jamie Horne of Sheaf Valley AS.

Jamie collected this wild fish from a stream in Uruguay during his fishing trip over there in 2013. It has won several Firsts since then and so qualified for the 2014 Fish of Fishes competition, where it beat 12 other entries with 87 points.

By coincidence, the winner of the other YAAS major award, the Best Exhibit, was also a B. larai, by Steve Grant of Castleford AS, also achieving 87 points. 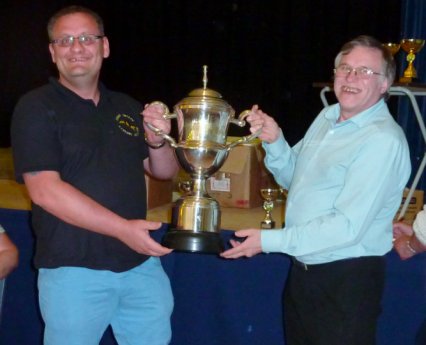 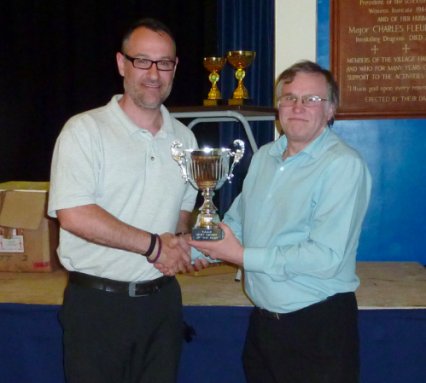 …and Steve Grant of Castleford AS receiving the Best Exhibit Trophy.

Jamie has also won many Firsts under YAAS rules and qualified for the YAAS 100 Firsts Badge, which was presented to him during the Open Show.

The Best in Show was another catfish: Leiocassis hosseini, by Roy Blackburn of Castleford AS; highest pointed fish with 87.2 points. 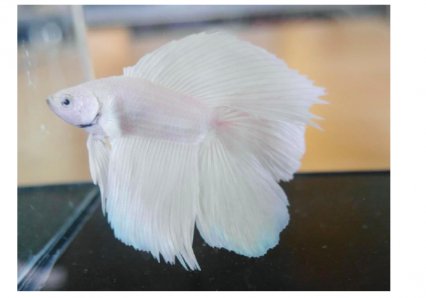 Although this was a low entry, the quality of the fish was very good, the judges said. Here is just one example: a pure white Betta  — and it didn’t even win!

The next YAAS Open Show (Friends of Yorkshire) will be at the same venue on Sunday, August 10, 2014, with a round of the British Livebearer Association Fancy Guppy League. See you there…