In a nostalgic review of the hobby, Nathan Hill looks at the equipment, foods and potions that helped make fishkeeping what it is today.

With a tilt of my bonnet, as a former retailer I say a very big and very genuine ‘thank you’ to the clever chaps at API.

This is a product that saved the lives of hundreds of fish in my own experience, and potentially may have spared tens – if not hundreds – of thousands of piscine lives from a painful death since its first introduction.

Doing exactly what it says on the label, Ammo-lock locks up ammonia. The ‘secret’ ingredient is hydromethane sulphinate, which quickly converts any free ammonia (NH3) into ammonium (NH4). Anyone who knows his or her way around the nitrogen cycle will be aware that this latter ammonia form is one that we don’t need to worry about – it’s pretty harmless to fish.

Agreed, Ammo-lock would eventually allow ammonium to revert back into ammonia over time and subject to water parameters, and sticking it into marine tanks with protein skimmers would often result in near comical spouts of foam spewing across the carpet, but for the entry level keeper who bought on a whim, and was distraught that their fish were gasping and near to death, Ammo-lock gave a second chance where before death was almost assured. 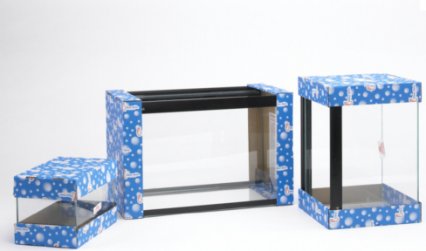 I’m making a point of using inches here, and not centimetres, simply because I’m going that far back that you could purchase one of these with pound notes, and you could buy battenburg by the yard.

These are old and long established fish tanks, and I have a huge beam of a smile whenever I see one in a store, sat there like a reminder of the way fishkeeping used to be. I’d never thought that five pieces of glass with a crude black trim would get me so excited.

Aquaristic pioneers used these for everything. From long-term tanks for a brace of Neons, to quarantine set ups, to treatment tanks, and finally – the pinnacle of use for a 16” by 8” - a breeding set up. Set away from the tank proper, and filled with every imaginative spawning trigger conceivable, dab hands could take near anything and get it to breed in one of these.

I suspect that a vast amount of what we know today about spawning and rearing fish is thanks to the efforts of aquarists who relied on these tanks. In my mind I can conjure up images of tanks filled with mop heads, marbles, rainwater and Java moss. Truly it was a happier time… 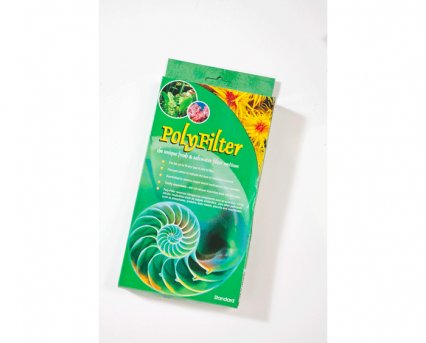 Two brilliant things were born in 1976, and the other one was the Polyfilter. The crazed lovechild of marine biology, medical pathology and polymer chemistry, Polyfilters are the superhero of the aquatic world, saving lives where all else has failed. And I’m not joking.

Picture the scene. I’m in a store talking to a customer. He’s tried everything, he’s bought every test kit I have in the shop, he’s removed everything from his home that could have the faintest trace of toxicity about it. He’s stopped washing with soap for fear that he’s affecting the fish, he’s giving up smoking, even in the street outside, he’s performed more water changes and diluted more than a homeopathic medicine maker, and still his fish are dying. ‘Try a Polyfilter,’ I say to him. 24 hours later everything is fine again.

This product saved me when I had run out of options, over and over again, and I suspect it’ll continue to do so way into the coming decades. It removes anything and everything bad, and the best bit of all is that you can even gauge what it’s taken out of the tank after it has finished working, simply by looking at what colour it has turned. Genius. 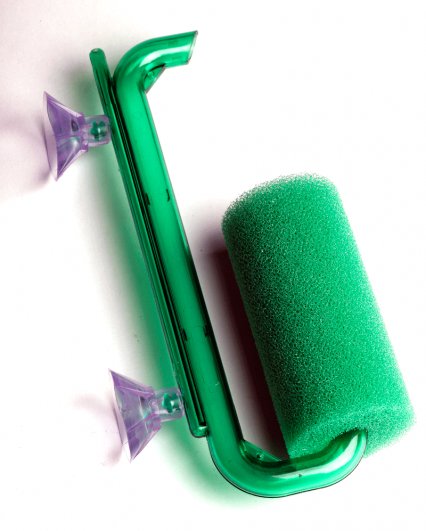 These air-driven foam filters are one of my desert island objects. If I’m stuck in the middle of nowhere, trying to keep a gaggle of demanding rasboras, then I want a '45 on side. And an airpump. And some airline.

Although not the prettiest thing on the planet, with their quite obvious ‘fish hook’ shape and garish green foam, these filters are so simple that there is literally nothing that can go wrong with them. A simple air-uplift design uses the power of bubbles to create a water flow, and the foam can easily slip off for maintenance and cleaning.

With the addition of a clamp (or a knot in the airline for the real, die-hard ‘rat aquarists’ of which I was a proud member) and a suitable sized airpump, the flow can be controlled from the power of a tank-contained tsunami, to the tiny ripples you’d expect from a swimming ant. These factors made the ’45 THE weapon of choice for breeders who didn’t want their fry being gobbled up by indiscriminate filters.

When these things first appeared, the only affordable filtration alternative was an undergravel.

At the time, the Biofoam must have looked revolutionary, and frankly it still is. 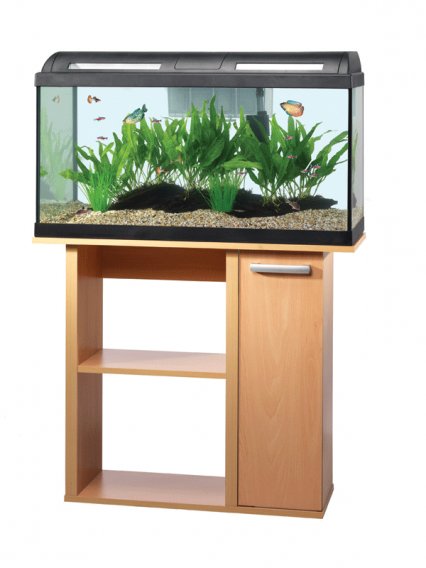 The all in one aquarium package

I’d have to say that Rolf. C. Hagen are one of the main companies that got this particular ball rolling. There was a point where if you wanted to set up a tank, you’d have a full on shopping list. You needed your glass, a usually flimsy metal hood, heater, light unit, tube, filter system, thermometer, polystyrene, etc, etc, and you’d end up leaving a store with lots of bags and little money.

But some bright spark somewhere along the line decided to stick the whole lot into one convenient package, boxed up and ready to go, and that day marked the way things would go in the aquarium trade. No more guesswork, no more weighing up the benefits of one heater over another, you simply went in, found the size you liked, paid your money, and had the thing lugged out to your car by a wheezing weekend-boy.

Big things came from the all-in-one kit. They were generally more affordable than separates, but most importantly they made it easy for the buyer. No longer would a budding aquarist be thwarted by a fast mounting bill as items stocked up on the counter, nor would they be baffled by the seemingly endless ranges of products that adorned shelving.

The idea flourished. Now it’s actually harder to put together a ‘separates’ system than it is to buy complete, and as much as some fishkeepers may miss those days, I wonder just how much trade this industry would still have today if we’d persevered with making things as complex and as difficult as possible. 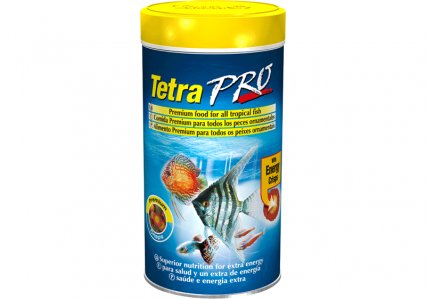 It may seem obvious, and we take fish food for granted these days, but it wasn’t always the case. At one time you were lucky to have access to porridge oats and ants' eggs to feed fish, but the appearance of flake foods changed all of that.

Today, the market is monstrously big, and I’m happy to embrace it. Some accuse manufacturers of offering too much choice, but I welcome as many different foods as we can get. From simple generic flakes for goldfish, to amino-acid enhanced powders for stony corals, we nearly have enough foods to cope with any animal the industry can churn out.

Imagine trying to keep delicate Acropora corals with access to nothing but the contents of your human pantry.

Some fish may have been able to fare on bits of bread and chunks of bacon back in the day, but the specialist livestock of today wouldn’t have any truck with such culinary abuse.

With colour enhancers, immune boosting vitamins, and even ingredients that induce appetite and healthy digestion, the world of aquatic nutrition is an essential platform for the fish we keep. Were it not for the foods we use, we wouldn’t have the fish that we enjoy so very much.

Business empires have been founded upon the introduction of novel foods – just look at the size of companies like King British, Tetra or Aquarian, and then try to imagine where we’d be without them.

I want it on record, too, that when a new food is released, I don’t just sniff it – I have a taste too. Although I don’t recommend it, I’ve come across some surprisingly nice flakes out there. In particular, I even found one that is superb in a prawn cocktail dressing, but I’m not going to tell you what it is.

So those are my iconic six objects. I know full well that I’ve missed many more, and that readers will be able to think of items that they would consider far more worthy of a place on the list. I’d be keen to hear exactly what it is you think deserves a place in the aquatics ‘Hall of Fame’ and why. Especially the why.