Show is a real festival of fish! Small is beautiful! This pencilfish took a Best in Show at the 2016 Festival of Fishkeeping

The Federation of British Aquatic Societies (FBAS) held its annual Festival of Fishkeeping event at Hounslow Urban Farm in Middlesex, over the weekend of October 1–2, with three giant marquees filled with aquariums, ponds, traders, open show competitions and special displays.
Small is beautiful! This pencilfish took a Best in Show at the 2016 Festival of Fishkeeping 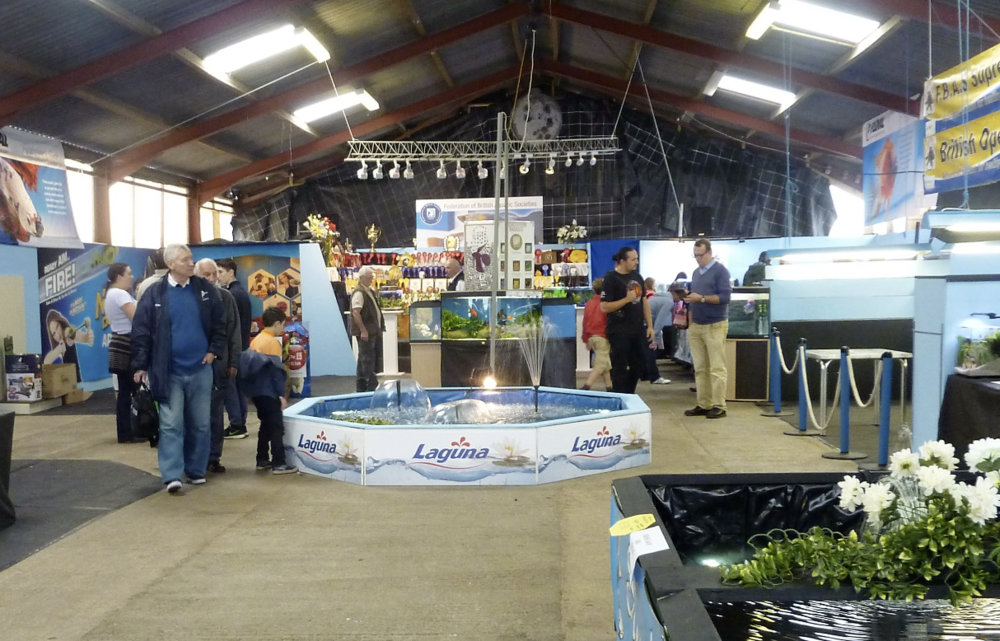 The entrance marquee at this year's Festival of Fishkeeping.

The Festival hosts several fish shows, including the British Open Championship, Supreme Championship, Festival Open Show and the Diamond, the ultimate being the Supreme Champion 2016 award, which was won by Alan Finnegan of Leicester AS with his Geophagus brasiliensis — in fact Alan won this award in 2015 with the same fish! 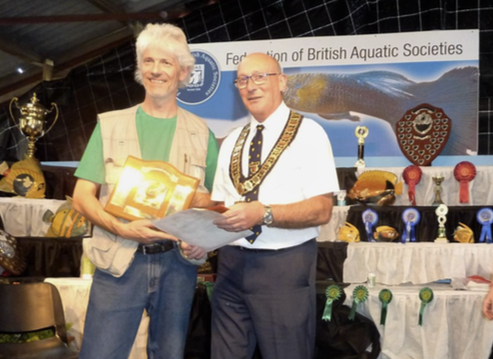 Steve and Debbie Edwards with their champion cichlid.

The British Open Championship was won by Steve and Debbie Edwards (Independent) with their Black belt cichlid Paraneetroplus maculicauda. 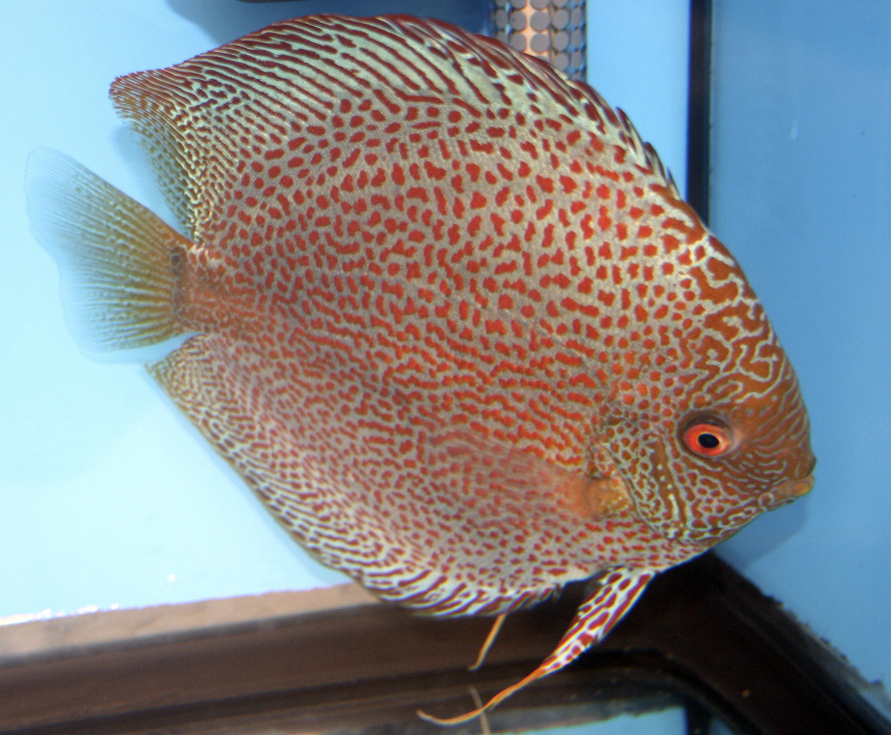 This year the festival also hosted the British Discus Championship, which had classes for Wilds, Solid, Pattern, Spotted and Open. The Grand Champion was owned by Steve Proctor. 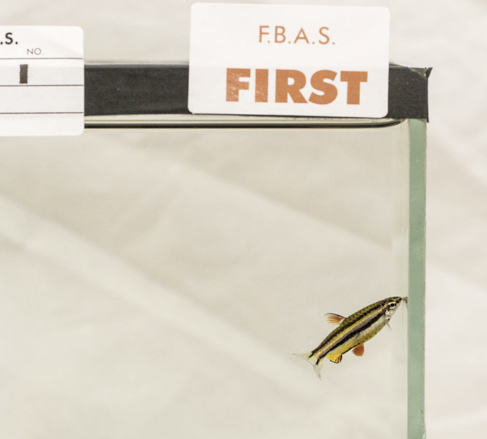 In the Festival Open Show, Roy Chapman's Nannostomus marginatus was awarded the Best in Show.

More show results are below: 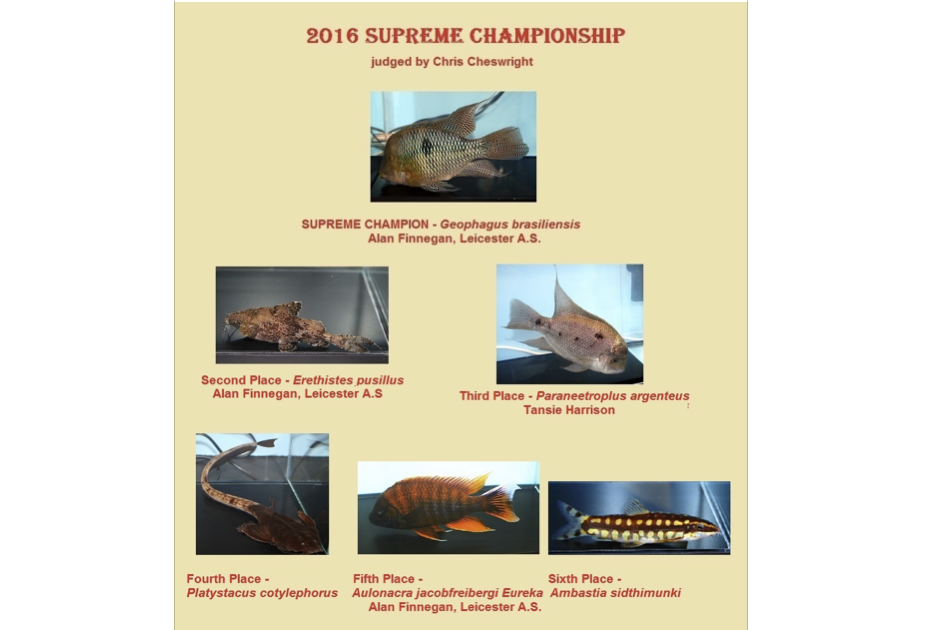 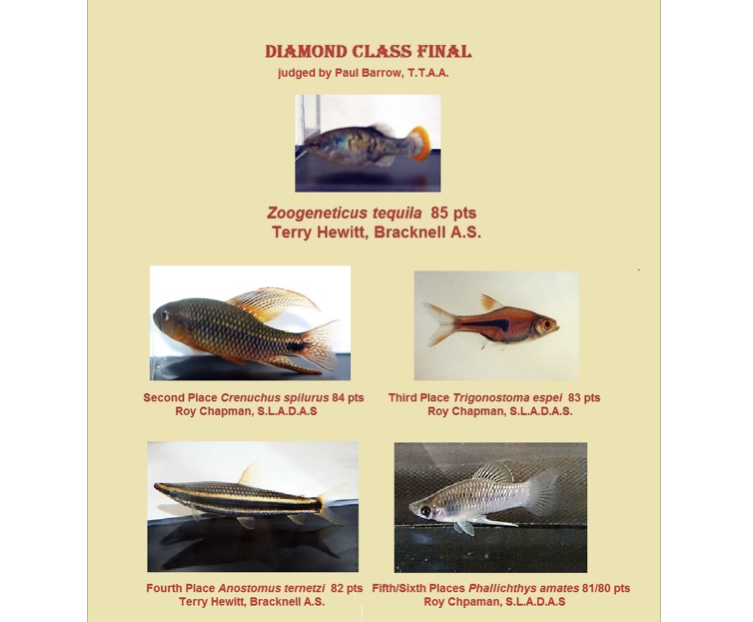 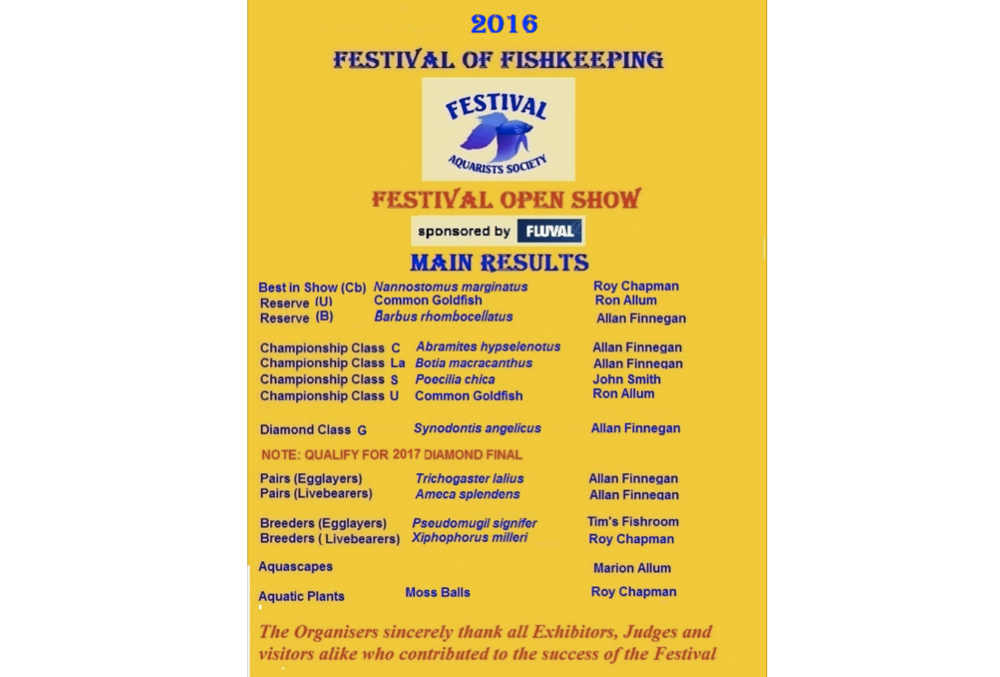 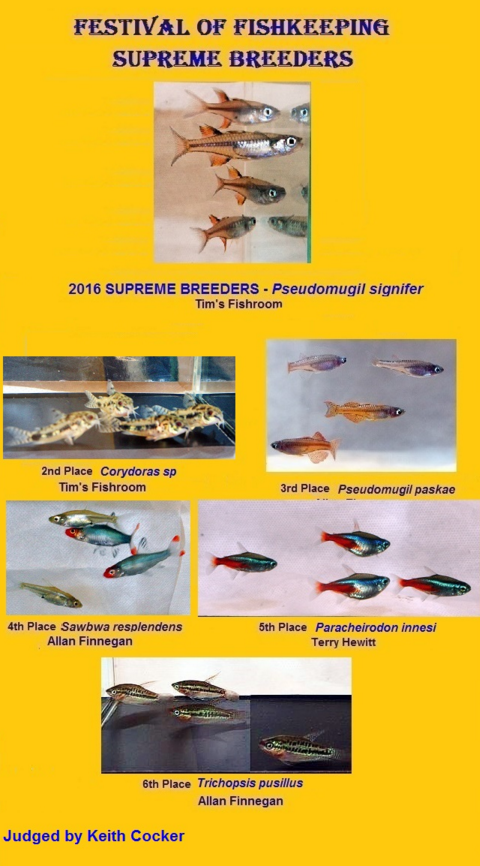 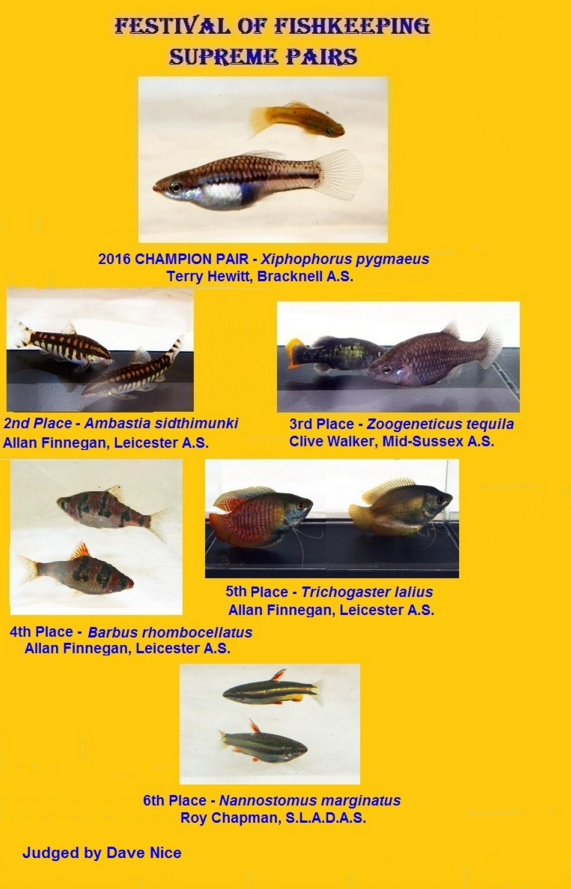  
The 2017 Festival of Fishkeeping will be held over the weekend of October 7–8 at the same venue. The farm is now an official Zoo and has permission to extend its facilities and displays. This will include a tropical house complete with fish. Funding for the £multi-million unit has been approved and it is hoped the building will be finished in time for the 2017 festival.