Well, it finally happened, says Nathan Hill. PETA, the champions of animal welfare issues across the world, have donned their L-plates and stumbled into fishkeeping. They've made a right hash of it too.

I’ll start off by laying my cards on the table. I’m not personally anti-PETA. Animal rights and welfare issues are central to my heart, to the point that I’ve invested thousands upon thousands of pounds into my ongoing study of ethics. PETA have their detractors, based around their often-perceived hypocrisy when it comes to destruction of animals in their care, and, rightly, such issues are flagged up by a concerned public.

Unfortunately, some people equate failings within the system as systemic incompetence, which it is not. So, for the record, I believe that much of what PETA hope to achieve is ultimately geared for the reduction of suffering, and that can never be considered a bad thing.

PETA haven’t exactly done themselves any favours with this latest foray into what they consider the cruel world of Betta keeping (or fishkeeping in general, pending which anecdotal blog of theirs you read).

Betta, as you or I will know, is a large genus, but PETA is using an American colloquialism that refers specifically to Betta splendens, the Siamese fighting fish. Either fighters are getting the roughest deal imaginable over in the States, or there are some flaws in PETA's argument. 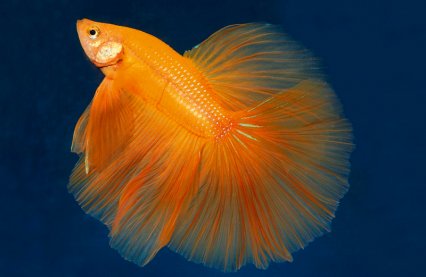 So, what are they actually saying? Here’s some of the text from their original page, 'Why You Shouldn’t Buy Betta Fish' with my responses below.

'You wouldn’t transport a kid or a puppy in a cardboard box, right? I mean, you’d have to be crazy to think that would be OK. That’s why I was shocked when I saw that a Reddit user had posted photos of Betta fish who had been transported in tiny plastic bags that had been stuffed into a cardboard box.'

No, I wouldn’t transport a kid or puppy in a cardboard box, unless that was the best way to do it. Trying to make some paradigmatic analogy between terrestrial animals (dogs) or tear at heartstrings by appealing to people's love of their kids doesn’t really help. You see, PETA, neither of those are aquatic animals. If I tried to transport a puppy in a bag of water, it’d likely drown. And if I put a Betta into a dog carrier, flapping about on the base, it wouldn’t do so well.

The plastic bags are small for a reason and not just an economic one. To put male fighters with other male fighters in a larger bag would cause, you know, fighting. Small bags are practical and hold ample oxygen and usually water for the entire journey. In fact, there’s another failsafe. If I have 200 fish in a bag and it ruptures in transit, I have 200 fish in trouble.

When PETA understand the reason that fish are transported the way they are, we can talk, but currently all they’re doing is highlighting their ignorance to the agenda. Bad show, chaps. 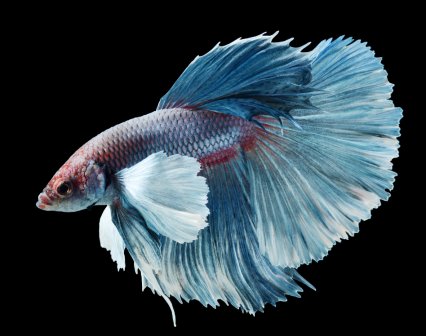 'Most fish are transported from dealers to pet stores in tiny, cramped bags and containers that don’t look anything like their natural habitats!'

I’m not even sure what the relevance to looking like their natural habitat is meant to achieve here. The fish are farmed, in open tanks, and wouldn’t know a natural habitat if you gave them a three-hour long PowerPoint lecture on the subject. Absolutely irrelevant.

'In fact, the water that they’re transported in often contains a blue-coloured tranquilising agent that’s used to reduce their agitation while they endure bumpy, often days-long journeys from one end of the country to the other.'

A tranquilising agent? Well, that was something originally explored by the Foods and Agriculture Organisation of the United Nations, many moons ago. In their words, which I have to agree with: "During transport, sedation of the fish is desirable, since oxygen consumption and CO2 and NH3 production are all decreased." Admittedly there can be issues with sedating collectives of fish, where they might start to pile up on top of each other in the bag, but on the whole, any tranq being used will be for the benefit of the fish — not some warped torture designed to catch the fish out when it wakes up somewhere undesirable… 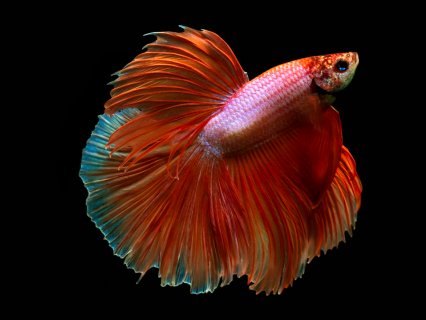 PETA goes on to state some truths and myths about Betta.

'Myth: Betta fish can survive in tiny bowls or vases.'

Yeah, that would be a myth. Nobody in the trade is advocating doing that. In fact, we face this problem all the time and continuously lose out on revenue from taking time out to explain to people exactly why they can’t keep any fish that way. Either way, thanks for setting up that strawman argument, PETA, with the imputation that you’re the only people challenging this myth and that we, the industry, are perpetuating it.

'Myth: Bettas MUST be housed by themselves.'

Depends what you’re trying to do. If you’re breeding, then you’ll not want huge numbers. But then, this just comes across as a deliberate obfuscation to suggest again that the trade is insisting that all Betta at all times are kept in abject isolation. This is far from the case. Males must be kept from other males, yes, but I detect more than a hint of casuistry in the way all of this is worded. 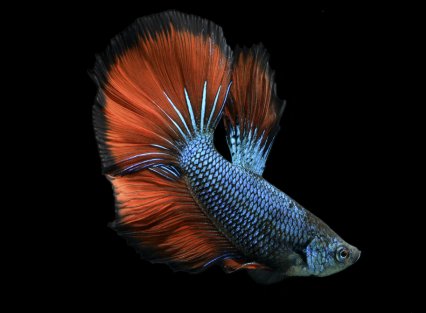 And then on to the truths of Betta keeping.

'Being kept in a vase with a plant restricts Bettas’ access to oxygen, which they take mainly from the surface of the water.'

Yup, nobody is disputing that. Lower surface area will lower available dissolved oxygen, but, again, nobody is saying that you can keep fish in vases. At least, not here in the UK. And retailers letting any fish go to vases shouldn’t be trading. We’re pretty hot on such nonsense here.

'In nature, Bettas eat mostly insects and insect larvae. They die slow, painful deaths from starvation if they are given only plant roots for food.'

What the deuce? I wasn’t aware that any single soul in the aquarium industry was touting this particular piece of advice. Bettas can eat plant roots? You’d have to be a platinum grade halfwit to think that they did. That’s partly why we have good aquatic store staff here in the UK so that when buying a fish for the first time, people get the information they need (usually via the medium of an intense grilling) before they buy. I think I can confidently state that anyone in the UK who was found offering advice about orchid munching Betta would be unceremoniously crammed into a polybox by his or her employer and jettisoned into orbit.

They usually can, yes. However, this could be a bit counterproductive here, PETA. You’ve just given people the green light to house Betta with other species of fish, without really laying down what the risks are. Let’s hope nobody glances at your article, suddenly thinks its fine to pick up those Tiger barbs they’ve had their eye on for a while, and then comes home to a fighter that’s more stripped than a winter tree. 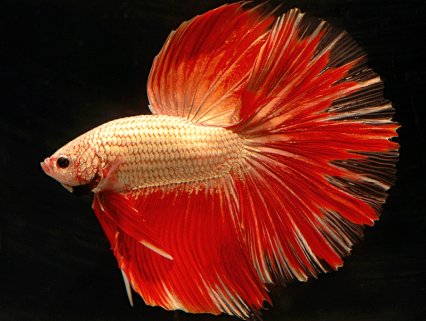 Though, of course, none of these myths or truths constitutes what I was promised in the title: reasons not to buy Betta fish. All I’ve got here is a handful of poorly represented musings that give me the startling impression that whoever wrote the PETA blog is in the awkward position of not actually knowing any of the arguments against their stance.

I’m not even going to start on the 'other' fish blog where a PETA writer basically points out, 'hey, I had no idea how to keep fish and never bothered to research it, but looking back the whole industry is wrong because of that' or even the rambling, out of context quotes from science journals and spurious implication that everything in the world is caught with cyanide. I could lose my whole weekend if I started on that one.

And so, that’s what we as an industry are up against. In absence of any tangible data against the trade, what we need to be guarded against is spurious accusations and caricaturing of our position.

Ultimately, many animal welfare groups have a set goal that involves nobody keeping any form of animal at all, and so it’s not even as though we can find a happy medium that will appease the most fundamental of a group’s adherents.

Does it make me a hypocrite to be a PETA fan? Yes and no. Ultimately they want me gone as a fishkeeper, but I’m prepared to let them help out and highlight fish welfare issues as they arise (assuming they can do a better job than until now) and then dig my heels in when they start trying to get too extreme.

There are issues within the trade, as I’ve highlighted in the past, particularly unregulated wild fish collections. But for now, all we can really do is keep our own house in order and not give the opposition any kind of stick to beat us with. And we’re not doing too bad a job of keeping our beaks clean. Keep it up and arguments like the above will be the most devastating thing that anyone has to throw at us.

Stay the course, everyone. Nothing to see here.