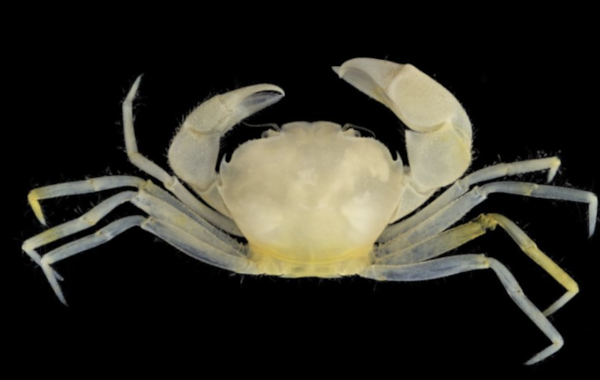 A Harry Potter-mad researcher working with a tiny new species and genus of crab, which was first collected almost 20 years ago, has given it the name of Harryplax severus.

Dr. Jose Christopher E. Mendoza, of the National University of Singapore, who is lead author of the study, is a self-confessed 'Potterhead'. The genus name of Harryplax alludes not only to the lead character in J. K. Rowling's famous series of novels, but is also a tribute to the original collector of the crab, Harry Conley, whose knack for finding new species is likened to the magical powers of Harry Potter.

The species name of severus is inspired by the character of Professor Severus Snape, who only reveals his secrets and his true agenda at the end of the Harry Potter series — something which the authors say the new crab has in common with his character, having eluded discovery until now, nearly 20 years after it was first collected.

The crab measures less than 1cm and lives deep inside coral rubble in the island of Guam in the western Pacific Ocean. Its dark habitat has led to the development of reduced eyes. The species also has well developed antenna and long, slender legs.