New Arowana specialist in the UK ArowanaUK specialises in importing and supplying Asian Arowana to hobbyists and the aquarium trade.

It's been set up by Gary Packwood as a new division of his existing ornamental fish business.

He successfully imported and sold a small consignment of Asian Arowana in 2010 as a test of UK demand for this beautiful fish. Having sold these fish within three weeks of receiving them, Gary says he decided to commit to a larger order to enable him to have a stock for his customers to see on his website and to choose from his display tanks.

Gary is a Microsoft Systems engineer by trade and has been interested in fishkeeping for most of his life. Now 43 years old, he has found the more unusual fish are attracting his attention. 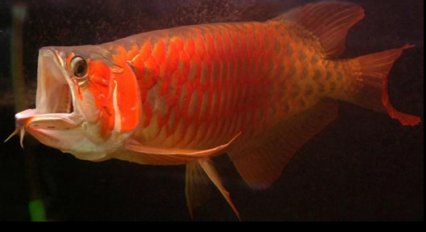 Asian Arowana are also known as Bonytongue or Dragonfish and they're an ancient species. Unfortunately as a result of large numbers of these fish being taken from their native rivers, they have become endangered in the wild. They are now listed as an endangered species in CITES Appendix 1.

As a result of the numbers of wild Asian Arowana reducing and the demand for this fish increasing, many Asian Arowana fish farms now exist in Indonesia, Malaysia and Singapore. After breeding and rearing the fish to around 15cm/6" in length, they are microchipped and the farm produces a certificate of authenticity.

To transfer the fish from the country of birth to the UK, CITES officials approve export and import permits to ensure the fish are travelling from registered fish farms to known and approved facilities.

Gary says that normally arowana will start to get their colour from 30-35cm/12-14” onwards, but good water, the right diet and lighting will all have an effect – a better fishkeeper will rear a nicer fish.

Gary has a wealth of information to support your purchase including communication direct with the source fish farm; some of his previous customers are happy to chat and, of course, he will be available to answer questions and give information before and after your purchase.