Chris Gamble is the aquarist at Macduff Marine Aquarium in Aberdeenshire where staff recently had a successful spawning of wolf fish. He tells Nicolette Craig how they did it.

What type of wolf fish do you keep?

We have ten adult Atlantic wolf fish (Anarhichas lupus) which have been here since we opened in April 1997.

How did the wolf fish spawn?

The parents are the only two kept in our ray pool and they spawned on January 4. This is a little later than would be expected in the wild, the reason probably being that our ray pool follows a seasonal temperature cycle, but not a light one.

Our successful eggs were approximately 0.5cm/0.2” in diameter and hatched during the first three weeks of May. There were approximately 250 babies which we have kept until recently off show. We now have 40 larger babies on display in our nursery tank.

Of the remainder, 95 have been sent to other aquaria, leaving us with some 150. 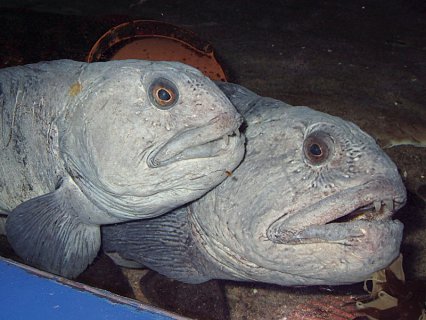 You are thought to be the first Scottish aquarium to breed these fish. Why do you think they are so difficult?

The breakthrough seems to have been the ability to incubate them in darkness at a stable low temperature of 5°C/41°F, gradually increased to 6.5°C/43.7°F during the course of the incubation. Either that or we were just lucky! 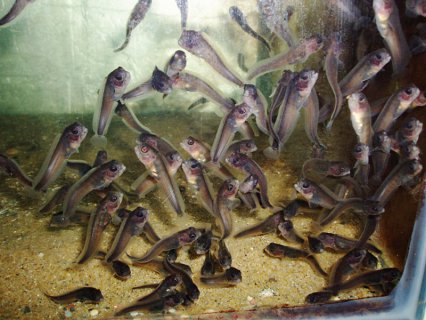 These fish can get fairly large and solitary. What will you do with your brood as they grow?

The eight in our kelp reef tank get along very well, with one loving couple staying as a pair through the year. We therefore hope to grow on a good few here to eventually join the others inside that tank.

The remainder will hopefully all find homes in aquaria elsewhere. So far the interest has been incredible and we have already sent our babies as far as Cornwall and Northern Ireland!