Macduff Marine Aquarium in Aberdeen was a hive of activity earlier this month when the BBC dropped by to film a live broadcast.

Steve dived into the aquarium’s kelp reef exhibit and got up close and personal with some of the lobsters, rays, cod, wolf fish and other inhabitants of the open air tank. While Naomi met rays and jellyfish in some of the other tanks.

Aquarium manager, Claire Matthews said: "We were delighted to be working with the BBC crew for this very exciting live broadcast – it is a fantastic show, really educational for kids and brilliant to encourage kids outdoors to explore their local wild places. "

The live show went out at 9am on Saturday, October 23 on BBC2. 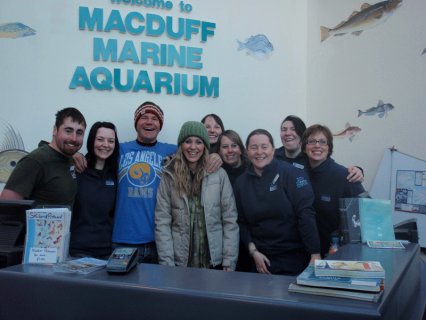