The latest fashion accessories in China are live fish and turtle key rings â€“ and in China they are totally legal!

These trinkets seal the unfortunate fish or turtle inside a 7cm plastic bag, where no doubt the oxygen will become quickly depeleted and there's no way of feeding them.

The key rings are often sold outside subway entrances and train stations. 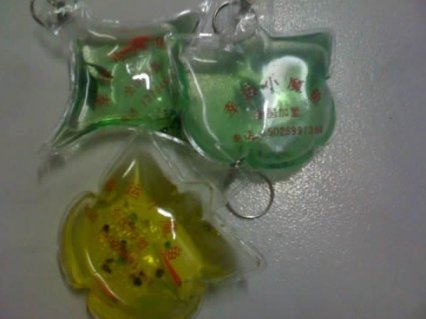 Vendors claim that the coloured water in the key ring contains 'nutrients' which will keep the animal alive for months.

"To put a living thing inside a sealed and confined space for profit is immoral and pure animal abuse," Qin Xiaona, director of the NGO Capital Animal Welfare Association, told the Global Times.

"China only has a Wild Animal Protection Law. If the animals are not wild animals they fall outside the law's scope."

Qin appealed to citizens not to buy the key rings, saying: "If nobody buys it, the market will die."

Unfortunately, business was looking pretty good outside one subway station,  with ten keyrings being sold in five minutes – although one of the purchasers had apparently bought hers to free the turtle inside it.