Limia is a winner at Yorkshire show The Yorkshire Aquarist Festival 2013 was held on July 7 as an Open Show at Stockton on the Forest, near York.

The event took place on the same day as the Wimbledon final - and it was also the hottest day of the year – both of which had an impact on the entries which were at an all-time low this year of 170.

But members of most Yorkshire clubs turned up and the auction lasted all afternoon. 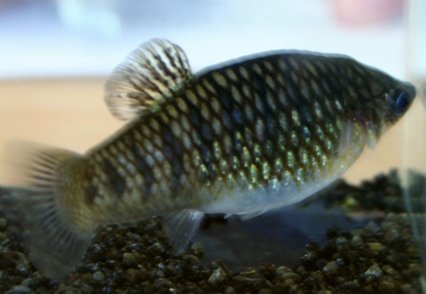 The Fish of Fishes for 2013 was a Humped-back Limia (Limia nigrofasciata) owned by Bernard O'Neill — a fish that had won a First at both Ryedale and Castleford Aquarium Clubs.