Killifish is the fastest-maturing vertebrate! A species of killifish from Africa has been found to reach sexual maturity faster than any other vertebrate.

Nothobranchius kadleci begins to reproduce just 17 days after hatching, say scientists at the Institute of Vertebrate Biology in the Academy of Sciences of the Czech Republic.

And when you consider that some eggs in their study reached hatching stage in only 15 days, these killies also have the shortest minimum generation time known in vertebrates - taking just over a month to go from egg to parent!

One group of fish in the study grew almost a quarter of their total body length every day. 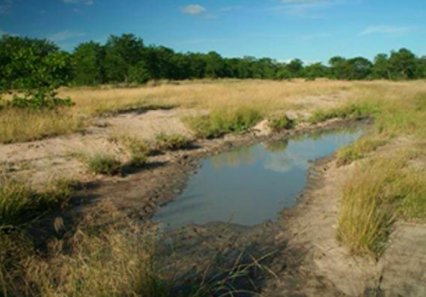 These fish live in temporary pools in the savanna in southern Mozambique, which researchers say is a particularly dry part of the Nothobranchius range. These habitats may dry out in a few weeks, so it's important that they can grow quickly in order to reproduce.

But the team were still surprised that the two species in their study - Nothobranchius kadleci and N. furzeri - were sexually mature at 17 and 18 days respectively, as previous estimates had been four weeks, based on studies of captive-bred specimens.

When the pools in which these fish live dry up, dormant embryos can survive for months until the next rainfall, when the cycle begins again. Scientists found that when incubated on a peat substrate half of the embryos in the study skipped dormancy.

The rainfall in these fishes' natural habitat is unpredictable and erratic and the pools in which they live may occasionally dry out and be re-filled again within a single rainy season. Under these circumstances the embryos with fast development may give rise to a second generation of fish that would populate these secondary pools.

Such fast maturity also leads to a short lifespan, even in captivity. Scientists reported that a population of N. furzeri bred in captivity since 1969 has the shortest lifespan recorded in a captive vertebrate, with a rapid increase in mortality at the age of six weeks, median lifespan of only nine weeks and a maximum lifespan of 11 weeks.

For more information see the paper published in the open-access journal EvoDevo.