It's a double for Fancy Guppies at Yorkshire show!

This Broadtail guppy by Henry Smith of Fancy Guppy UK was a joint winner at the show.

It's a double for Fancy Guppies at Yorkshire show!

This Broadtail guppy by Henry Smith of Fancy Guppy UK was a joint winner at the show.

The annual ‘Friends of Yorkshire’ Open Show was held at the village hall in Stockton on the Forest, Yorkshire, on Sunday, August 14, 2016. And this year there were two Best in Show winners, with both fish achieving equal points.

Traditionally the event now hosts the latest Leg of the Fancy Guppy UK League and it was in this section that there were two ‘Best in Show’ winners. Because the fish are judged by statistical pointing, both achieved 83 points. 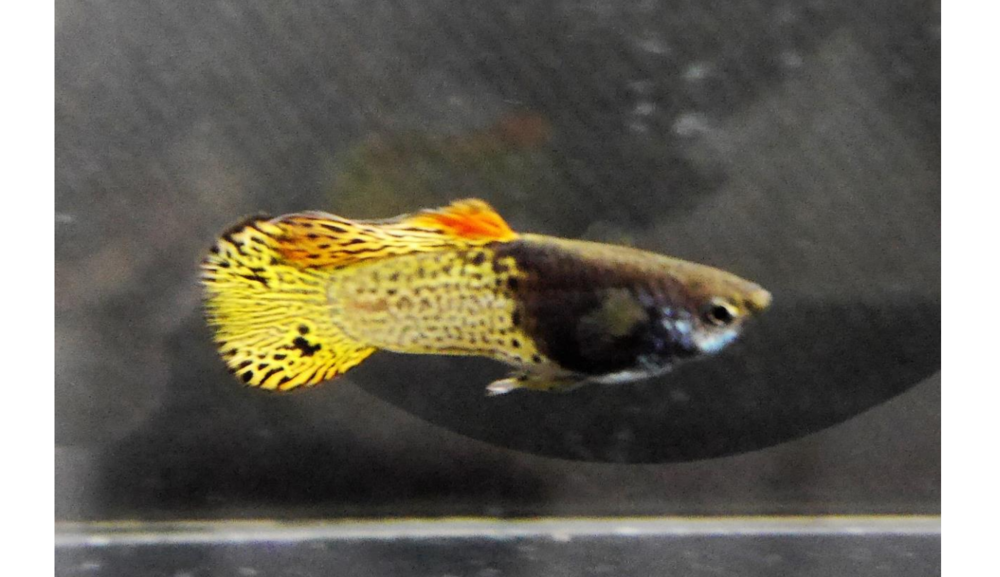 The main Open Show was by the Yorkshire Association of Aquarist Societies and there were 211 entries by the local clubs, Bradford, Ashby, Workington, Ferrybridge, Ryedale, Castleford and – being ‘Friends of’’ – Southend & Leigh and the Anabantoid Association of Great Britain. 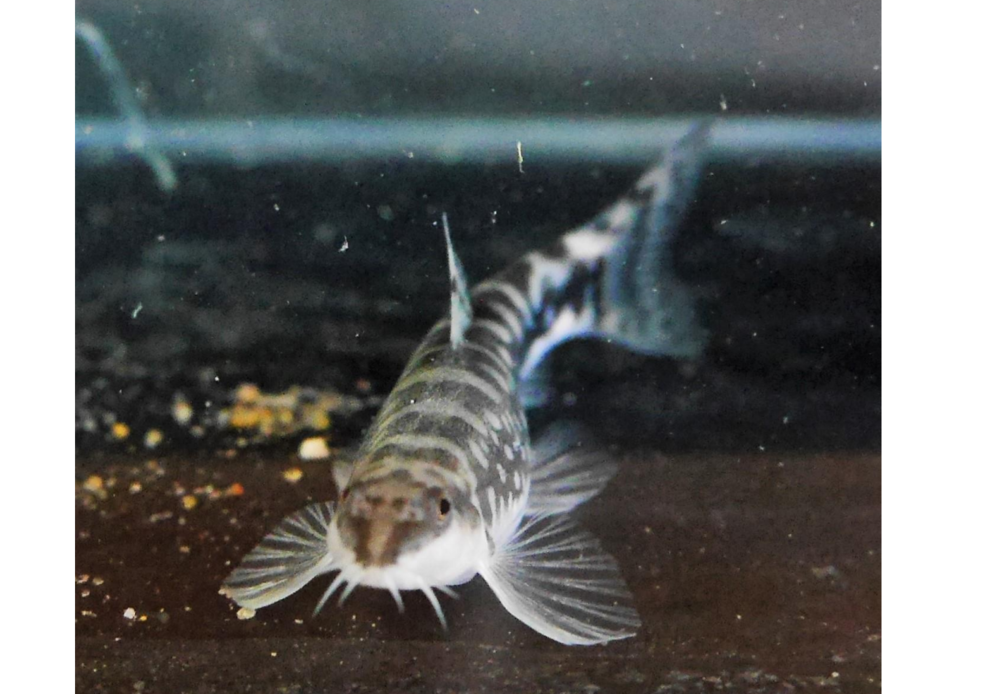 The Best in Show with 86.75 points was a Mesonoemacheilus guentheri, a rare Hillstream loach from India, by Jamie Horne of Castleford AS.

The YAAS Trophies include the Best Exhibit from the Pairs Classes and this was won by Roy Blackburn, also from Castleford AS, with a pair of Bunocephalus larai, the South American catfish that have won awards for Roy at many other shows.

The trophies were presented by YAAS’s Steve Jones — who also ran the three-hour auction, attended by 70 visitors to the Show. 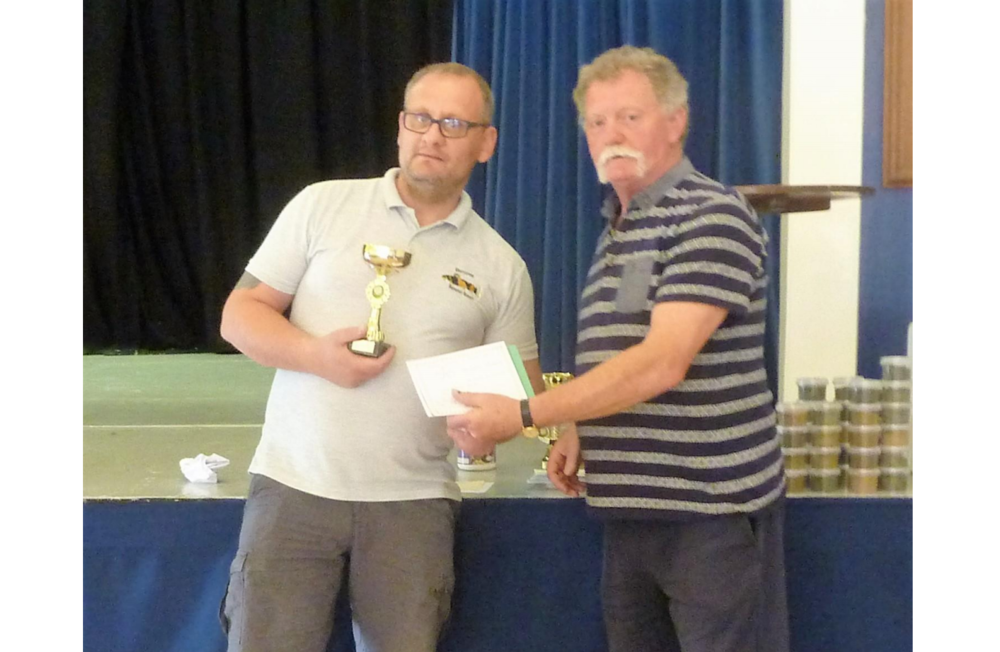 Jamie Horne (left) from Castleford AS receives the Best in Show trophy from Steve Jones. 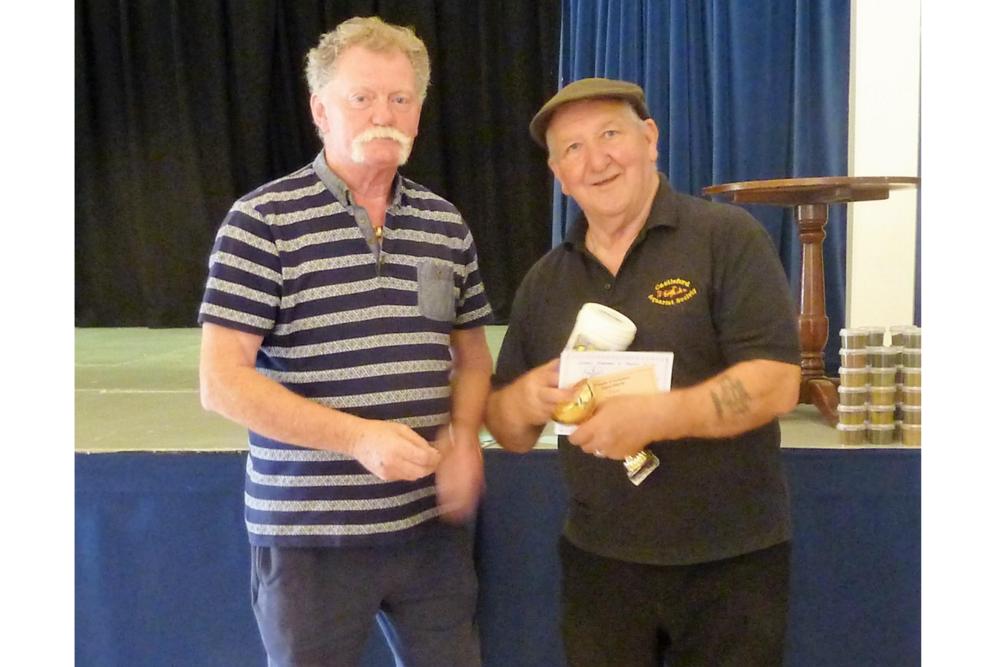 There were stands by Fishphilosophy, Aquarium Gazette, a grand raffle and hot and cold beverages all day.

The next YAAS Shows are in 2017 but the Fancy Guppy UK League will hold another Leg at the Nationwide Goldfish Societies' UK Show on September 24 at Horsehay Village Hall, Bridge Road, Horsehay, Telford TF4 2NF.