The long awaited aquariums to accompany the Fluval Sea range are finally here.

Well over a year in the making, Rolf C Hagen have finally released details on the finished version of their new marine specific aquariums - new territory for the giant Canadian pet and aquatic firm. 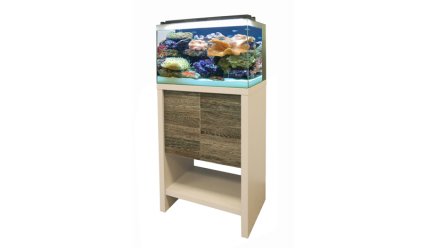 As you can see from the photographs, the heating and filtration are concealed in a chamber that runs along the back of the aquarium.

According to the press release, the Fluval Reef Aquarium Sets are filled with everything you need to create a healthy, clean home for your fish. 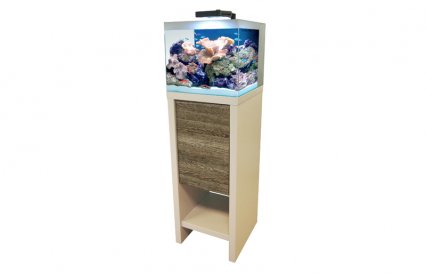 Lighting comes either as a nano lamp for the 40cm model or a strip with the 60cm and 90cm tanks. The lighting launched on its own before the tanks came out, and uses lots of low wattage LEDs to create a broad, colourful 25000K hue. Its waterproof and uses passive cooling, so no noisy fans to go wrong. You could, in theory, add more strips to the larger two models to boost lighting for more demanding corals and, being a lighting junky, I would want to start with at least two for LPS corals upwards. 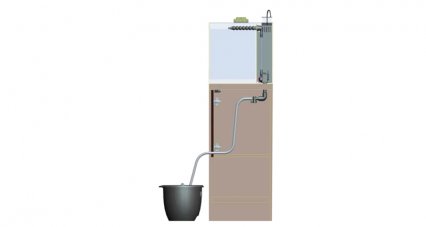 An idea I haven’t seen before is a tap under the tank in the cabinet, which you can use for water changing. Connect to a hose, get a bucket, open the tap and you can drain off up to 20% of the system volume by emptying the back filter compartment while maintaining water level in the main display compartment.

Like the newly launched freshwater tanks the cabinets are very contemporary in design and I like them. The tanks are open topped but not rimless, being edged with a frosted rim instead.

The nature of the marine hobby is very much to tinker with our equipment, and just from the pictures I’m left wondering if I can retro fit the all-important automatic top-up, with room for reservoir in the cabinet, and even an algae refugium in that back chamber, lit by additional LED lighting.

The skimmer is the universal Fluval Sea PS1 for aquariums up to 150 litres volume. I’m keen to set one of these up long term but knowing what I’m like with marines I would most probably escalate to trying to fit a larger skimmer, more lighting and more flow, although for soft corals like mushrooms I’m sure it is more than adequate as is.

Definitely a range to consider and look out for if you are in the market for an all-in-one small to medium sized marine tank but don’t want a system with a sump.